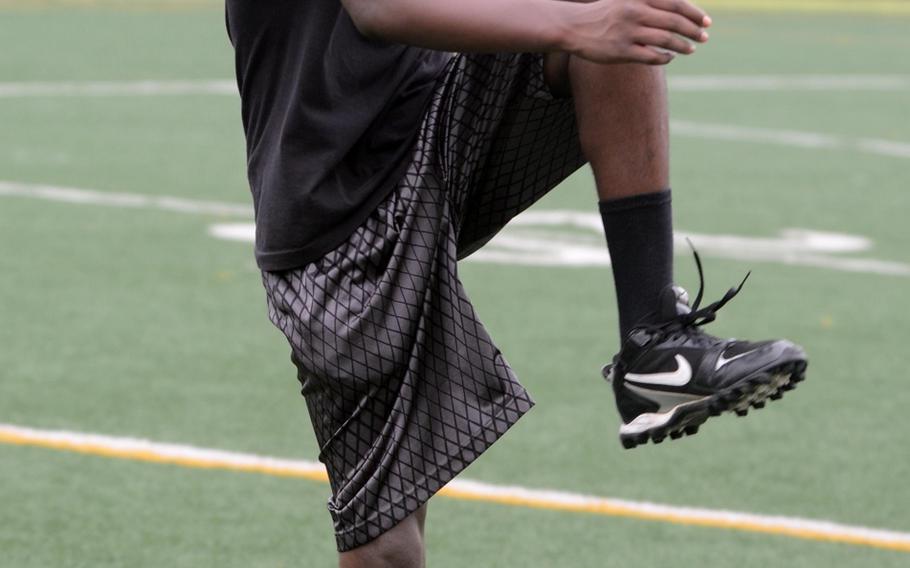 Junior Densier Carnes transfers to Seoul American from AFNORTH and will line up at wide receiver and free safety for the Falcons. (Dave Ornauer/Stars and Stripes)

Junior Densier Carnes transfers to Seoul American from AFNORTH and will line up at wide receiver and free safety for the Falcons. (Dave Ornauer/Stars and Stripes) 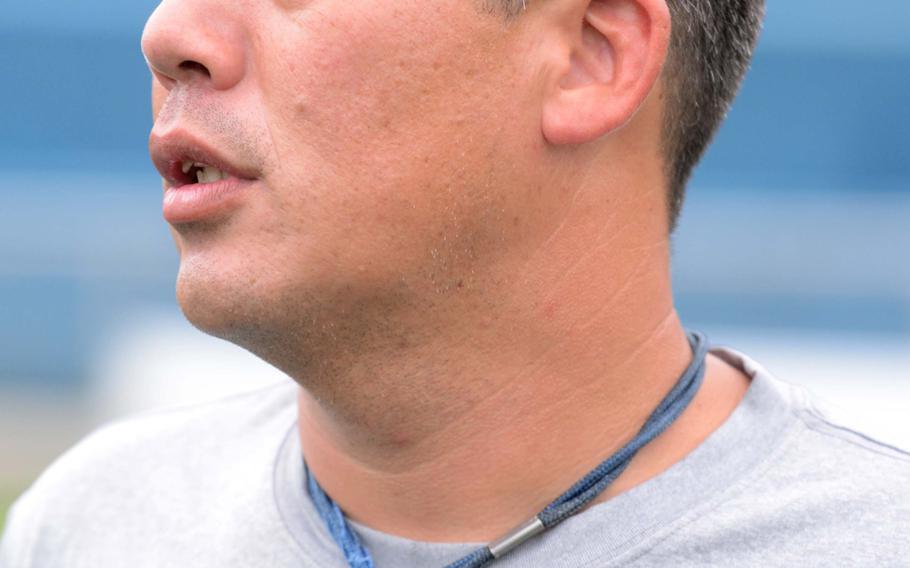 Jim Davis is in his second year as head coach of the Seoul American and in his third year with the program after transferring from Bamburg, Germany. He played for Nile C. Kinnick in the late 1980s, graduating in June 1989. (Dave Ornauer/Stars and Stripes) 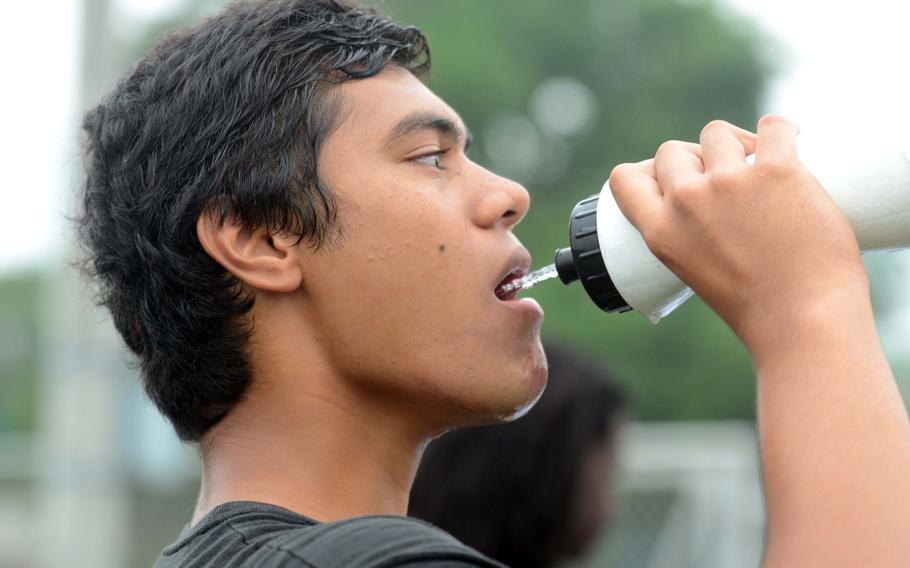 Senior Christian Buckingham transfers to Seoul American from El Paso, Texas. The 6-foot-5 newcomer will line up at linebacker for the Falcons. (Dave Ornauer/Stars and Stripes) 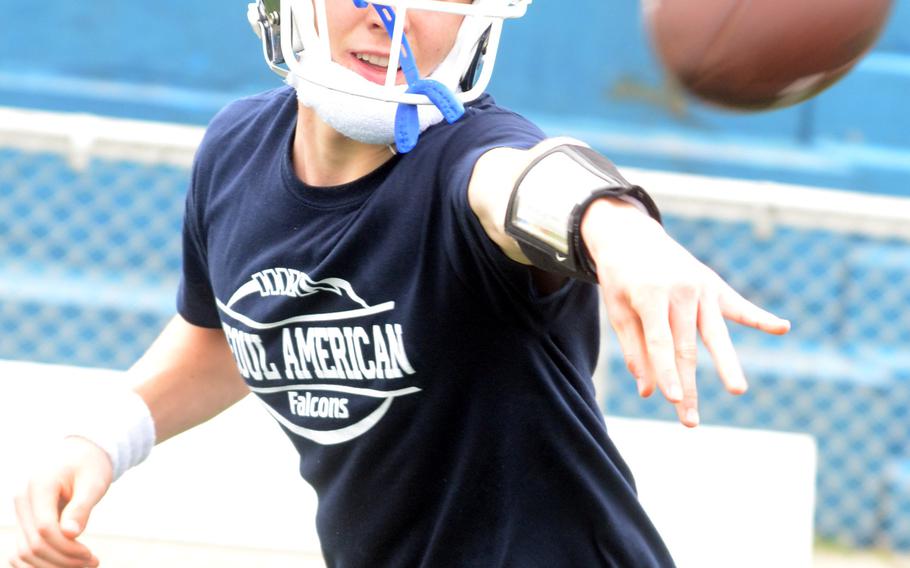 Eighth in a series of high school football previews.

He’d coached Seoul American football for seven seasons, winning two Far East Division I championships in 2006 and ’08, but hadn’t seen a Falcons team with so much size since 2008. “You must have been praying all summer long and somebody answered your prayers,” said Harden, now the Falcons’ junior-varsity coach, to Jim Davis, the team’s head coach for a second season. Harden was speaking of sizeable brothers Christian and Sani Buckingham, fresh off the plane from El Paso, Texas, who’ll play linebacker and defensive end; Densier Carnes, a receiver from AFNORTH; and Lucas Caruso, a junior running back-cornerback from Fort Walton Beach, Fla. It’s the first time in Davis’ three seasons with the team (the first as an assistant) that such a vast wealth of transfers has blessed the Falcons, just as Davis is the first coach for multiple seasons since Harden was at the helm. “I’ve got all these move-ins, but it will take time for them to gel,” Davis said. The early season schedule will help; the Falcons don’t play a Division I game until Sept. 14 vs. Nile C. Kinnick – Davis’ old school, from where he graduated in 1989. “With my best 11 on the field, I can beat most teams,” Davis said. “They’re good kids, they’re working hard and they’re getting better every day. Those are three good things to have.” Davis is especially high on Christian Buckingham, a tall, muscular 6-foot-5 defender who also tried a few turns at running back and impressed. “Christian is just so fast and athletic. Any time you get guys 6-5 and 6-4 off the plane, you’re doing well. He’s going to really show us something this season.” Clearly, it’s the biggest Falcons team since Harden lined up Trinadai Stansel at tailback behind a 265- and 285-pound guard and 290-pound center and just pounded away between the ends. Davis’ offense is more flamboyant, the double wing, but he likes to keep the playbook simple. They’ll find out when the season opens Friday at home against Daegu; in fact, the Falcons play their first four games at home before hitting the road the rest of the way. “The first two games will be a good gauge; Daegu always plays us tough,” Davis said. Should all the parts fall together, is a revisit to 2008 possible? Once the parts fall together, it could happen. “Definitely a realistic goal,” Davis said, adding that with assistants like Jesse Smith and Harden, “I couldn’t be in a better situation to work as a coach and benefit the program. And with this many fresh new faces, we’ll be firing on all cylinders.”ornauer.dave@stripes.com