DODEA-Korea schools finally get back on courts, courses 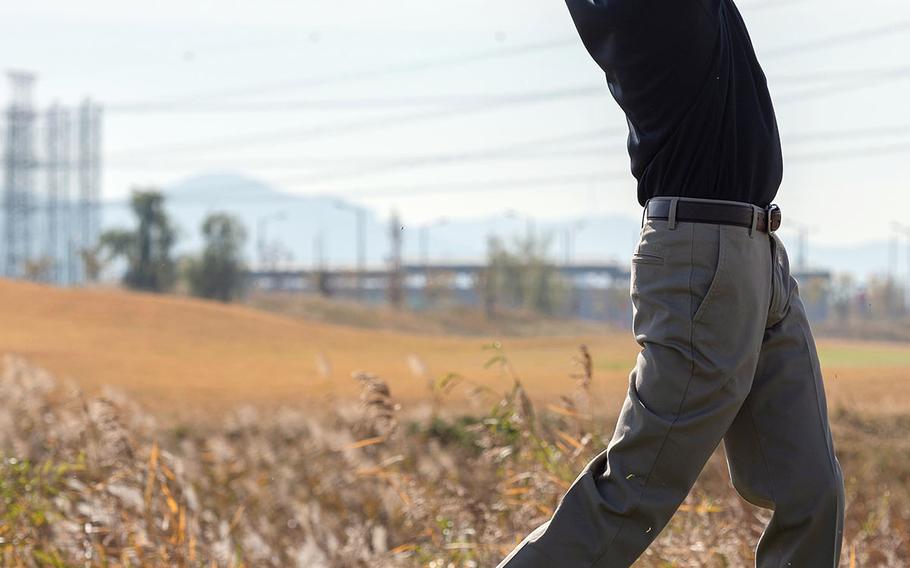 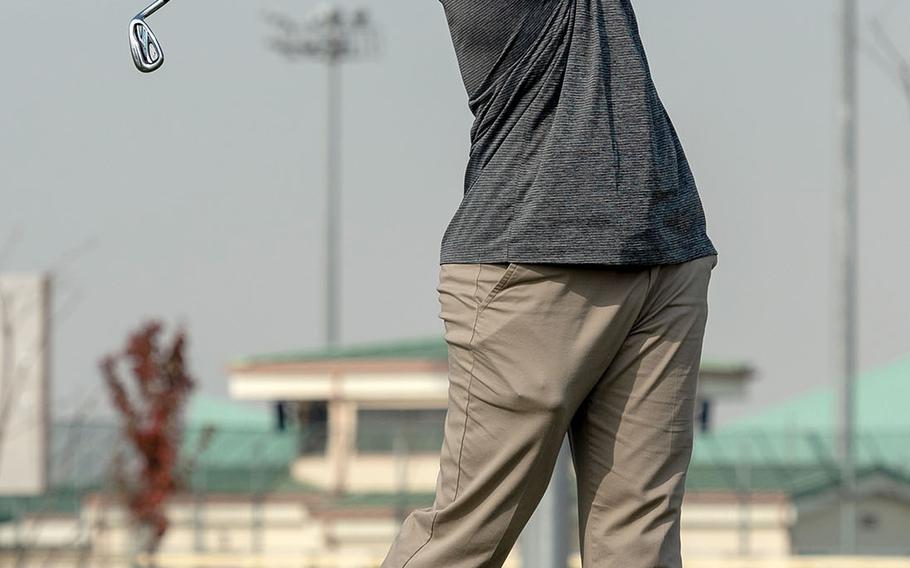 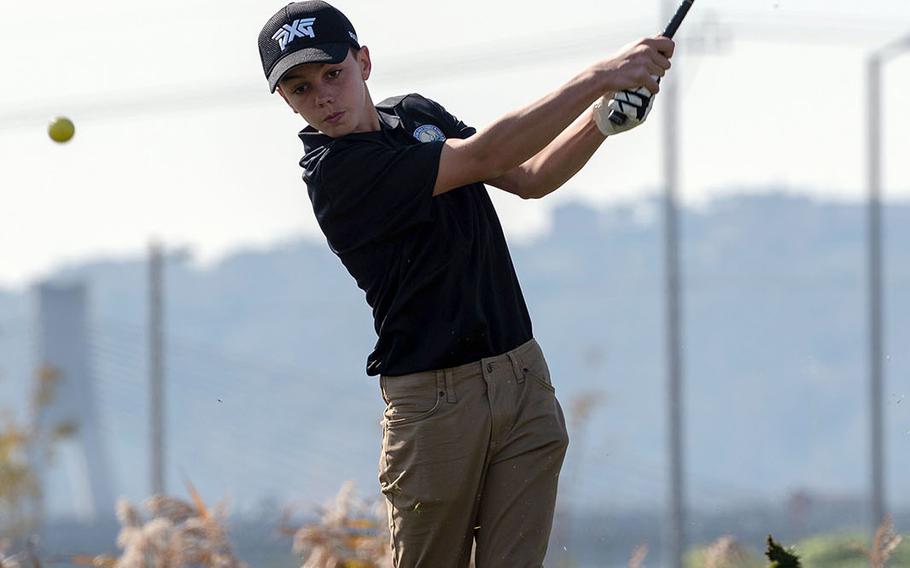 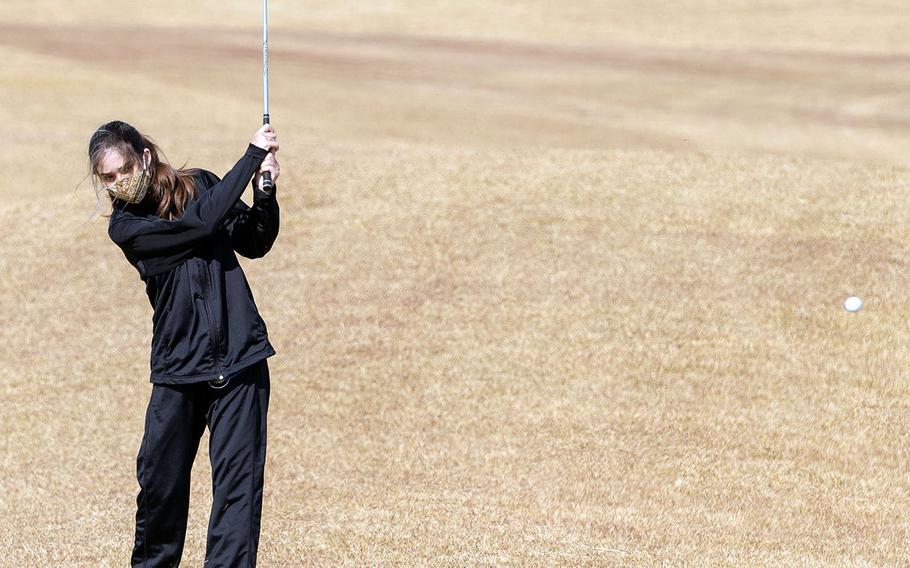 Humphreys golfers ended up playing only against their own teammates. The one girl on the Blackhawks’ roster had to play against a boy (and lost).

Still, coach Scott Rumery and the Blackhawks made history on Thursday as the first DODEA high school golf team in Korea. Under sunny skies, with temperatures in the 60s, they played intra-squad match play at Humphreys’ River Bend Golf Club.

“It’s cool to be the first DODEA school in South Korea to have a golf team and play in competition,” sophomore Ethan Elliott said.

He and nine teammates were split into two squads, Humphreys Black and Gold, for their school colors. The plan was for Osan and Daegu to have golf teams, but they only have middle-school players.

But it’s a start and Humphreys athletics director Ben Pak said he sees the sport growing not just in Korea, but throughout DODEA-Pacific.

“I’m so happy to be involved in the first (DODEA-Korea golf matches) and I look forward to many more tournaments, including the Far East,” Pak said.

Until DODEA-Pacific offered golf as a fall sport, it was only played regularly at Kubasaki and Kadena, and then in the spring.

Okinawa began its fall season in early October. Five of the six DODEA-Japan schools also have begun fall sports but can only offer skills development and conditioning; some play intra-squad competitions.

GolfElliott and Cade White are expected to anchor the Blackhawks’ boys roster, while the girls team remains a “work in progress,” Rumery said, with just one girl on the roster, Kyra Vaughan.

“All team members are eagerly trying to improve their skills and show their strengths,” Rumery said.

VolleyballThis was a sport not initially offered by DODEA-Pacific, but it left open the possibility that it could be done if a school or district offered a plan to do it safely with proper mitigation strategies. Approval was granted earlier this month.

“It’s kind of nerve-wracking, but I’m honestly excited to get on the court and have real playing time,” Berry said. “Not just for me, but for the rest of my team, too.”

Lacie Arb migrates from the softball diamond and Brendan Rouse from basketball to coach Osan’s girls. It’s a young team but it counts among its veterans senior Tailan Hickey, junior Naomi Elliot and sophomores Shaylee Ungos and Angela Serrano.

Three senior captains anchor the Blackhawks’ boys under new coach Ed Rozzi: Chase Tabor, Jonas Lee and Colin Metcalf. The latter is a giant in the middle, following in the footsteps of his college basketball-playing brothers DeAndre and Quintin.

Cross countryAmy Gleason steps in as Humphreys coach. Runners showing promise include sophomore Hanna Chung and senior Max Dickson, a transfer from Wiesbaden in his first season of competitive running.

Daegu and Osan, meanwhile, boast the biggest squads in each schools’ history with coaches Kevin Anglim and Bradley and Brenda Helsel returning, respectively, to the Warriors’ and Cougars’ helms.

Freshman Dean Lentz leads the boys and senior ElaMaree Cooley the girls on a Warriors roster featuring 13 runners, “which for Daegu is huge,” Anglim said.

The Cougars are young but loaded with potential with a roster of 25 runners, Bradley Helsel said. Freshman Parker Hendrickson and sophomore Izzy Rouse headline the boys, while freshmen Gabi Penry and Anna Roth show promise. Penry “is going to be something special,” Helsel said.