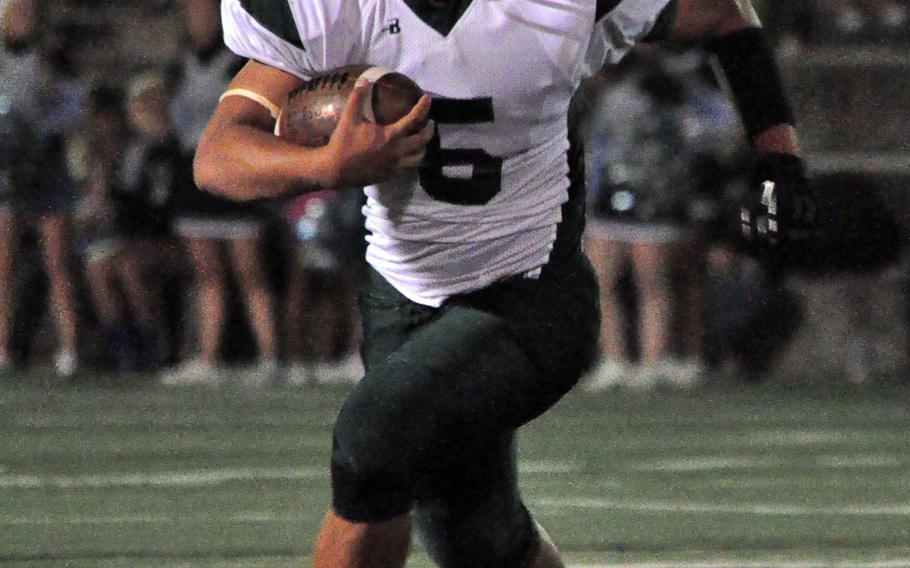 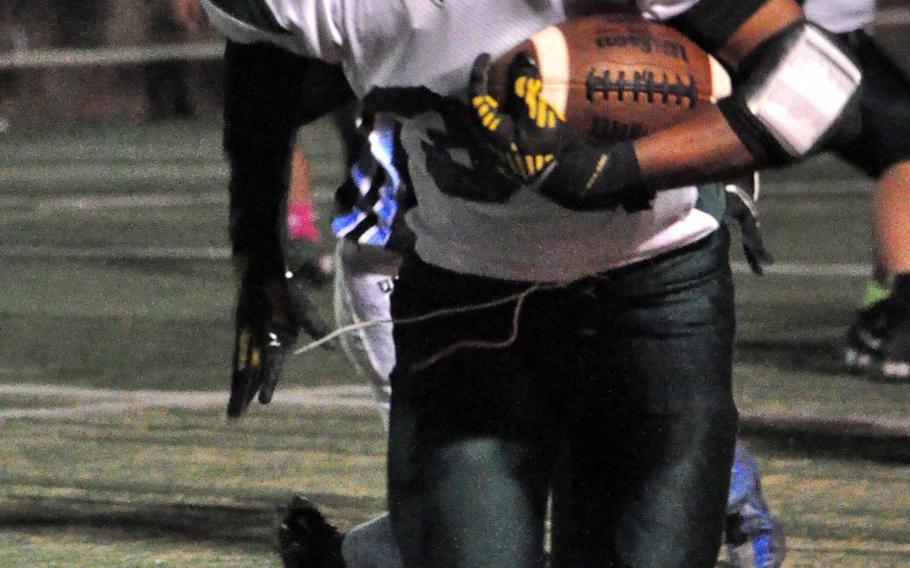 OSAN AIR BASE, South Korea – On a night when starters rested or played relatively few series, DeMarco Andrews made the most of few chances.

The junior running back carried just five times, but for 240 yards and four touchdowns, completed a pass for 30 yards and had two returns for 60 as Daegu completed a season sweep of Osan, winning 38-6 Friday at Cougars Field.

“He’s a great talent. He was the difference,” said coach Don Tusha of the Cougars (0-5) about Andrews.

And with the win, coupled with Nile C. Kinnick’s loss at American School In Japan, the Warriors are now the only unbeaten DODDS Pacific team at 5-0, all five wins coming against DODDS Korea D-II teams.

“From where I started with 19 kids, four freshmen starting, lost my whole coaching staff and my seniors,” Daegu coach Ken Walter said.

“It’s something the kids have set their minds to. They’re getting better each week. But like DeMarco said, we haven’t won anything. We’re going for a championship.”

It was a game in which Walter divided his charges into green and white teams and primarily played young players. Eight different backs carried the ball and three players lined up at quarterback. Starter DeAndre Rosalie played just three series.

Backup quarterback Jonathan Evans rushed 12 times for 75 yards and was 3-for-5 for 60 yards passing, including a touchdown to Jon McCarty. Jarvis Stokes ran five times for 57 yards.

For Osan, Jamie Dawson scored on a 1-yard keeper. Starting quarterback Wesley Hardin was out with a concussion and three other players sat in the first half for what Tusha said were “various reasons.”

“We tried to be competitive,” he said. “We were a bit skinny all the way around. We had a hard time moving the ball, but it was more getting in our own way. We stopped ourselves. But the boys fought really hard. They played a lot better.”