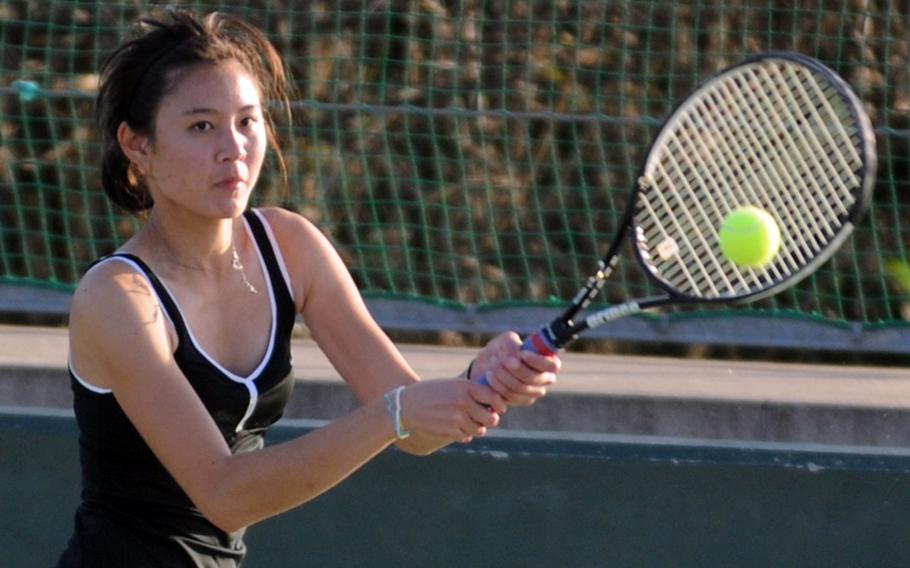 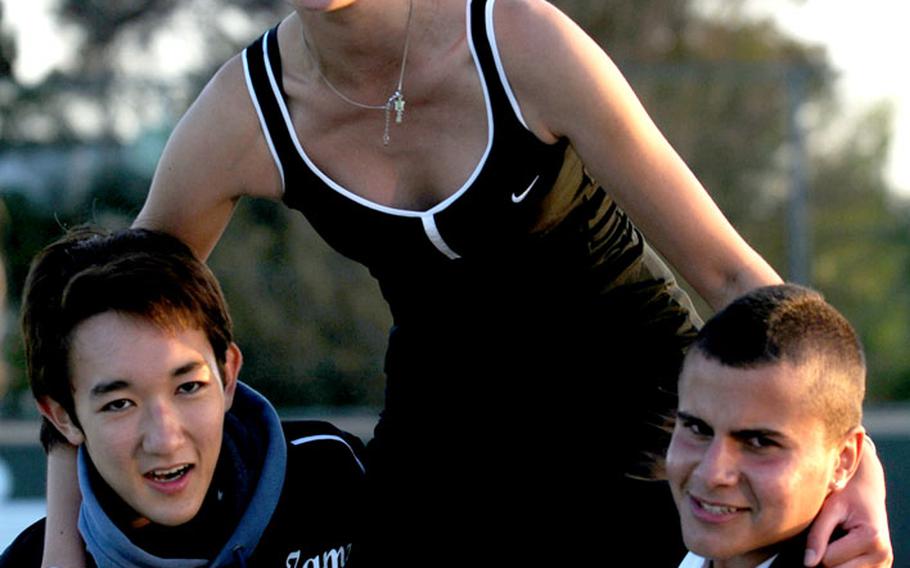 &ldquo;I was just playing my game, being aggressive when it was time and being consistent when it was time, so when an opportunity came for a point, I took it,&rdquo; Burke said.

With the victory, Zama American&rsquo;s girls took third as a team in the tournament &ndash; a school-best finish.

Tuesday&rsquo;s final looked like an instant replay of last year&rsquo;s 6-2, 6-4 victory by Leon over Ettl. Burke spent most of the match pinning Ettl to the baseline and making her chase down groundstrokes on the Shirako complex&rsquo;s Omni courts.

&ldquo;She used the corner-to-corner strategy and it worked,&rdquo; said Ettl, who beat Burke in the regular season&rsquo;s first match. Ettl trailed Burke 5-2 in the DODDS Japan finals on Oct. 22 at Yokota when play was suspended by rain.

&ldquo;Kanto was basically our goal,&rdquo; said Brophy, whose brother Ken won the Far East Tournament doubles title with Kenta Takahashi four years ago. &ldquo;Now, we want to win Far East doubles, too. I want to follow my brother&rsquo;s footsteps.&rdquo;

On the boys side, ASIJ, thought to be rebuilding after losing its entire lineup, including reigning singles champion Max Negami, to graduation, came away with first place as a team and the boys singles and doubles titles.