Matthew C. Perry's Caeleb Ricafrente bulls ahead for yards against Zama. (Gabriel A. Ratcliffe/Special to Stars and Stripes)

Matthew C. Perry's Caeleb Ricafrente bulls ahead for yards against Zama. (Gabriel A. Ratcliffe/Special to Stars and Stripes) 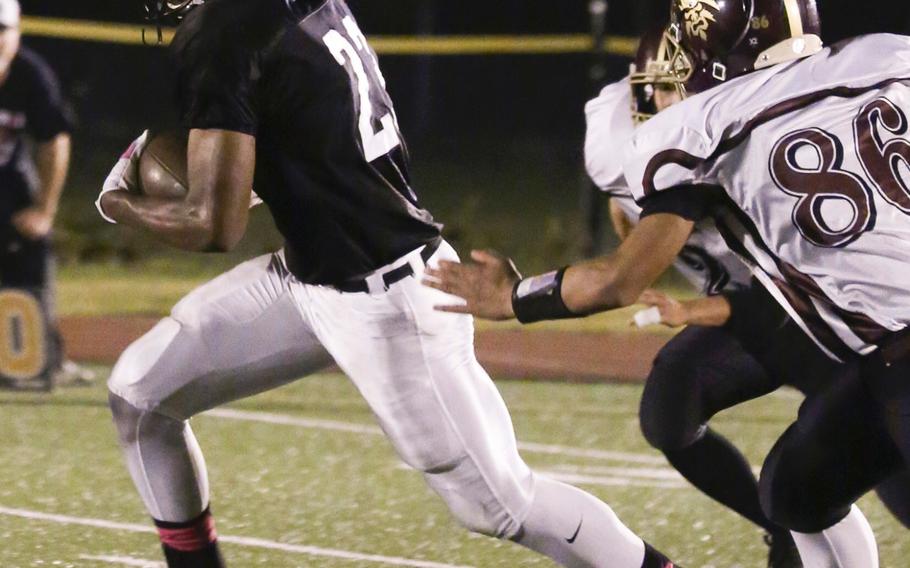 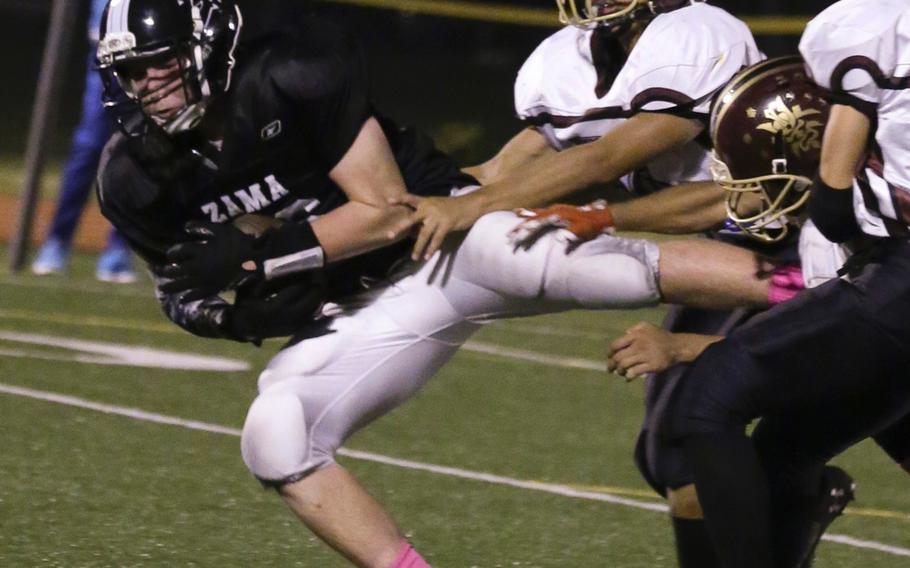 Zama's Josh Atkinson tries to slither out of the tackle of Curtis Grey of Matthew C. Perry. (Gabriel A. Ratcliffe/Special to Stars and Stripes) “He had a monster game,” coach Frank Macias said of Brown, a sophomore and a two-year starter for the 2014 Far East Division II runner-up.

But it wasn’t easy. “Zama brings hat,” Frank Macias said. “Their defense was tough. They play hard. It was tough going. Zama played hard for four quarters. We got some breaks and our defense helped us out. To rise 12 hours on a bus and play on the same day, the kids rose up.”

The victory came hours after the Samurai learned that they’ll get a seventh game this season, instead of concluding the campaign on Friday.