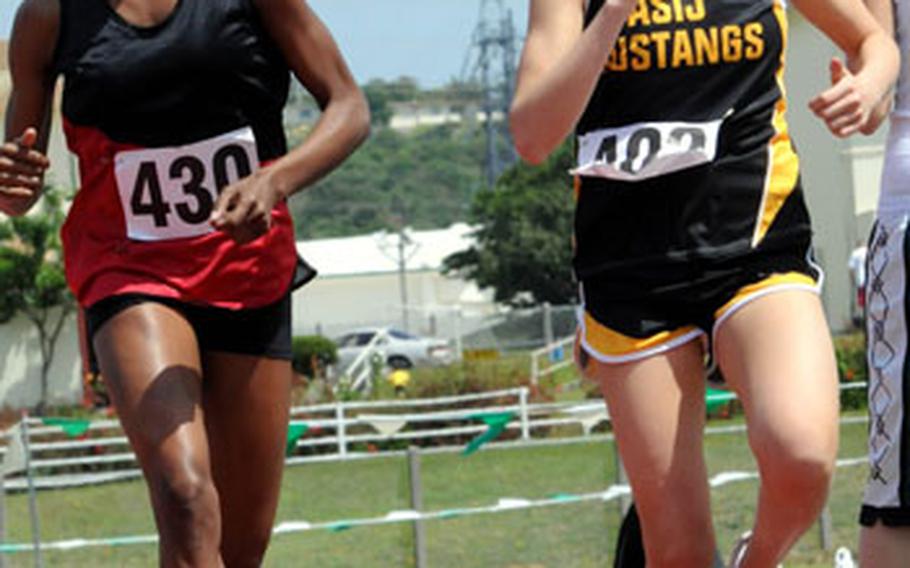 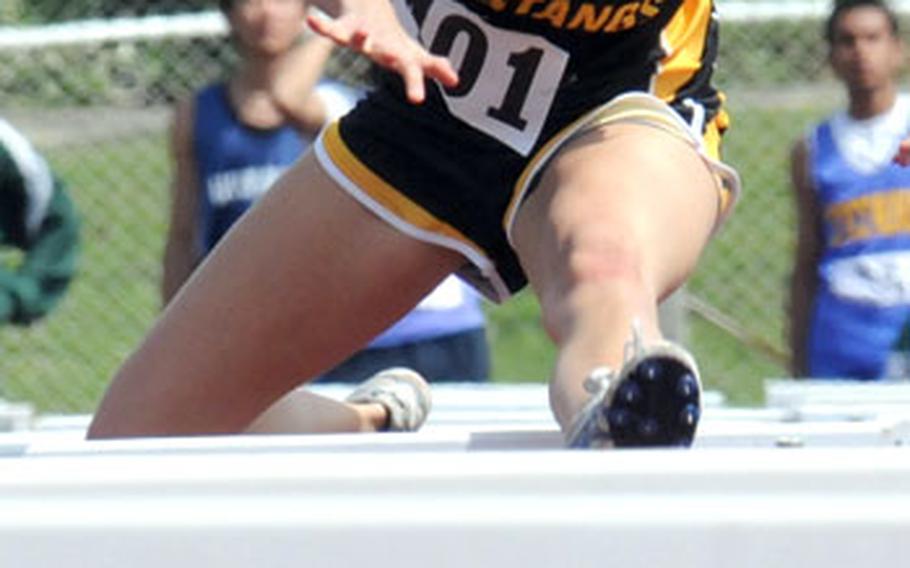 "The kids want to compete and better themselves," STC coach Kevin Madden said after Saturday&#8217;s running events ended. "Given the opportunity, the kids will take it. We&#8217;re excited."

He had every reason to be.

Lieberg and Taylor began STC&#8217;s gold rush on Friday by winning the boys shot put and discus and the girls long jump.

"She&#8217;s Division I material," Madden said of Taylor, who had had no training before winning the long jump &#8212; in fact, had last seen a long jump pit during the Kanto Invitational last May in Tokyo. "She puts her heart and soul into it."

Madden describes Ingram, a freshman, as having "incredible national-level potential. She&#8217;s the single most talented athlete I&#8217;ve seen in my 30 years of coaching."

Madden believes STC&#8217;s success should attract more runners for his club. "Absolutely. If Seoul American had a track program, we would have won this easily," he said.

Kadena coach Sergio Mendoza believes his boys team, with three star sophomores, can someday measure up to the "Great Eight" of 2006 and &#8217;07, which dominated Petty and the Kanto Invitational.

"These guys are young. They can catch that," Mendoza said. "We feel we have the makeup of something really special."

Two more records fell Saturday, making it four for the meet, the fewest since the meet was established in 2003.

Zion Christian Academy&#8217;s Sarah Wilson broke her own girls 400 record set the night before in qualifying. She was clocked in 59.22 seconds, and American School In Japan&#8217;s Gwen Thornton joined her as the first sub-1-minute runners, in 59.7.

"She did well today," coach Keefe Wilson said of Sarah Wilson, who said her goal is to try to reach 58 this season. "She did a good job."

Kadena&#8217;s boys topped their own 400 relay mark of 45.28 set two years ago. The Panthers bested that by a tenth of a second, but said they weren&#8217;t satisfied after running 43s in two previous regular-season meets.