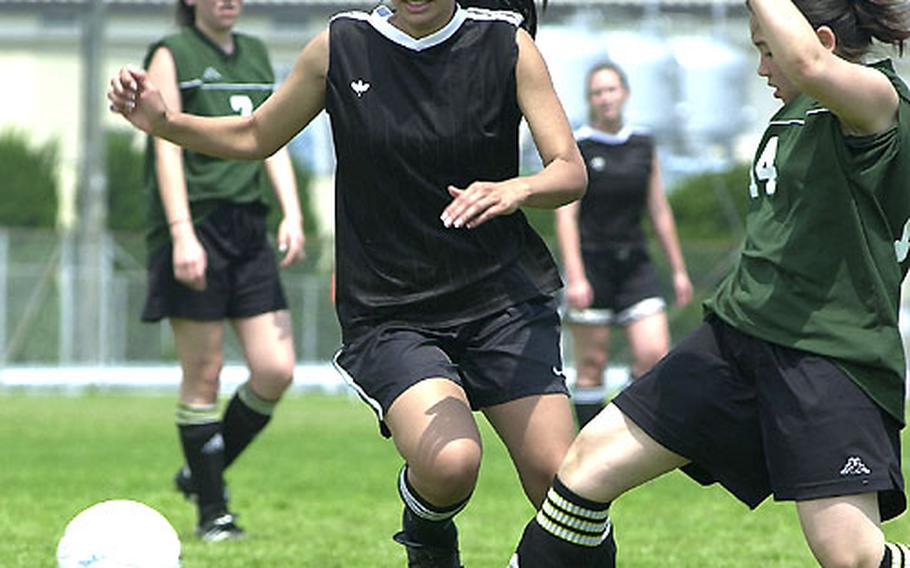 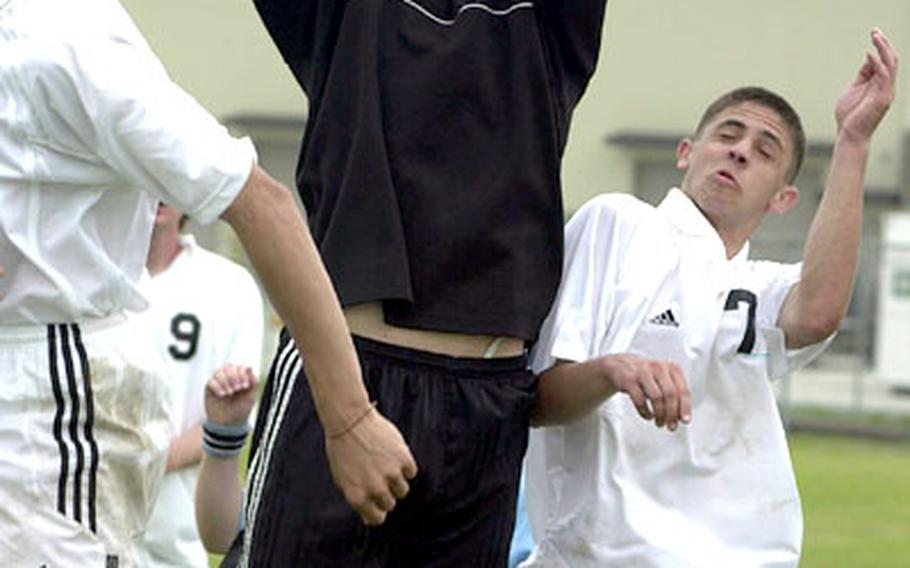 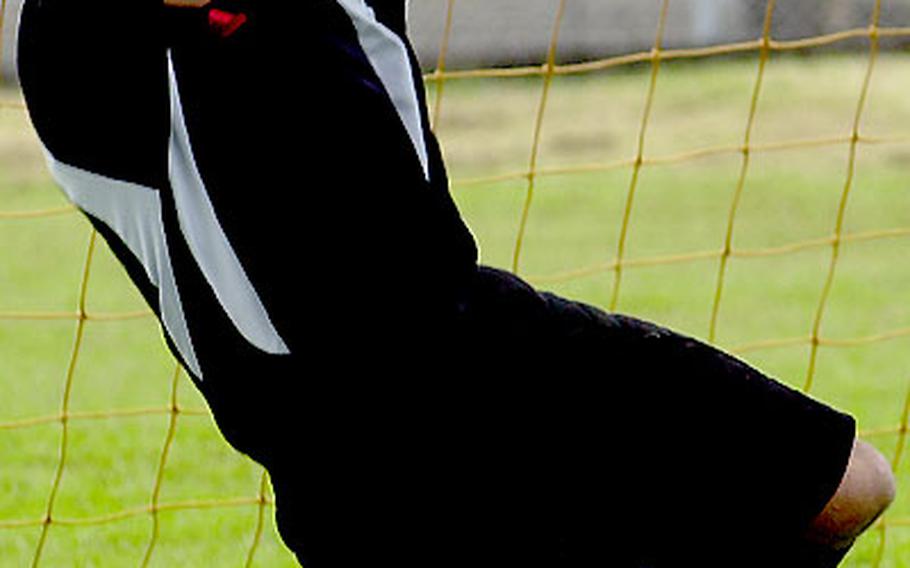 Osan American goalkeeper John Paul Conde stops a shootout penalty shot. It was in vain, though, as host Matthew C. Perry won the shootout for a 1-0 victory. (Dave Ornauer / S&S) 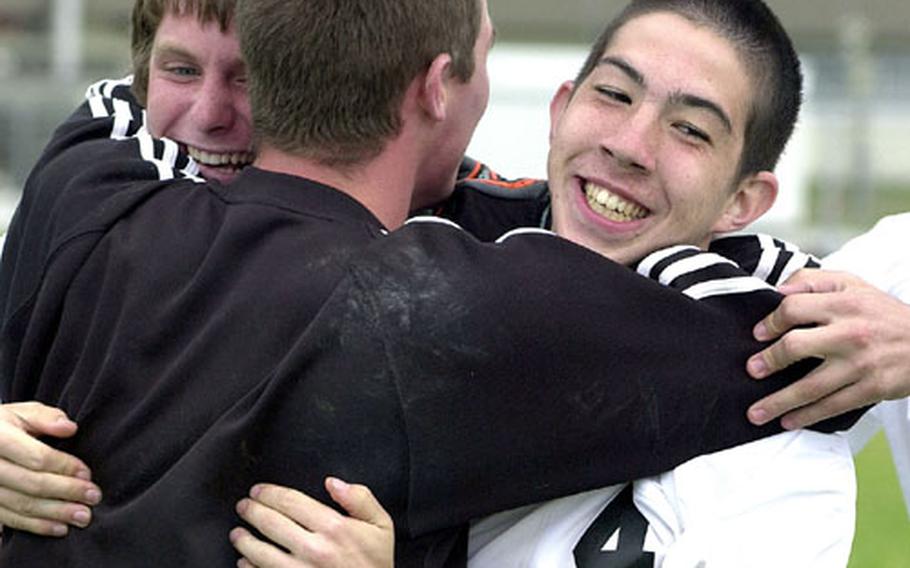 (Tuesday&#39;s boys and girls game summaries at end of story.)

IWAKUNI MARINE CORPS AIR STATION, Japan &#8212; Justin Biskup had never taken a penalty kick in his life. He made the most of his first experience.

The center-back scored in the eighth round of a penalty-kick shootout on Tuesday, sending host Matthew C. Perry to a 1-0 shocker over Osan American of South Korea in the second round of the Class A Far East High School Boys Soccer Tournament.

Biskup&#8217;s heroics lifted Perry to within one win of its first Class A final.

Conde dove to his right as Biskup&#8217;s line-drive shot buzzed over, smacked into the upper middle of the net and sparked a wild celebration at midfield.

Riegel made 11 saves in regulation, compared to six by Conde, who said simply he got beat by Biskup.

The result created a lengthy path to Wednesday&#8217;s championship round for Osan, but Conde remained confident.