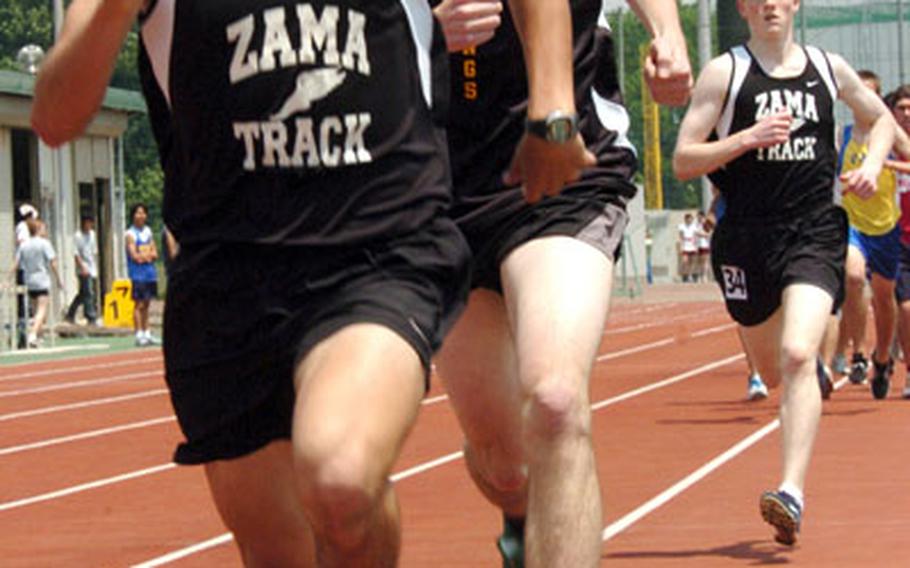 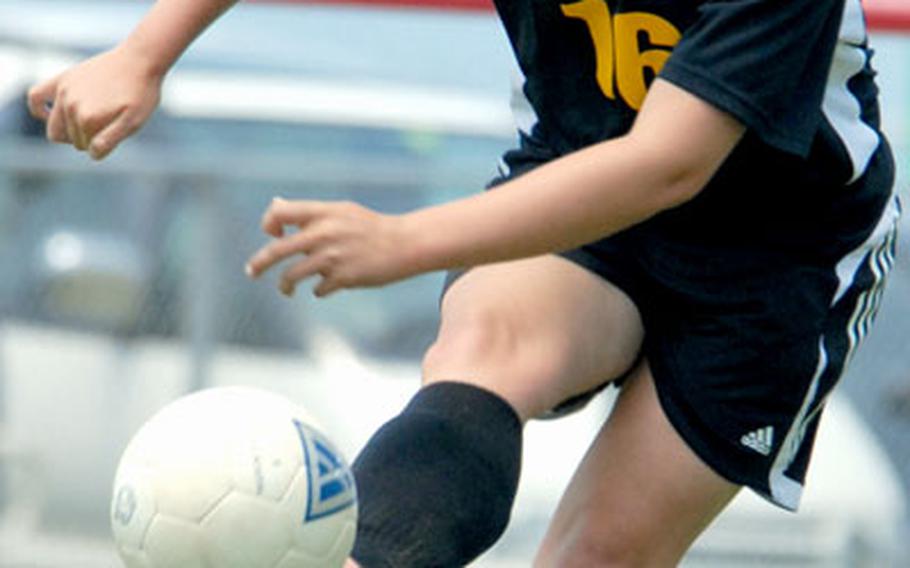 TOKYO &#8212; Despite running into a headwind, Zama American&#8217;s Andrew Quallio dominated the boys&#8217; two-mile race with a career-best time of 10 minutes, 11.6 seconds in the Kanto Plain Association of Secondary Schools track and field championship.

&#8220;The first four laps was interesting having that guy on my shoulder,&#8221; Quallio said, referring to runner-up Sam Krauth of the American School In Japan. Krauth wound up 13.2 seconds behind Quallio in the meet held on Saturday at Niiza Park in Tokyo&#8217;s western suburbs.

The sophomore remained unbeaten in the event meters this season and beat his personal best by nearly 5 seconds.

American School In Japan won the girls title with 187&#189; points, as sisters Catherine and Gwen Thornton combined for seven gold medals. Zama was the best DODDS entry, fifth with 39 points.

Yokota coach Beau Veazey said he was missing several athletes Saturday, with many opting to prepare for the school&#8217;s prom later that night at the New Sanno Hotel in Tokyo. His boys squad finished sixth (7 points), and the girls were eighth (6).

In other events, Zama sophomore Tiffany Thompson won the girls shot put, stunning the field with a personal-best toss of 7.79 meters. It was her first victory this spring.

She also picked up some confidence heading into the season-ending Kanto Plain Invitational, scheduled for Saturday at Central Tokyo&#8217;s Kinuta Park.

Coming into Saturday, she hadn&#8217;t lost in either discipline all season. She finished behind discus champion Emily Strack of International School of the Sacred Heart, a U.S. State Department dependent.

On the boys side, Kinnick shot putter Corey Bauhs capped a perfect season Saturday. He grabbed third in the discus.

And just in time.

Brown, scheduled for a root canal this week, will likely miss the Kanto Invitational, expected to include Okinawa powers Kadena and Kubasaki, along with the Seoul Track Club, featuring athletes from Seoul American and Taegu American in South Korea.

Though Kubasaki&#8217;s boys lost a great deal of their firepower from last year&#8217;s second-place Class AA team, one of those graduates, Eric Isley, still feels the Dragons can go far in next week&#8217;s tournament at Kadena Air Base, Okinawa. Isley is still on Okinawa, working by day and playing for Peru, a Japanese club team, by night. Peru beat Kubasaki 2-0 Friday.

The Pacific&#8217;s career goal-scoring leader for girls, Kadena graduate Dianne Abel, has watched her former team play four matches since returning for summer vacation from college in the States. Abel said she feels it&#8217;s better to wait until the Class AA tournament at Yokota is done before making comparisons.

They&#8217;ll try to make up the games Saturday, the final day of the regular season, at the Lombardo Field FourPlex on Yongsan Garrison in Seoul.