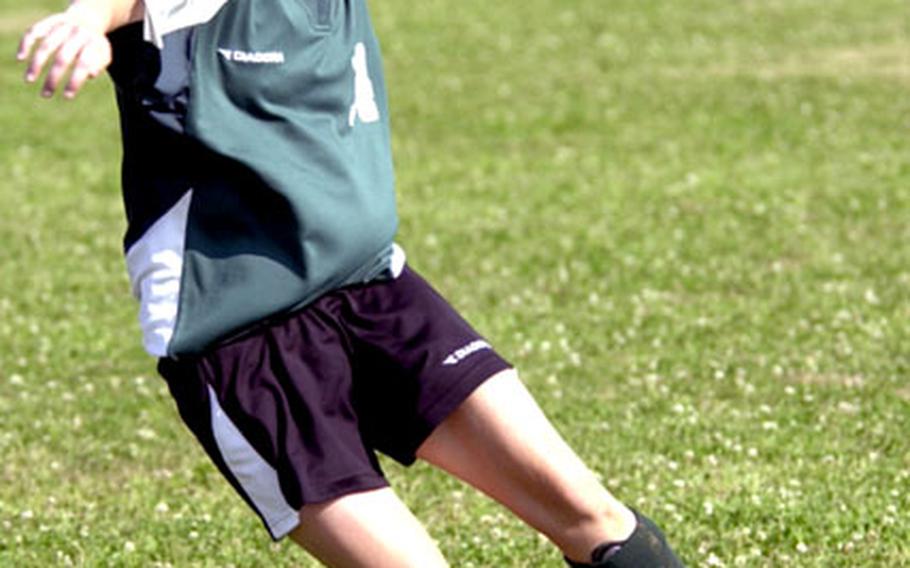 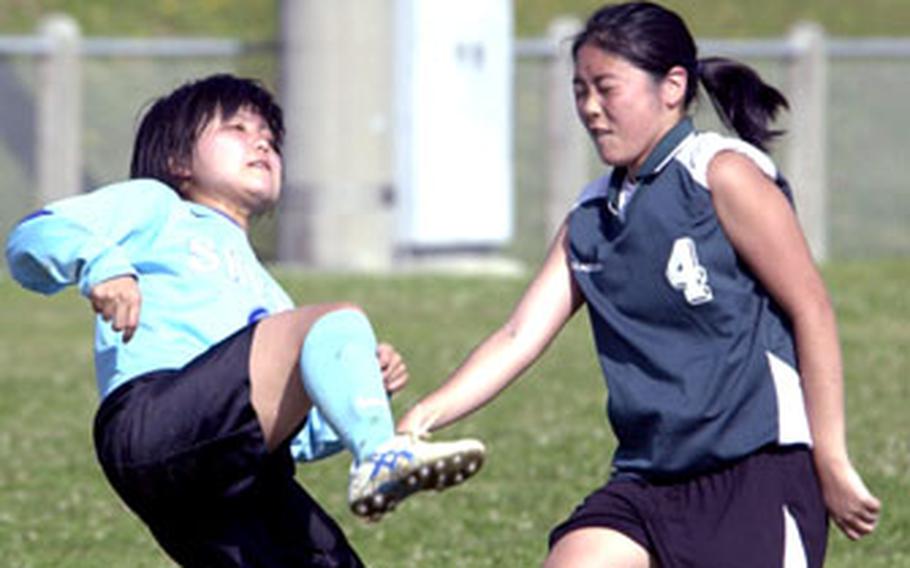 &#8220;They&#8217;re impressive,&#8221; Yokota girls coach Matt Whipple said after his Panthers took one on the chin thanks to goals by Mia Angelella, Alyssa Rodriguez, Charlene Underwood and Johanna Six. &#8220;They have girls who can control the ball and they have strong legs. Their midfielders play well and their strikers all shoot the ball.&#8221;

The Eagles are on pace to eclipse their 11-5-2 mark of last year, though they appeared to be in rebuilding mode after losing two-time All-Far East striker Jessica Allibone (graduation) and Stephanie Patrick (transfer).

Katy Keene (7 goals), Angelella (6) and Underwood (5) are providing the firepower for a team that has one senior and one junior.

After losing four-year All-Class AA striker Erin Foote (146 career goals) to graduation, Chumley said offense might be a worry for the team, which has finished second in Class AA the past two seasons.

Instead, freshman Kara Koeneke has stepped to the fore, scoring four times in the Dragons&#8217; first two games, three in Saturday&#8217;s 6-0 shutout of Shuri, a Japanese high school team.

The Cougars blanked Taegu American 3-0 on Saturday, their first victory since opening the season March 4 by beating International Christian-Uijongbu 6-0.

Coach Tony Alvarado felt the turnaround began the night before in a 2-0 defeat at Seoul American, which also came without injured starters Carlos Albaladejo and Kevin Finch.

Seoul American girls looking ahead to Seoul ForeignStill doing a slow burn over a 2-1 loss last Wednesday at home against Korea league-leading Seoul Foreign, the Seoul American Falcons righted themselves by shutting out Osan American 2-0 on Friday and downing International Christian-Seoul 4-1 on Saturday on their home turf. Whitney Grandy (6 goals) scored once in each match.

But the Falcons are seeking payback against Seoul Foreign, and hope their rematch on April 5 on the Crusaders&#8217; home ground will provide it.

&#8220;We&#8217;re so determined when we play them again,&#8221; coach Lori Cannon said, adding that she expects all her Falcons to be healthy for the second go-round, and even if the rematch goes the same way, she hopes the Falcons can repeat their Korean-American Interscholastic Activities Conference tournament title in April. &#8220;We&#8217;re definitely looking ahead.&#8221;

Coach Tim Pujol shifted Jimmy Threatt into Bernardo&#8217;s sweeper spot, while Tom Gass moved to stopper in place of Scott Monahan. He moved to center-midfield, while Stefan Welch, who&#8217;s occupied that spot since his freshman year two years ago, shifted to forward, where he assisted on two Yokota goals.