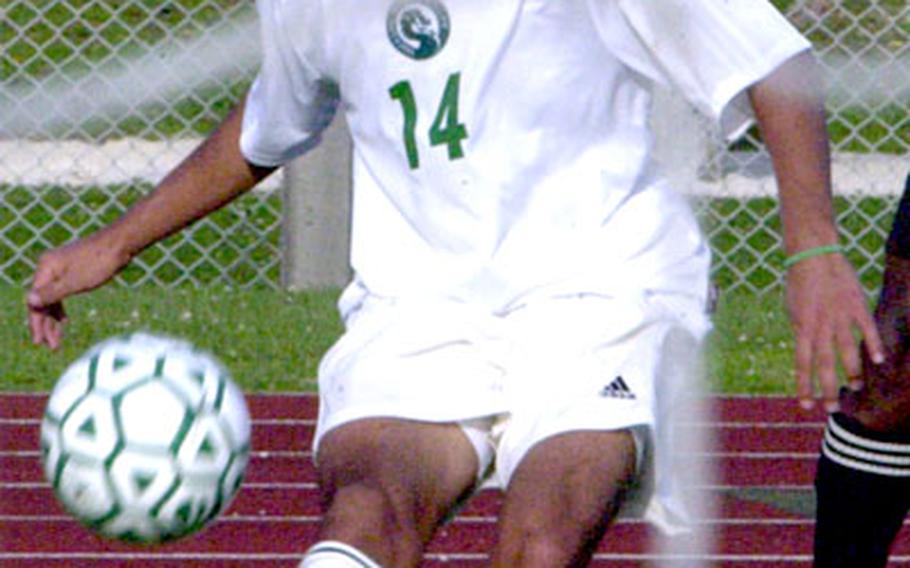 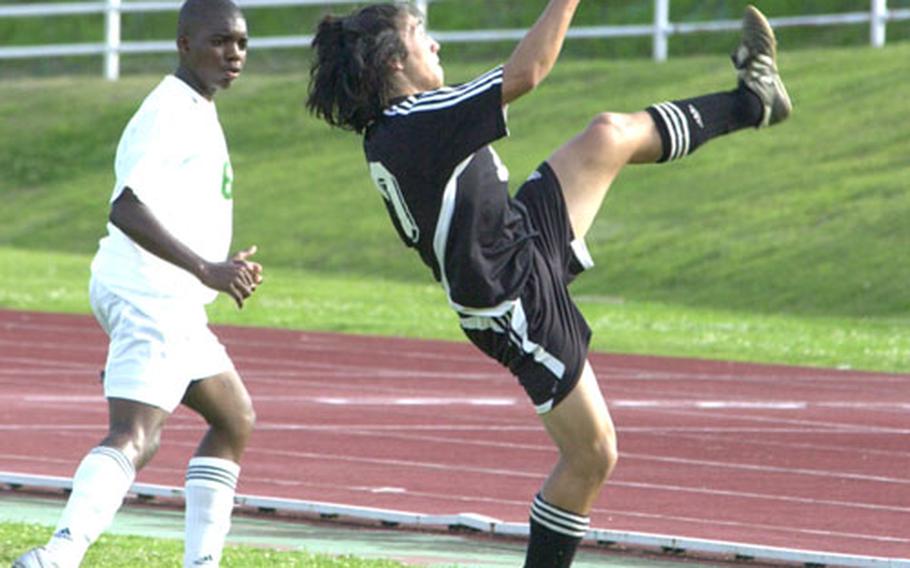 While Nile C. Kinnick keeps adding to its stash of girls soccer championships, the Red Devils may have also found a new scoring weapon in Sarah Greenert.

The senior has six goals in her last two matches, the last two coming on Wednesday as Kinnick avenged the only blemish on its season record, a tie last month against the American School In Japan, by beating the Mustangs 2-1.

The victory improved the Red Devils to 15-0-1 on the season, and gave them the Kanto Plain Association of Secondary Schools title to go with the Japan Soccer League championship they won back in March.

Normally a defensive midfielder, Greenert has taken advantage of the handful of scoring chances she&#8217;s gotten when coach Nicolas Hindie moves her forward from time to time during matches. &#8220;I guess I just found the ball and my teammates got me there,&#8221; she said.

Greenert has become the fifth Red Devil striker with 10 or more goals this season. That&#8217;s a record for a team that Greenert says is primed for next week&#8217;s Far East Class AA tournament on Okinawa, where the Red Devils hope to duplicate Final Four finishes in 2003 and 2004, and perhaps reach their first championship match since losing 1-0 to Kadena in 2000.

Kadena boys win rubber game; Panthers girls finish sweepThe 2006 Okinawa "Rumble on the Rock" boys soccer season series between Kadena and Kubasaki couldn&#8217;t have been more even at a win, a loss and a draw each entering Wednesday&#8217;s rubber match at Kubasaki&#8217;s Mike Petty Stadium.

Defending Class AA runner-up Kadena came away with the victory in the finale, as Nathan LaGrave converted a penalty kick in the 51st minute to snap a 1-1 tie and the Panthers held on for a 2-1 triumph.

Kadena coach Mike Callahan called the verdict typical for two teams that have met twice in Class AA championship matches, Kubasaki winning in 2001 and Kadena in 2004.

Kadena is the all-time leader in boys Class AA titles with three, while Kubasaki has two. The fever pitch of some of those matches is great preparation, Callahan said, for Far East, starting Monday at Yokota Air Base, Japan.

While Kadena won the season series, its streak of minutes played without allowing a goal came to an end at 516 when Kubasaki&#8217;s Chris Monroy banged in a rebound of a shot that Panthers goalkeeper Ted Awana managed to halt at point-blank range.

While defense had been a strength for Kadena&#8217;s boys, it was a worry for Panthers girls coach Hoa Nguyen until Wednesday, when goalkeeper Helen Schrock and Kadena blanked Kubasaki 4-0 for the first time in four tries this season just after the boys match.

&#8220;The last two weeks, we&#8217;ve been stressing defense, that defense wins championships. Today, we reached our goal; we shut them down,&#8221; Nguyen said after Schrock made six saves and even assisted on Dianne Abel&#8217;s 35th goal of the season and the 152nd of her career. Pacific season leader Jen Abel scored twice, giving her 42 on the season.