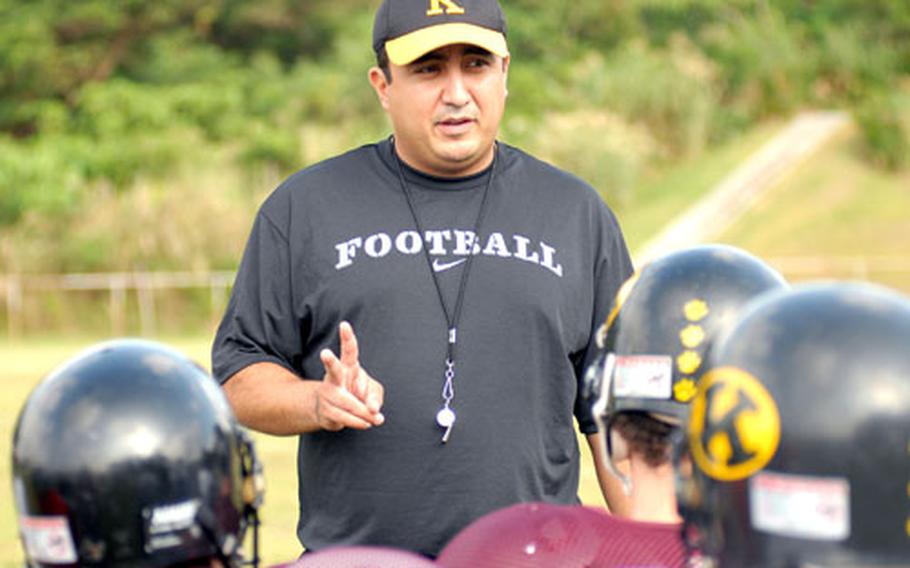 And in his fourth year as FEAC chair, Don Hobbs, DODDS-Pacific Director Nancy Bresell and coaches are hailing the playoff as a smashing success.

Added Bresell: &#8220;Everybody wants a championship in their sport. ... It&#8217;s going to result in greater pride on the part of the schools, their students and their communities.&#8221;

Osan American of South Korea crowned itself Far East Class A champion for schools with enrollments of 360 and less Nov. 5, rallying from 14 points down to beat Robert D. Edgren of Japan 16-14.

Even more drama unfolded in the Class AA playoff for schools of 360 students and over. Seven-time Japan Football League champion Yokota took a 36-game winning streak into its semifinal clash with Seoul American but lost to the Falcons 13-10, also on Nov. 5. The next Saturday, Kubasaki of Okinawa captured the title by ending the Falcons&#8217; 25-game winning streak 38-8.

As to logistics, Hobbs said, &#8220;everything went very, very well.&#8221; And all the districts hosting semifinals and championship games this year plan &#8220;to build on the success of what occurred last year.&#8221;

Hobbs discussed the Far East football playoffs and other &#8220;state of DODDS-Pacific sports&#8221; issues during a wide-ranging interview earlier this month in his Torii Station office.

This year&#8217;s playoff pairings are set. On Nov. 4, Osan travels to Misawa Air Base for a Class A title rematch with Edgren and Okinawa Activities Council champion Kadena visits Yokota and Seoul American travels to Guam High for the Class AA semifinals. The Seoul-Guam winner hosts the Class AA championship Nov. 11.

Even the lead-up to the playoff has seen its share of drama. On Oct. 13, Yokota trailed 28-16 in the third quarter but rallied past Nile C. Kinnick 29-28 to clinch its eighth straight JFL title. And Osan scored its first win over Seoul American in school history.

Still, he said, the playoffs have had their hitches and glitches.

The main problem, he said, is arranging travel. For example, Okinawa champion Kadena must arrange for a flight to Tokyo for its semifinal with Yokota and also have reserve flights to both Inchon Airport in South Korea and Won Pat Airport on Guam for a possible championship at Guam High or Seoul American.

While Okinawa-Tokyo flights are plentiful, flights to Korea and Guam are not. &#8220;And ... we want kids to miss as little school as possible,&#8221; Hobbs said.