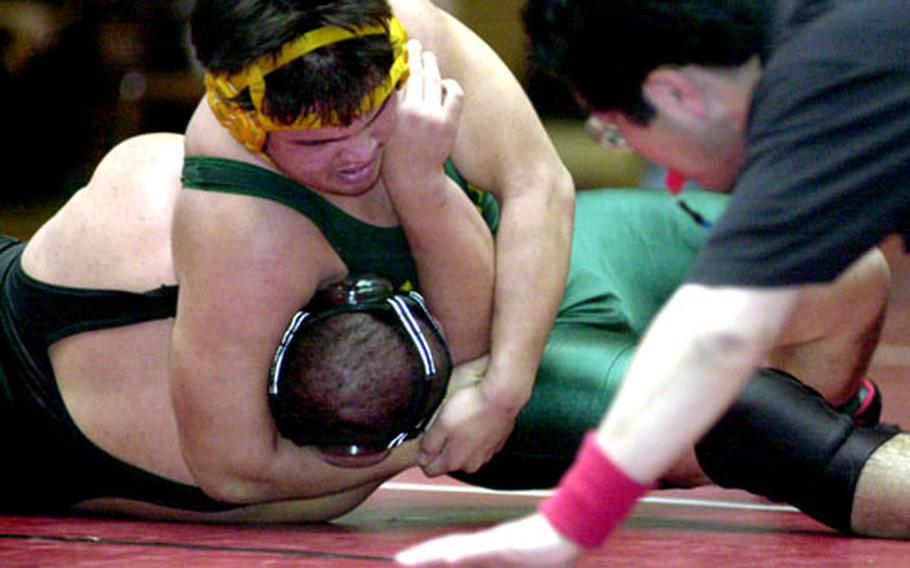 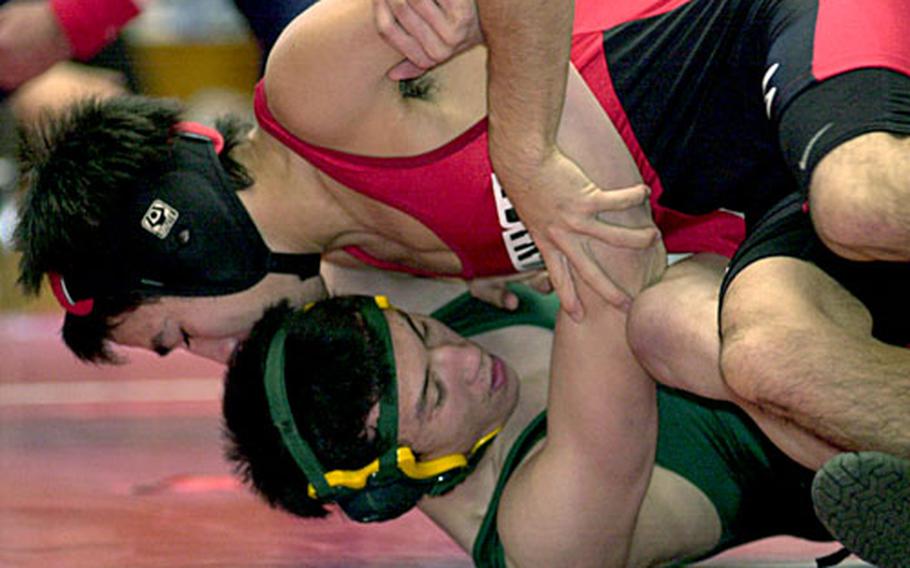 YOKOSUKA NAVAL BASE, Japan &#8212; Some of the new rules implemented in wrestling this season, designed to promote aggressive wrestling, are instead having the opposite effect, Pacific high school coaches say.

Speaking at Saturday&#8217;s Kinnick Invitational &#8220;Beast of the Far East&#8221; Tournament, a handful of coaches complained that the new International Wrestling Federation (FILA) rules include loopholes that permit wrestlers to seize the lead, then stall out the remaining time to win a period.

In an effort to make the sport more TV and spectator friendly, FILA drew up what Rhodes called its &#8220;most radical rule changes yet.&#8221;

The changes, coaches complained, mainly play into the hands of defensive, passive wrestlers.

Decisions are determined by periods won, rather than total points. No longer must a wrestler score at least three points to win; one is enough to win a period, and wrestlers are not penalized for passive wrestling.

Time and again at &#8220;Beast,&#8221; a wrestler would score a takedown, two-point tilt or three-point throw, then circle around the ring or tie up his foe to prevent him from rallying.

One wrestler who felt some of the rules worked to his benefit was Steve Courtney of Kubasaki. The defending Far East champ at 148 pounds wrestled folkstyle rules in high school in Virginia two years ago, the old FILA rules last year in his first season at Kubasaki, then the new rules this year, which he says suit him best of all.

&#8220;Unlike other years, you can gut all day and win all your matches. So you teach a rookie the gut wrench, and he&#8217;ll be unstoppable,&#8221; he said, adding that the winning by periods instead of points &#8220;makes it more exciting. It revolves around which wrestler is conditioned enough to stay up for three rounds and who has the most heart to win the third round.&#8221;

But the passive aspect, he said he could do without. &#8220;I like aggressive wrestling. You get more out of it than just pushing your opponent out of bounds, getting cheap points like that, then just control the whole match. No technique involved in that.&#8221;

To a man, coaches said that FILA should not have dumped the passivity penalty, that just penalizing a wrestler for running or being pushed out of bounds isn&#8217;t enough to encourage wrestlers to be aggressive.

&#8220;There should still be passivity," Schrock said.

That sort of help won&#8217;t come for another four years, until FILA&#8217;s next rule changes. Until then, coaches will teach their wrestlers to work within the current parameters, Yamada said.