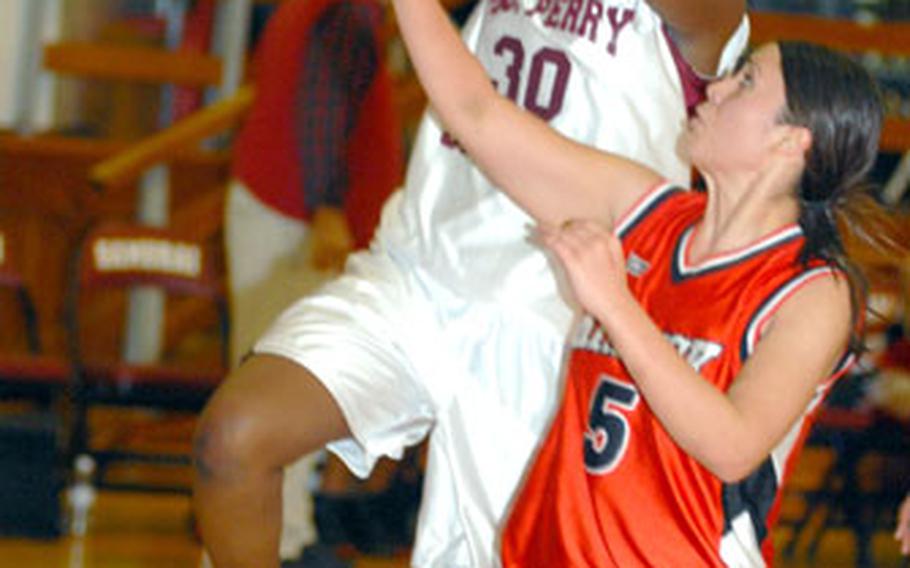 The first day of basketball practice usually brings with it a ray of hope that &#8220;this is the year&#8221; that a league or regional championship might be in the cards.

Instead, on that late afternoon in November 2005, they watched as their Matthew C. Perry Samurai girls basketball players walked slowly into the gym, shoulders sloped and heads down, almost as if attending a funeral.

We don&#8217;t know what it feels like to win, the players told Flick and Hunt, each then in their first season as Samurai co-coaches. Indeed, Perry went just 2-21 in the 2004-05 season, and to a girl, the players painted a grim picture for the coaches.

The two coaches and the players have been true to their word since then.

Perry improved to 13-19 last season, and have enjoyed the finest season to this point in school history this year with a 15-8 record. And for the first time in the school&#8217;s 50-year history, the Samurai, a Class A team, have beaten every Class AA squad they&#8217;ve played this season.

Quite a turnaround for the handful of seniors on the team, most of whom endured the dark times and are reveling in the better ones.

Confidence and connecting with each other, the players said, have been the big reasons for the turnabout.

&#8220;Back then, it was losing all the time, not even coming close to a winning season,&#8221; Jenelle Jones said. &#8220;When we did start winning, it was a little surprising. But after awhile, at the end of the season and the beginning of this one, our confidence grew. We realized we could do it. We knew how to win.&#8221;

Senior guard Cristina Sindac said that the team has taken on more of a family atmosphere; they might go shopping or to the movies or even do homework together.

It&#8217;s a sharp difference, players and coaches say, from past years when Samurai teams would disintegrate under the weight of poor team chemistry.

Even in the one season, 2001-02, that Perry&#8217;s girls reached the Far East Class A tournament final, the team was plagued by disagreement within.

Kiara Lacey, who transferred to Perry two years ago and is now a senior fixture, said she&#8217;d heard the stories of negativity and entered her junior season with trepidation.

But what she experienced, she said, was quite different.

One of the first things Flick impressed on the team was the need to cast aside differences and play alongside each other as if they liked each other.

Lacey mans the backcourt along with Sindac, a four-year starter who can be deadly from three-point range. Lacey&#8217;s twin sister, Ciara, comes off the bench to spell them, while another pair of sisters, senior Ashley and sophomore DeAndrea Taylor, have consistently averaged double figures in scoring and rebounding. All have been on the team at least two seasons.

The fact that the same two coaches are working together for a second straight season is of help as well, Flick said.

&#8220;Continuity,&#8221; she said. &#8220;Everybody came in this season knowing what was expected. We had established our routines, and practices practically run themselves. We set the standards and they rose to them.&#8221;

Opposing coaches have certainly noticed, including Ric Cabral, Yokota&#8217;s girls coach and a former three-time All-Air Force guard. The Samurai have beaten Cabral&#8217;s Panthers once in each of the last two seasons.

Whether the upward trend continues in Samurai Country remains to be seen. Flick, a substitute teacher and Marine Corps dependent spouse, is due to transfer with her family at the end of the school year. Hunt, also a dependent spouse, is expecting a child in July. Worse, six seniors graduate, meaning the 2007-08 season will likely mean rebuilding.

For now, the Samurai know they&#8217;ll face a stern challenge in the Class A tournament, scheduled for Feb. 19-23 at Taegu American School in South Korea. But no more, Flick said, does the team feel it&#8217;s second-rate.