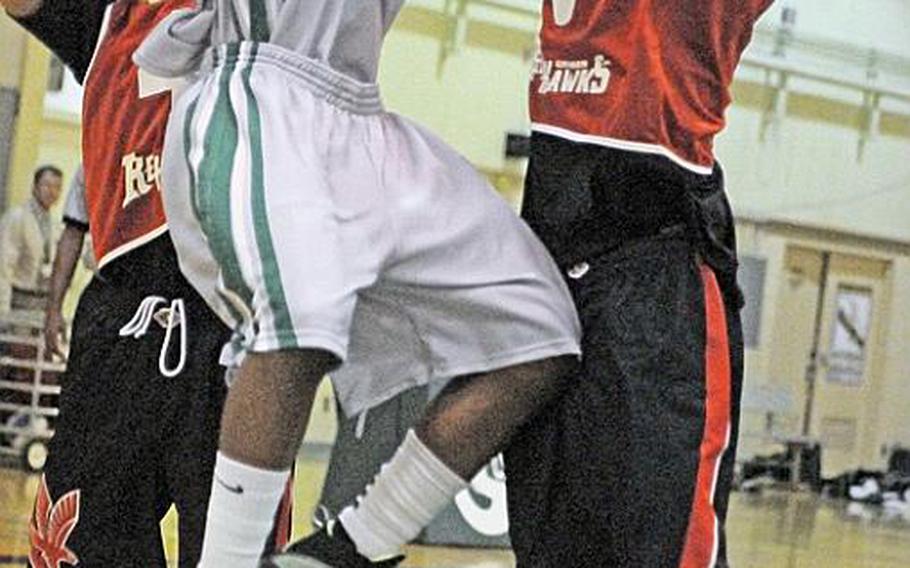 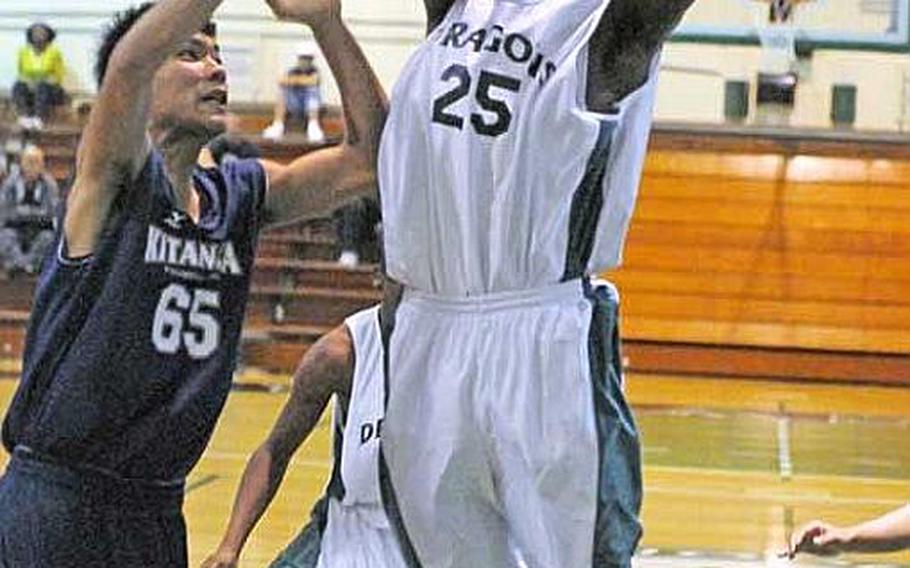 With a combined 19 D-I Tournament titles, 2011 champion Kubasaki and bronze medalist Kadena each possessed veterans for the hither and a bevy of youngsters for the yon.

But the PCS Plane had other plans:

Instead of losing just one of its four juniors, Kubasaki ended up watching three depart, including two unexpected transfers (Cartes Shelton and Ryan Jackson); another, Brandon Crawford, decided not to play this season.

Kadena fared little better, losing forward junior forward Jaylen Street, plus sophomore guard Shawn Broughton, to Virginia out of a group of six non-seniors the Panthers were expecting to return.

&ldquo;As a coach, you play with the team you have, not the team you wish you had,&rdquo; said Gerald Johnson, a longtime Kadena assistant elevated this season to head coach.

Still, it&rsquo;s not as if each team&rsquo;s cupboard is bare.

&ldquo;They know what to expect; they&rsquo;ve waited their turn to be in that spot and enjoy their time as leaders,&rdquo; Fick said.

They&rsquo;re augmented by freshmen guards DaQuan Alderman and Nick Ashley, who&rsquo;ve helped the Dragons break out of the gate 2-1, the loss coming at Chatan 86-84 after Kubasaki trailed by 14 on Wednesday.

Johnson, meanwhile, can count on senior post players Josh Dyer and Savon Woodie and junior guards Andre Chilton and Josh Ward, who each made significant contributions to the Panthers&rsquo; bronze-medal run.

&ldquo;Jaylen was a big loss. Shawn was definitely a ballplayer,&rdquo; Johnson said. &ldquo;If you have that kind of talent, you&rsquo;re expected to go a long way. We have some untried players; we&rsquo;ll see what they can do.&rdquo;