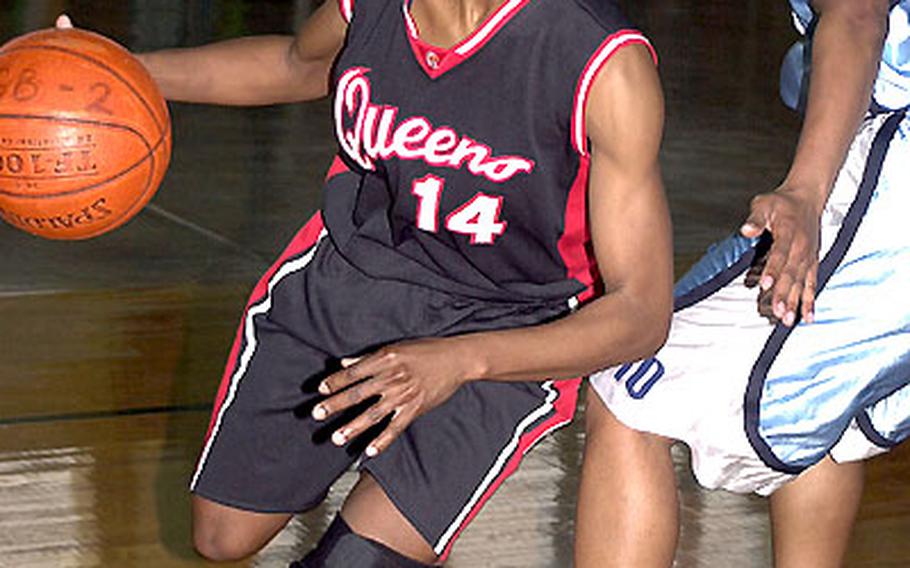 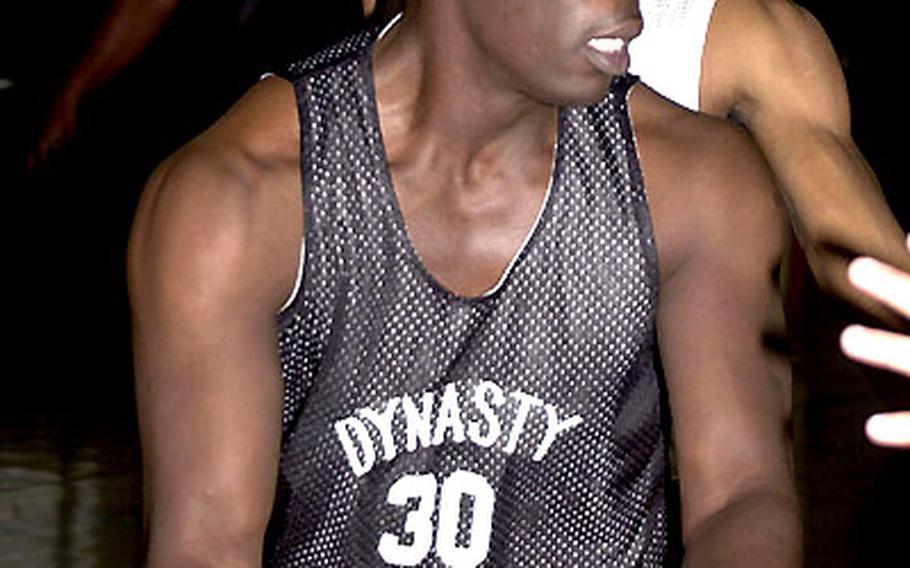 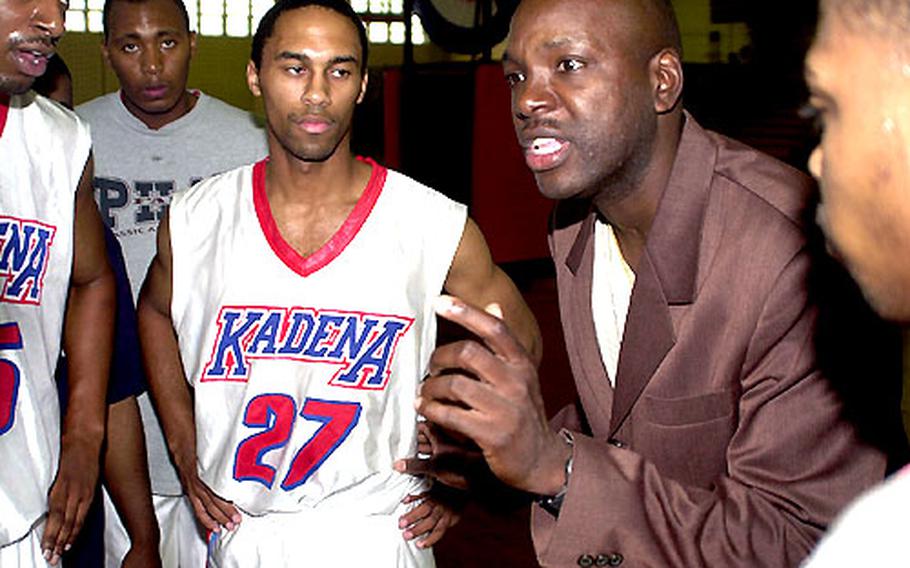 Coach Ed Gadson of the Kadena Falcons instructs his troops during a timeout in Monday&#39;s game. (Dave Ornauer / S&S)

Monday was a day for local teams to celebrate as the Okinawa Queens and Kadena Falcons captured the women&#8217;s and men&#8217;s championships in the 12th Martin Luther King Invitational Basketball Tournament.

Depth played as big a part as any for the Falcons; 12 of their 13 players saw significant minutes and 11 scored, with MVP Thomas Jackson netting 17.

Jackson&#8217;s performance, including 15 second-half points to hold off a Dynasty rally, came just three weeks after he returned from a deployment to the Persian Gulf.

&#8220;When he came back from deployment, he added all the spark to the team at the point guard position,&#8221; Gadson said.

Dynasty got no closer, as the Falcons outscored them 16-9 the rest of the way. &#8220;Sheer will, determination and unity within our team helped us turn it around,&#8221; Jackson said. Brown finished with 15 points; Davis had 12.

Orvin Wooten of Dynasty had a game-high 25 points.

Taking their second major tournament title in less than a month, on the heels of winning December&#8217;s Osan Pacificwide Invitational in Korea, was a goal the Queens had aimed for since the summer, when the team was formed, All-Tournament guard Chrystal Smith said.