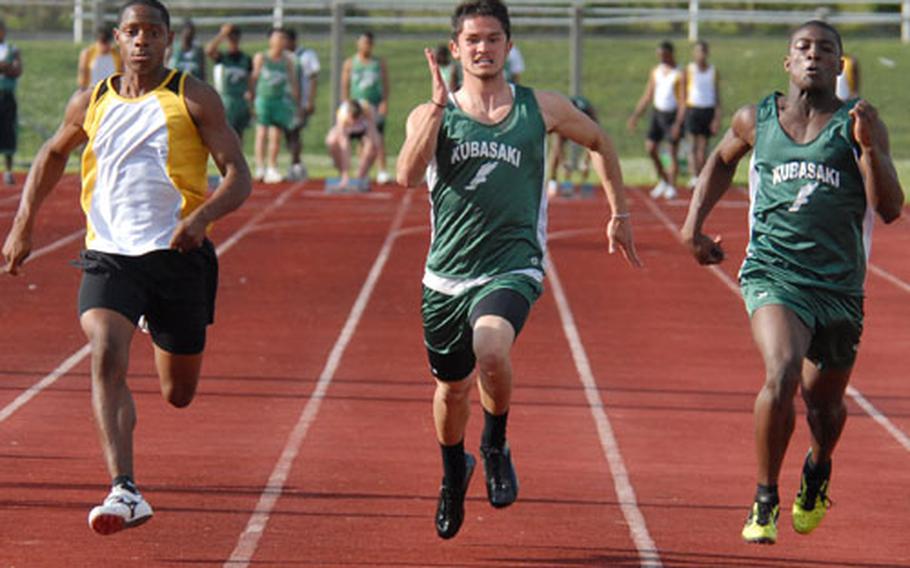 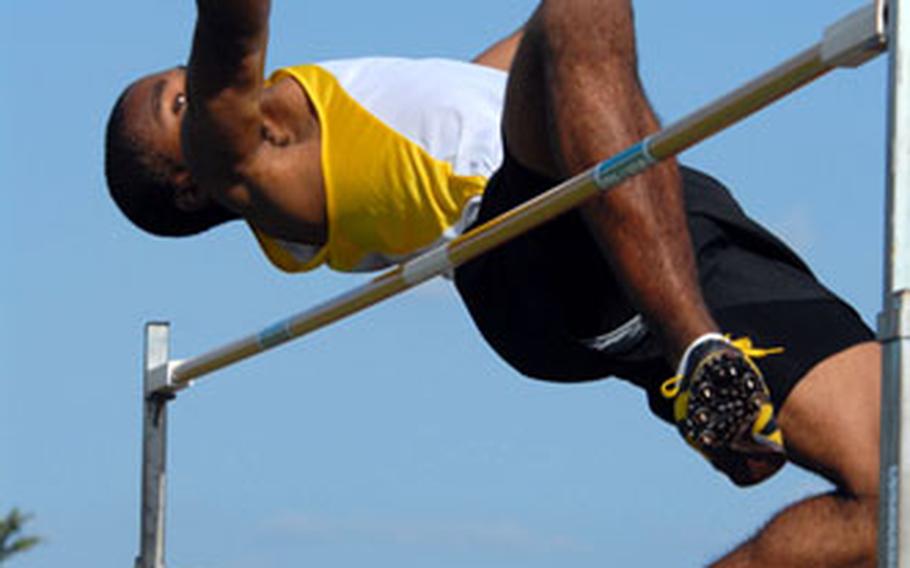 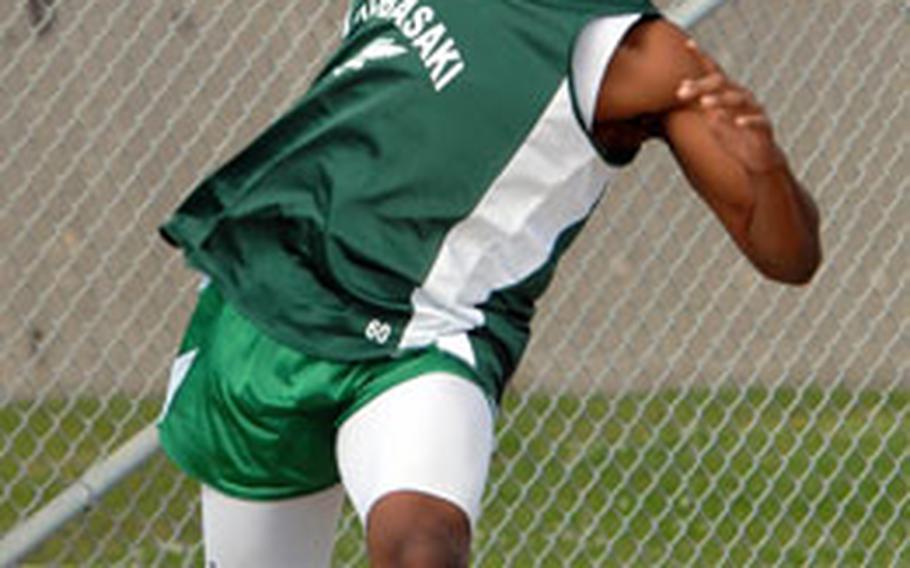 All season, Marquette Warren had been losing the 100 meters by tenths or hundredths of a second to his Okinawa Activities Council track and field rivals.

On Friday, Kubasaki&#8217;s junior sprinter finally broke through in the final regular-season meet before the OAC district championship next Friday at Koza City Stadium.

Now, Warren says he has his eyes set on Mike Petty meet champion Shun Bowens of Kadena, who sat out Friday&#8217;s meet due to undisclosed reasons.

Kubasaki&#8217;s 20-year coach, Charles Burns, predicted two or three sprint records alone would fall in the district championship, which will be held at an off-base venue for the first time.

&#8220;It was nice to score early rather than play catchup,&#8221; coach Ed Thompson said, crediting the return of junior stopper Linda Martinez to the lineup after she missed two games with an ankle injury. &#8220;She captains the defense. Her return has been key for us.&#8221;

Despite not having senior Erica Anglade and her 20 goals in the lineup due to a scholarship engagement, Seoul American prevailed Friday 3-0 at TCIS behind freshman Katie Bolander, who scored twice and assisted on junior sister Jessie&#8217;s goal.

Ashliman scored a Japan-record 50 goals as a freshman in 2007. Her freshman sister, Mallarie, has a team-leading 15 as the Trojans have gotten off to a 7-2 start, the best in school history.

Nile C. Kinnick&#8217;s baseball team&#8217;s 21-game winning streak came to an end Thursday at Fuchu Civic Stadium, where American School In Japan edged the Red Devils 7-6 in a game called in the sixth inning due to rain.

Will Edgren&#8217;s baseball team ever play again this season? Weather fouled up the Eagles&#8217; plans to host Yokota on Saturday &#8212; the third straight playing weekend in which the Eagles&#8217; games were rained or snowed out.

Edgren is 0-6 so far this season, losing three games at Yokota on March 8 and at Zama on March 15.