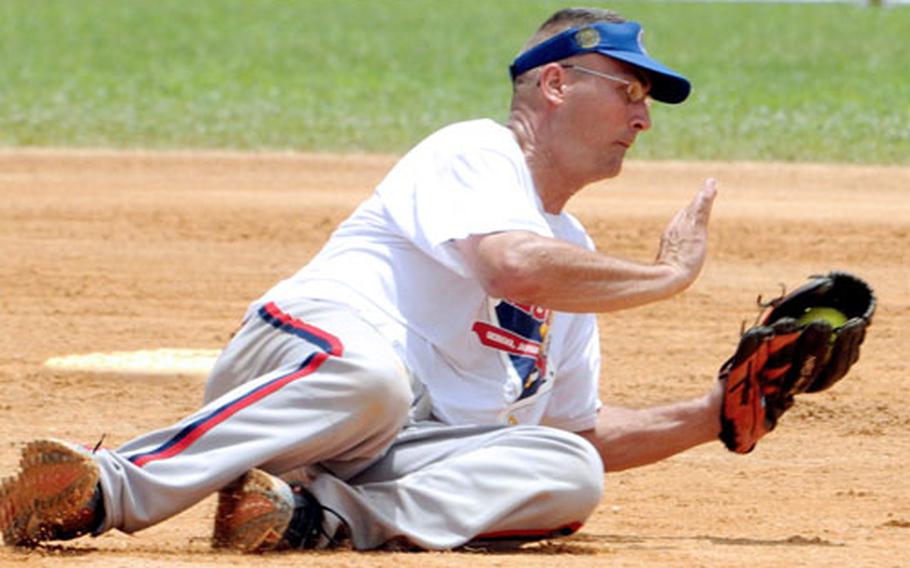 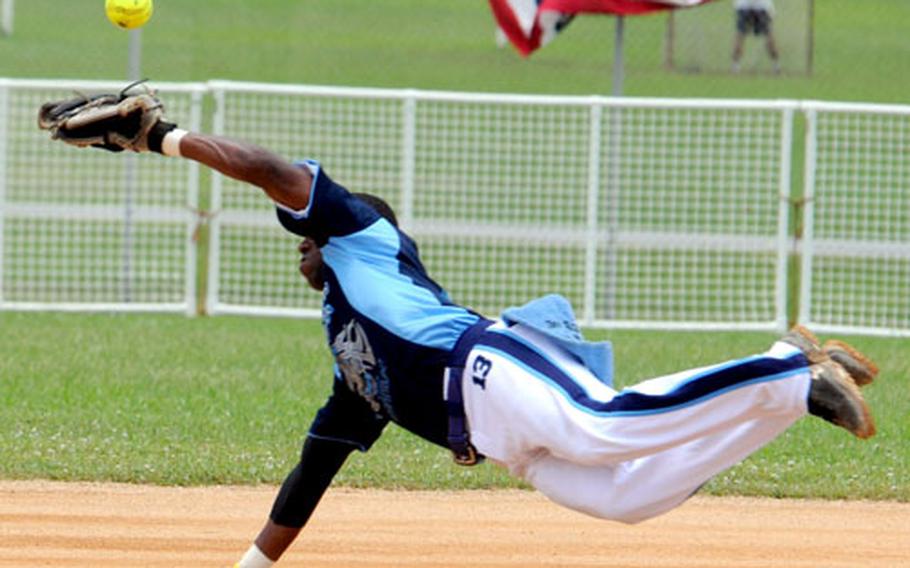 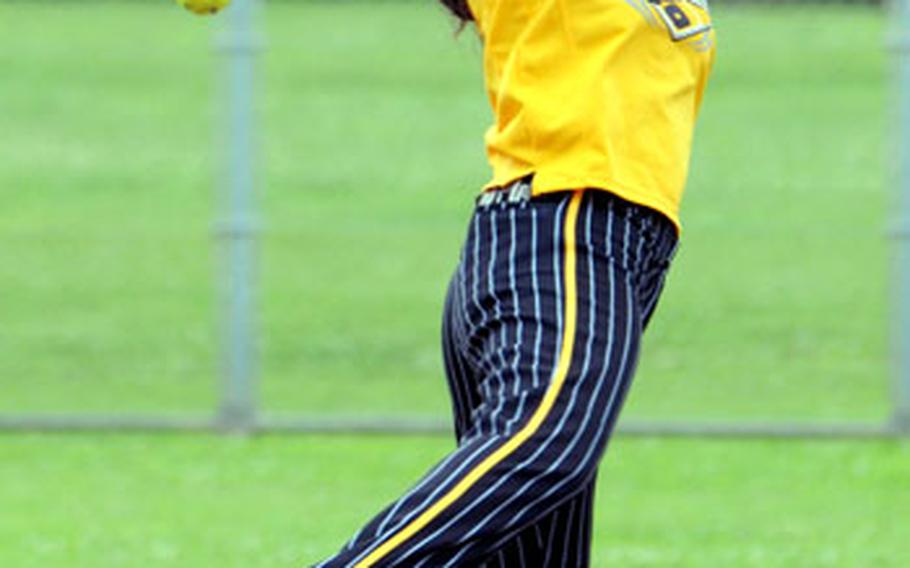 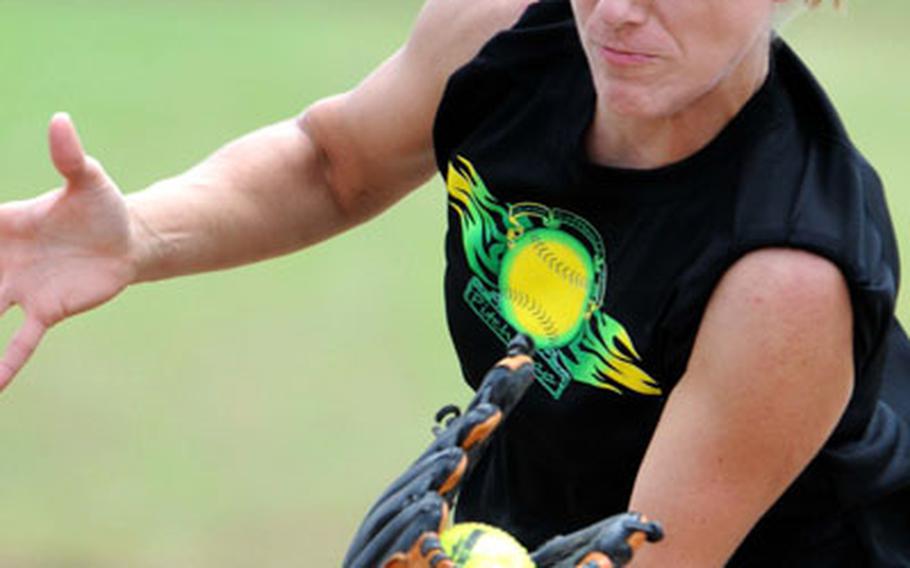 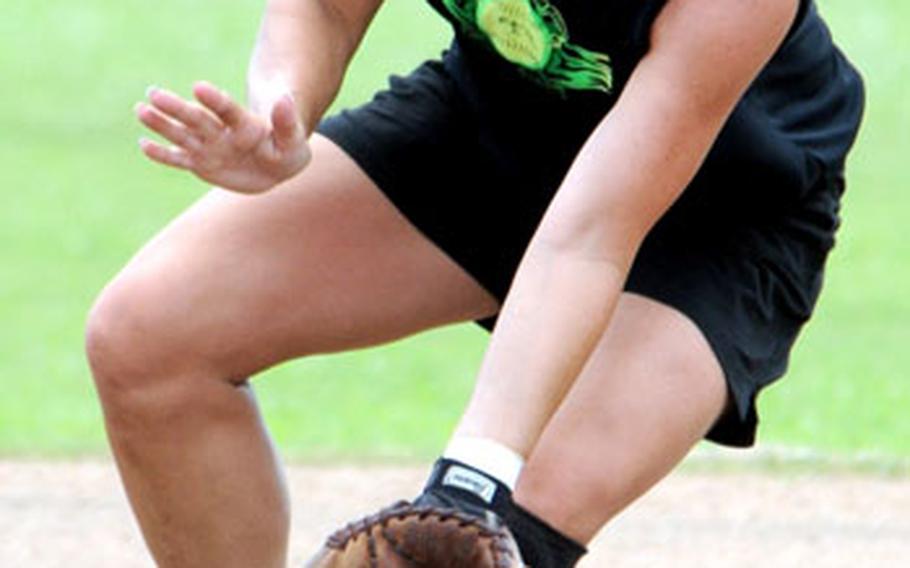 CAMP FOSTER, Okinawa &#8212; They watched and suffered a year ago, Okinawa&#8217;s American Legion men and Yard Busters women, as Korea-based teams hauled off the championship hardware.

On Sunday, neither team left anything to chance, posting resounding, one-sided victories, making the Firecracker Shootout softball tournament a sweep for Okinawa.

Yard Busters took advantage of 12 total errors, nine in the first game, and Pitchslap&#8217;s inability to hit in the clutch. Kenni Godwin looked at a called third strike with two on in the fifth and Lauren Harrell grounded into a sixth inning-ending double play.

"We shut them down for three innings and didn&#8217;t score," Pitchslap coach Steve Erickson said. "Had they hit in the clutch, it would have been a better ballgame. We never took advantage of &#8230; opportunities."

Pitchslap was held to five hits in the first game. Angelina Clayburn was 3-for-3 and Godwin, Kimmi Gaines and Britt Scherrer each had two hits in the second game for Pitchslap.

"We were not going to get double-dipped this year," All-Marine pitcher Richie Krause of Legion said. He&#8217;s one of a combined nine All-Marine and 11 All-Air Force selections on the team.

On-island talents Will Twaddell and Chris Stevens went 3-for-4 with three RBIs and 3-for-5 with a double, triple and two RBIs, respectively. Stevens finished 31-for-38 with two homers and Twaddell 24-for-37 with six homers for the tournament.