Okinawa H.S. football: This week, close game were the rule 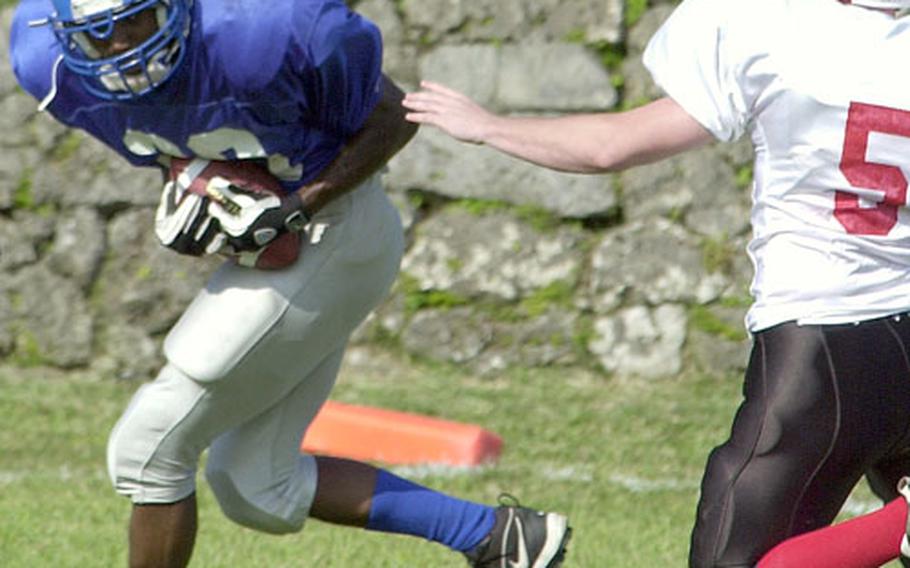 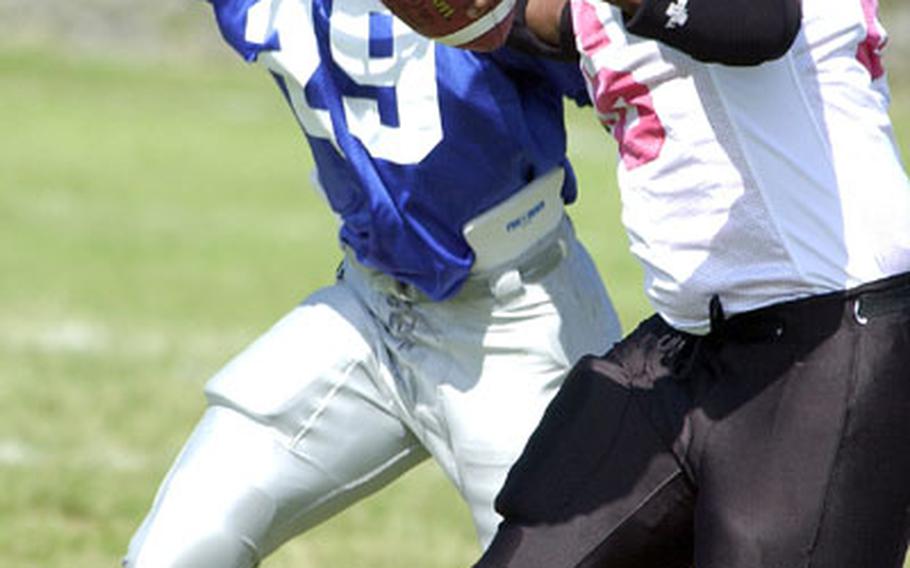 After last weekend&#8217;s games, which resulted in three blowouts by an average margin of 47.7 points, both of Saturday&#8217;s Okinawa Football League games went down to the wire.

Foster-Futenma&#8217;s defense forced three turnovers, recorded three sacks and even posted a first-quarter touchdown, and backup quarterback Gabriel Bolden&#8217;s lone pass went for a touchdown in a 13-7 victory over Schwab.

Thomas Aragon completed just five passes in 18 attempts, but three of them went for touchdowns, helping Courtney-Hansen rally past Kinser 19-14.

A defense that has allowed just 13 points and 14 yards in three games got the Bulldogs on the board first, when Adrian Virges sacked Juventino Camarillo at the Panthers&#8217; 5, and the ball popped into the end zone, where James Rose fell on it.

Though the Bulldogs outgained the Panthers 295 yards to minus-6, Foster-Futenma&#8217;s offense managed only one touchdown, Bolden&#8217;s 22-yard pass to Thomas Culberson near the end of the first half. Schwab&#8217;s defense forced four turnovers.

Mew blamed the lack of scoring mainly on lack of offensive practice.

The Panthers hung around until the end, with Camarrillo hitting Jermaine Parlow for an 18-yard touchdown to cut the final margin to six points with 6:17 left. Schwab had one last chance with 2:54 left, but didn&#8217;t move the ball and the Bulldogs ran out the clock.

Aragon finished with 120 passing yards, including touchdown passes of 2 yards to Vedel Poindexter, 56 to Geovanny Riveria and 23 to Dustin Pellot, the last of which rallied the Titans from a 14-13 deficit with 58 seconds left in the third period.

John Hooks accounted for both Knights touchdowns, a 1-yarder that cut it to 7-6 in the first quarter and a 3-yarder early in the third period that made it 14-13 Kinser.

The Knights had three more chances deep in Titans territory late in the fourth quarter, but came up empty.