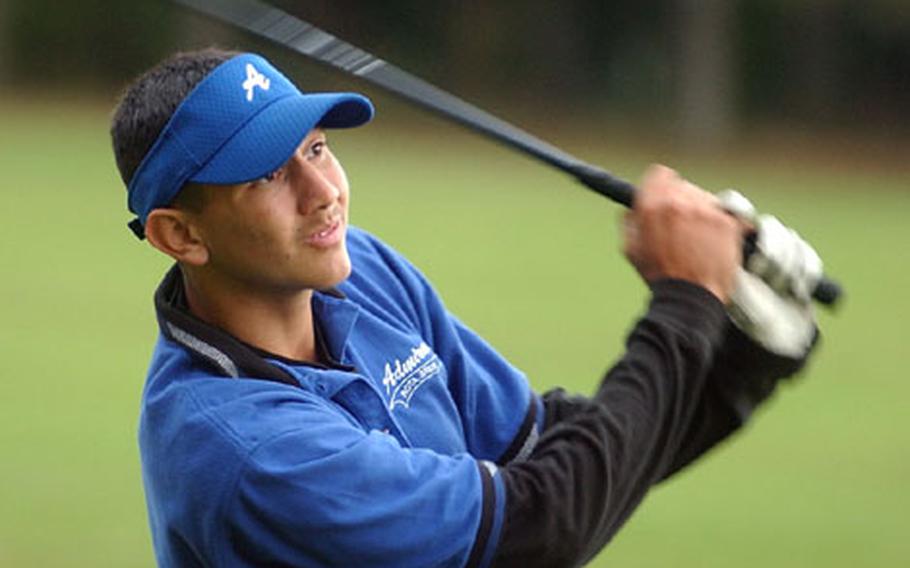 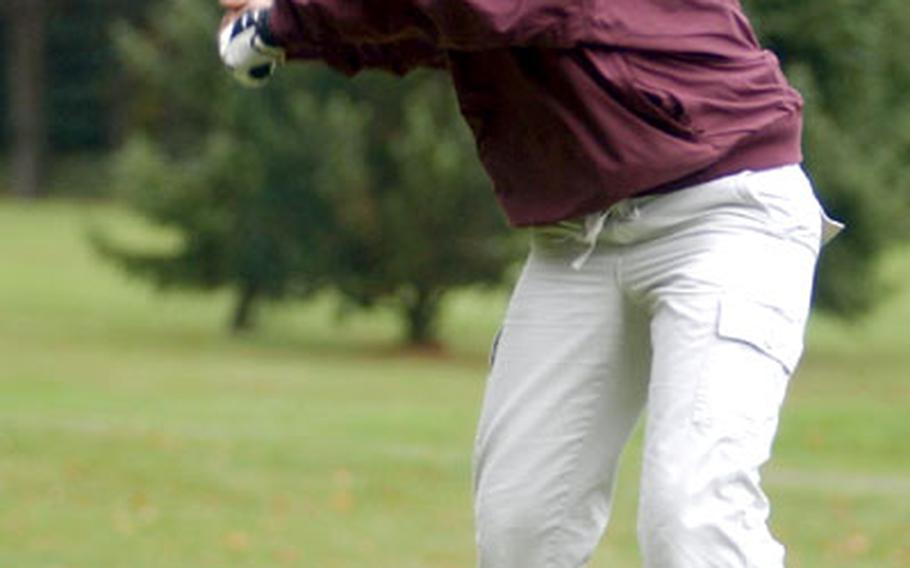 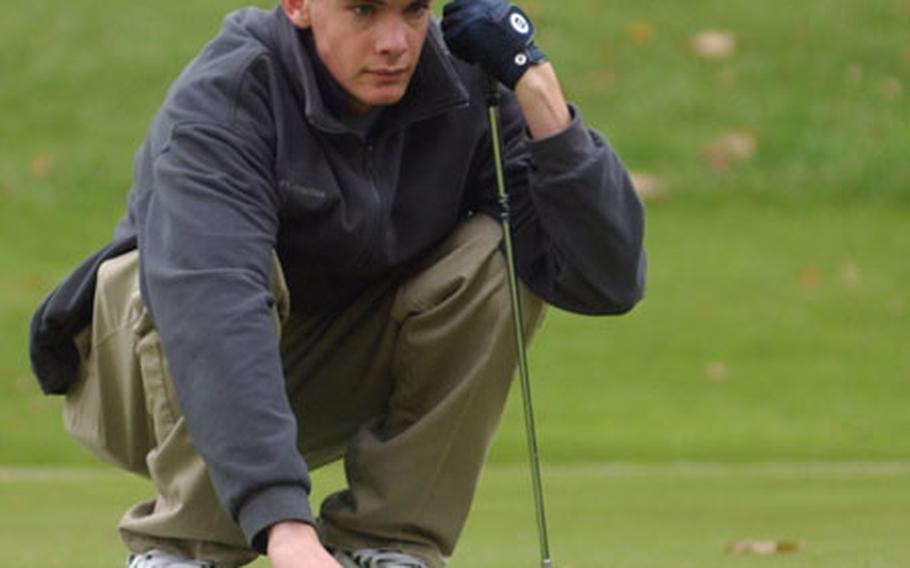 Patch&#39;s Stephen Fey reads the green prior to a putt during the DODDS European Golf Championships on Friday. (Raymond T. Conway / S&S) 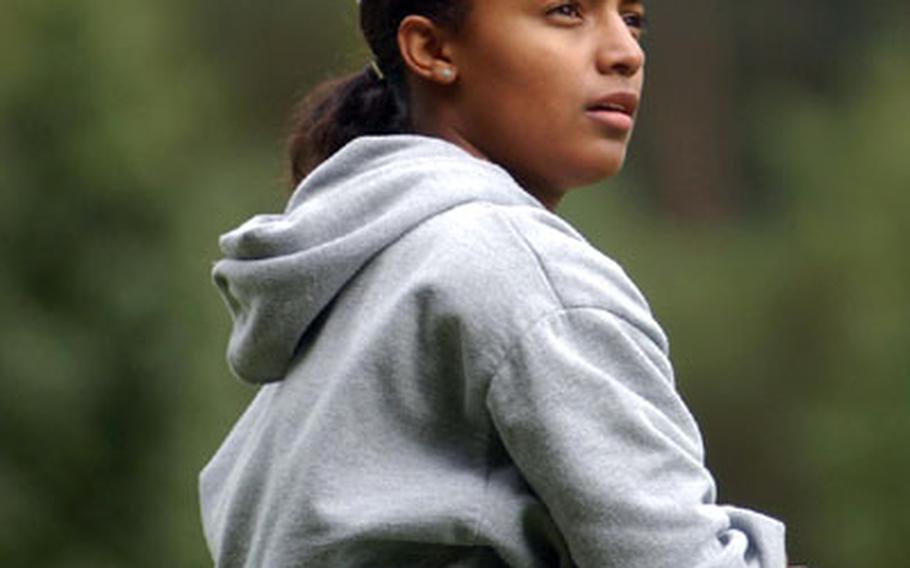 Mannheim&#39;s Nyesha Green follows the flight of her tee shot on the 10th hole on Friday. (Raymond T. Conway / S&S)

WIESBADEN, Germany &#8212; Heidelberg&#8217;s Greg Nyander made an eagle and two birdies on the final three holes Friday to edge Rota&#8217;s Jason Allard by one stroke and win the 2004 DODDS-Europe high school golf championship.

Nyander shot 5-over 76 Friday to post a 163 total for 36 holes at 6,239-yard Rheinblick Golf Club. The senior shot 87 Thursday, but only trailed the leader by six after the first round.

Defending girls&#8217; champion Frances Smythe, a junior from W&#252;rzburg, won another title easily. Based on the Stableford scoring system, Smythe scored 30 points for a two-day total of 56, 18 more than Lakenheath&#8217;s Sarah Wells.

Rota, with four golfers among the top 10, won the combined Division II-III crown with 320 points. Patch was second with 263.

Nyander began his closing charge on the 475-yard 16th hole, a severe dogleg right with a narrow fairway.

Mendez, the first-round leader with 81, shot 48 on the front nine Friday and managed just 45 on the back to finish in ninth place at 174.

Allard, who shot 83 Friday, carded a 39 on the front nine. He started the back nine with a birdie and a par, but followed with a pair of double-bogeys and a triple-bogey.