NFL gets assist from U.S. servicemembers 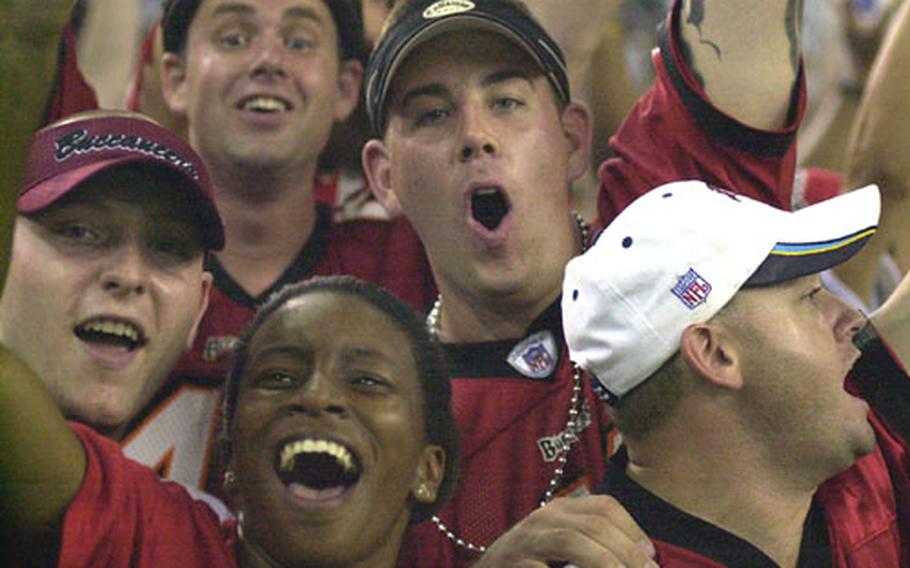 TOKYO &#8212; From pregame festivities to halftime cleanup, U.S. servicemembers and dependents in Japan were on hand to make the 2003 American Bowl an event to remember Saturday at the Tokyo Dome.

Most of the volunteers came from Yokota Air Base, but a Marine unit from Camp Fuji also participated.

Some volunteers came for the NFL experience, some to represent their unit or base and others for reasons closer to the heart.

Wilson did acknowledge that he enjoyed helping present a giant American flag prior to the start of the game and serving as a stagehand for rock band Cheap Trick.

McBride said she volunteered to help with the flag presentation to get closer to the Tampa Bay Buccaneers players, and their head coach Jon Gruden.

But volunteering wasn&#8217;t all fun and games. Some of the work was serious.

Maj. Donald Osborn was asked to serve as the anesthesiologist for the Tampa Bay Buccaneers in case there was a catastrophic injury that required transporting a player to a hospital.

He&#8217;s the only anesthesiologist at Yokota.

A Marine Corps honor guard was also present, and just as serious about its job.

Other volunteers helped with game functions, with several Yokota teens serving as ball boys and a former Yokosuka Naval Base resident serving on the chain gang.

Michael Reedy, a former civilian computer specialist at Yokosuka, flew in from Washington, D.C., just to work the chain gang.

Reedy, who now lives in the Capitol city, aspires to be an NFL official, he said.

&#8220;This is awesome,&#8221; added Yokota High School junior Cameron Woody, who also worked the sideline &#8212; not as an official, but as one of three ball boys for the New York Jets.