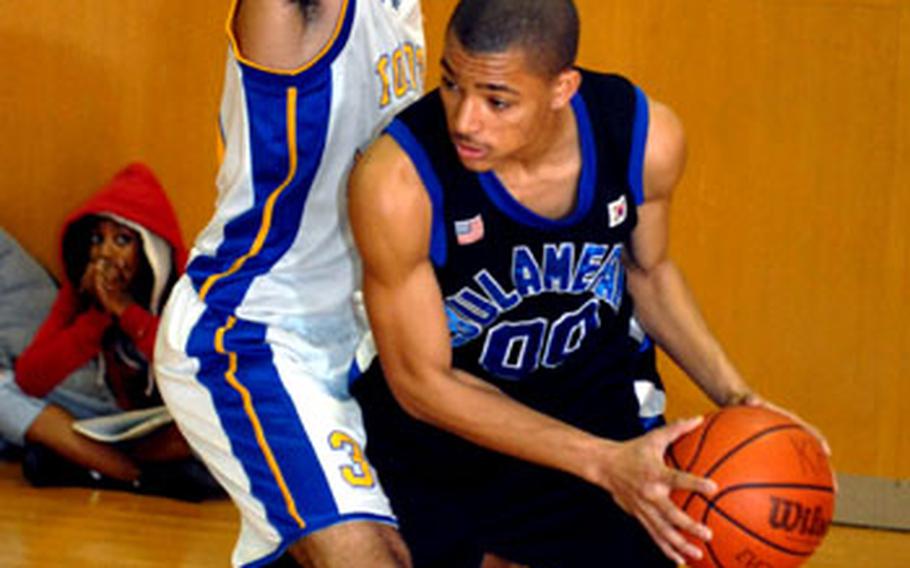 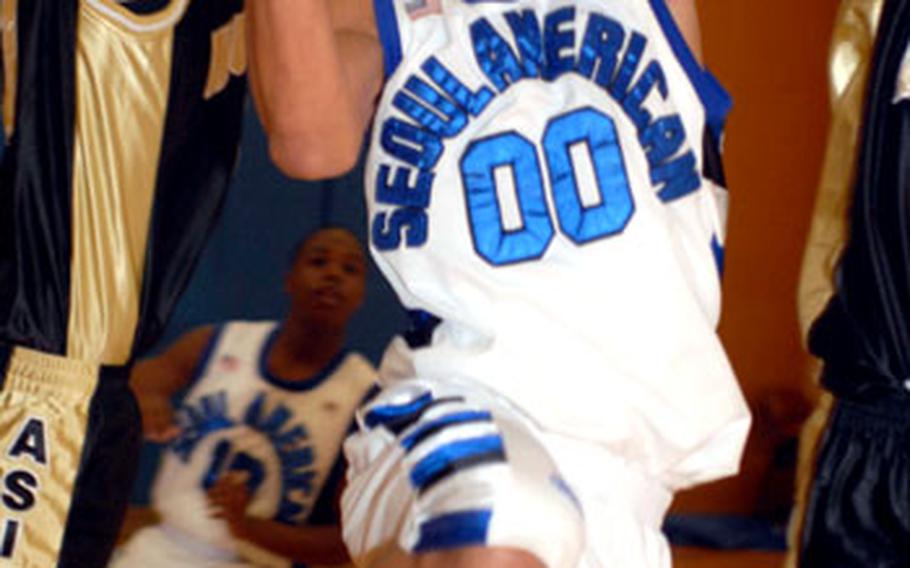 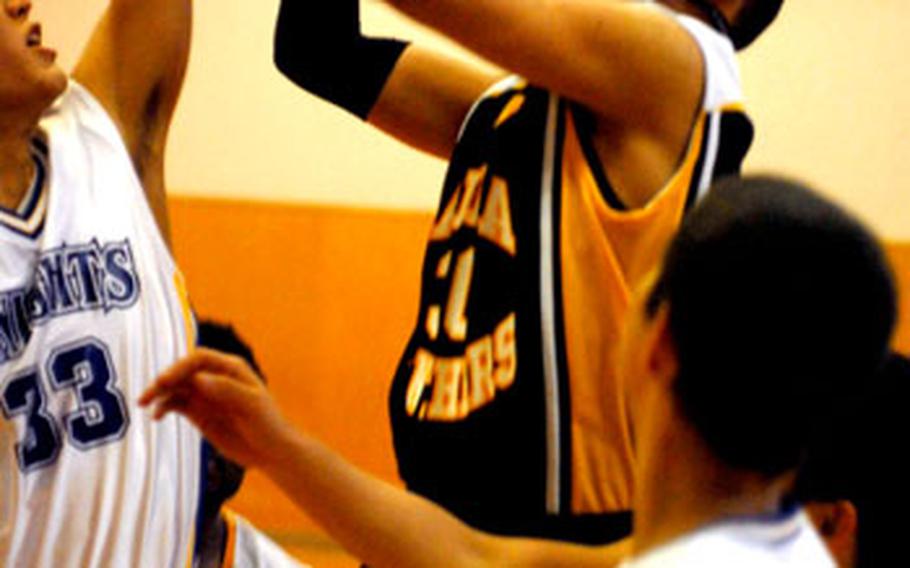 Kevin Paranal (30) of Kadena loses his athletic goggles as he goes up for a shot against Christian Academy In Japan during Saturday&#39;s game. Kadena downed CAJ 36-24. (Dave Ornauer / S&S) 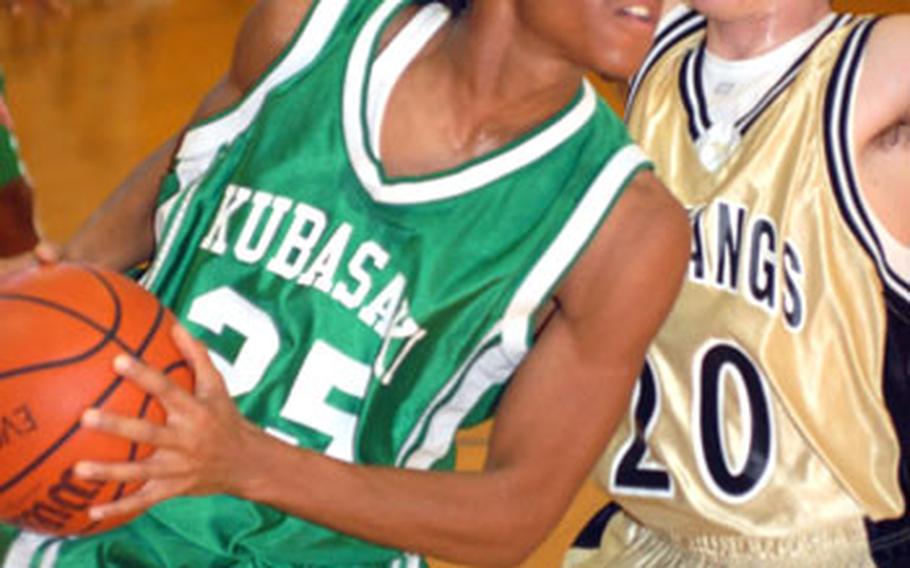 YOKOSUKA NAVAL BASE, Japan &#8212; For most New Year Classic participants, the annual holiday basketball tournament might as well have been renamed "Survivor: Yokosuka."

"Survival of the fittest. Or the least sleepy," Yokota coach Paul Ettl said, half-jokingly, about the pell-mell pace of the eight-team, 27-game tournament played over two days at Yokosuka&#8217;s Fleet Gym.

Kinnick coach and tournament organizer Michael Adair had just a two-day window with which to work. It couldn&#8217;t start earlier than Saturday, since school was still in session. Any closer to Christmas and airfares would have skyrocketed for out-of-area teams.

"We had no choice," Adair said. "Teams had to take advantage of airfare opportunities. Word was if we couldn&#8217;t do it in two days, some teams couldn&#8217;t come. [But] everybody seemed OK with it."

Pool-play games were played with six-minute quarters and five-minute halftimes to maintain a fast pace; hence, scores were lower than in most regulation high school games. Playoff games reverted back to regulation 32-minute clocks.

Teams averaged four games each of the two days. Perhaps the most critical games came in Saturday&#8217;s first round of the double-elimination playoffs; losers of those games would have to play six times on Sunday to win the title out of the loser&#8217;s bracket.

"The first game of the (double-elimination) tournament is all-important," Boyd said.

Some players felt working overtime mirrors what they&#8217;ll encounter in the Far East Class AA Tournament in February at Yokota Air Base, Japan.

"This is good preparation for that," Kubasaki guard Devin Roseboro said, adding that a player&#8217;s regimen must, therefore, include plenty of bananas, orange juice and "stretching. Stay loose. It&#8217;s not too bad. Not too stressful."

"It&#8217;s tough playing back to back," Yokota guard DeEric Harvin said. "When you get a break, you put your feet up, hydrate, talk about the game plan and get ready to go."

Some teams, such as Kadena and Kubasaki of Okinawa, say they&#8217;re used to the high tempo from playing against Japanese teams.

"The training we get against the Okinawa teams helps us," Kadena coach Robert Bliss said. "A lot of it is a kid&#8217;s mind-set. You ask them come game time, this is what they live for. They dig deeper and find the [something] extra for a tournament like this."

Some teams entered the Classic at a disadvantage. Boyd came in without two of his big guns, seniors RaiDion Fails and Willie Brown, who are in the States on emergency leave.

"You look for a silver lining in everything," Boyd said. "You play the hand you&#8217;re dealt. Some of my inexperienced guys are going to get minutes. We&#8217;re going to be better for coming to play the tournament than if we&#8217;d not come."