New champs will be crowned this weekend 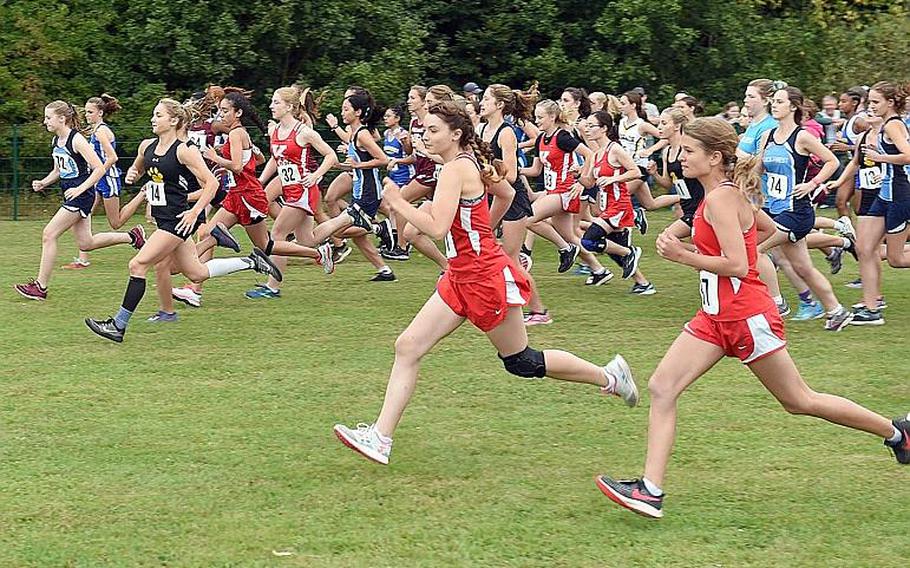 There will be no defending champions to block the path at Saturday’s DODEA-Europe cross country championships.

DODEA-Europe athletic director Kathlene Clemmons confirmed this week that St. John’s, a Belgium-based international school that has participated in - and largely dominated, at least on the girls side - the event in recent seasons will not be in attendance Saturday at Baumholder, Germany.

St. John’s did not appear in the handful of regular-season DODEA-Europe meets for which it was scheduled due to what school athletic director Anthony Hennelly referred to last month as “calendar clashes.” Under DODEA-Europe rules, that disqualified the school’s runners from Saturday’s final.

“Since St. John’s was not able to compete in any of the DODEA-Europe cross country events, they will have no runners at the European championships,” Clemmons said.

The boys race is also in search of a new champion after the graduation of 2018 champion Dashiell Rogers of Ramstein.

The Stuttgart Panthers are targeting a win in both races.

Panther junior McKinley Fielding has absolutely dominated this fall. Her winning time of 19 minutes, 12 seconds Saturday was a full two and a half minutes ahead of the runner-up. Naples’ Ariana Coats, Bahrain’s Emily Rice, Ramstein’s Nadia Rahman, SHAPE’s Greta Di Dio and Brussels’ Shoshana Goldfein are among her primary challengers.

Stuttgart is also a top contender to claim the Division I team titles. Panther runners claimed six of the top seven spots in Saturday’s race, an event that also included major large-school rivals Ramstein and Wiesbaden. The Panther girls took six of the top nine spots in their race.