Naples rallies to victory over Wiesbaden 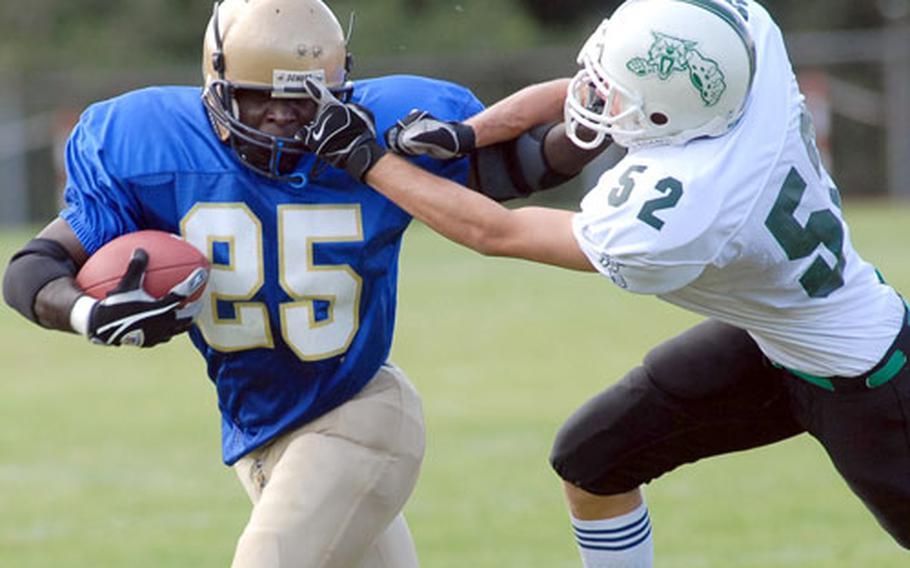 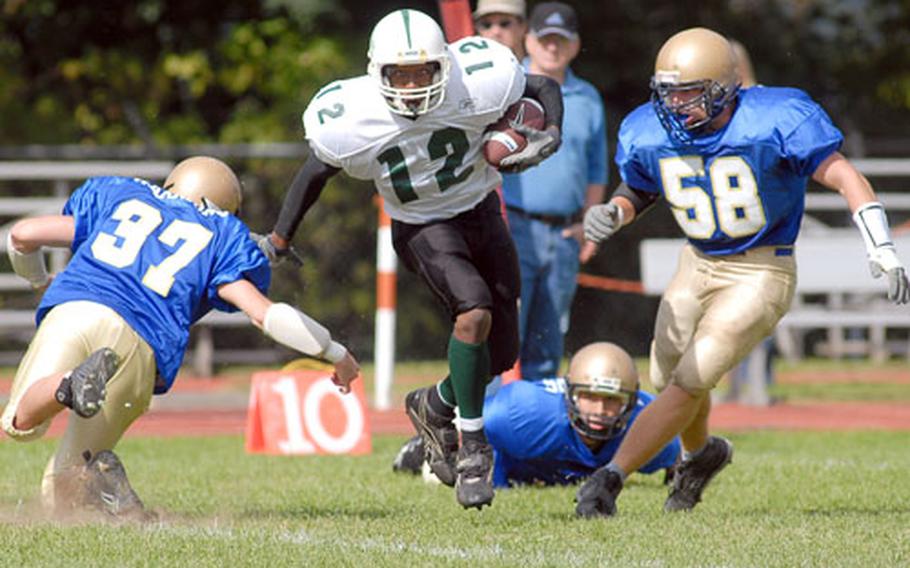 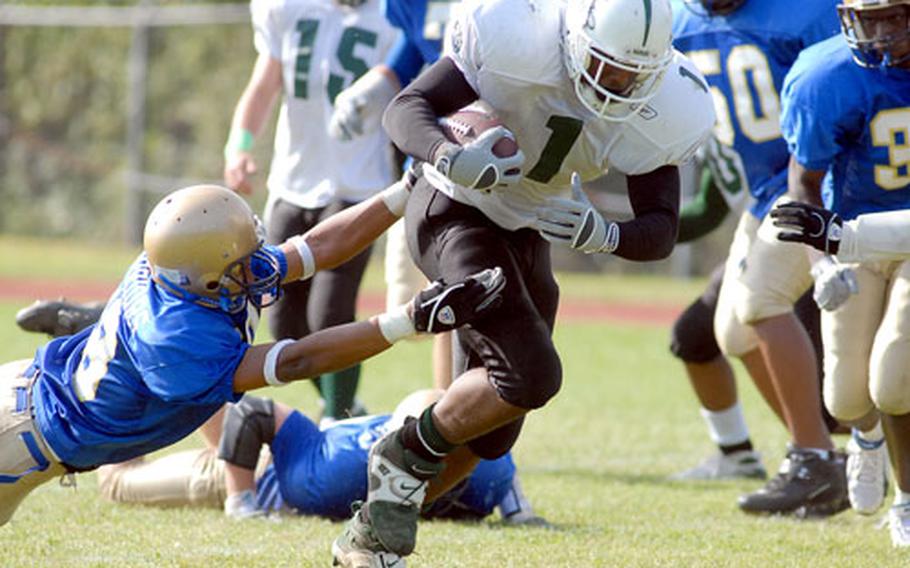 Wiesbaden&#39;s Jamil McGinnis, left, gets just enough of a hand on Dwayne Newby to trip him up. Newby later scored the winning touchdown, though. (Michael Abrams / S&S) 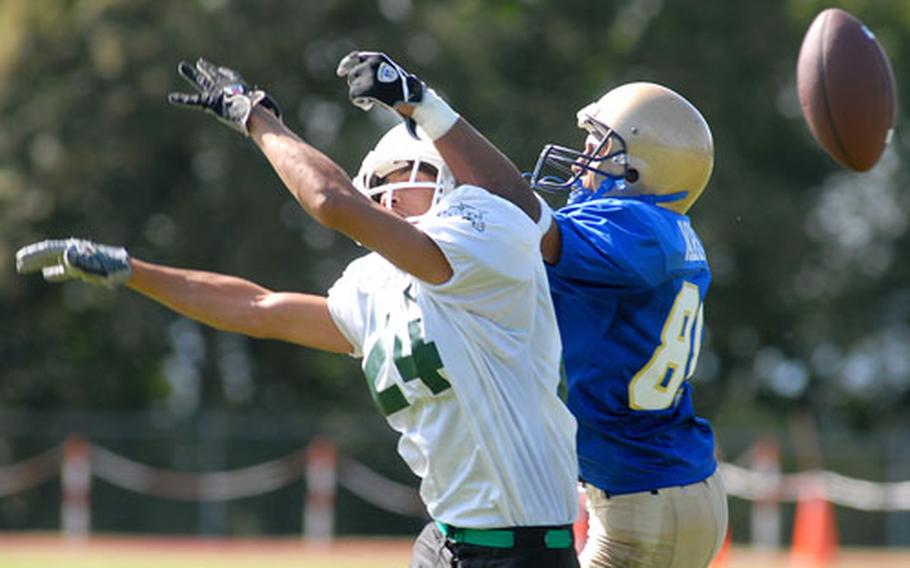 &#8220;You would have thought it was the last game of the season,&#8221; Naples coach Jim Hall said of the intensity of the play, characterized by four lead changes.

Wiesbaden seemed to take control when it went up 29-17 on a nifty 65-yard touchdown pass from quarterback Terrell Harper to wide receiver Jamil McGinnis with less than a minute to play in the third quarter. It was Harper&#8217;s third TD pass of the game &#8212; the other two went to Mike Harder.

When the Warriors recovered an onside kick at Naples&#8217; 43-yard line, the situation looked awfully dim for the Wildcats.

Wiesbaden got as far as the Naples 22, but a blocking penalty negated a big gain by running back Ron Peebles. Other miscues pushed the Warriors back farther, forcing a punt.

Starting at its own 28, Naples moved the ball across midfield before it had to punt. When Wiesbaden fumbled the kick, the Wildcats recovered and punched it in for a score five plays later on a short run by Dwayne Newby. Newby finished with 105 yards rushing and all four Naples TDs.

The scoring drive was aided by an offsides penalty against the Warriors on fourth-and-short.

&#8220;We always kept making that one little mistake that allowed them to just hang around and hang around,&#8221; Wiesbaden coach Steven Jewell said.

That&#8217;s what Naples did. Wiesbaden seemed to be playing the final minutes not to lose, while Naples, emboldened by its offensive success, got more aggressive.

That gave Naples a final possession. A key fourth-down screen pass from Tyler Hall to Ryan Lastrella kept the drive alive, and a minute later Newby scored the winning TD from a yard out.

Harper passed for 192 yards and Peebles had 152 yards on 27 carries for the Warriors.