Motivating team in face of mismatch tough for coaches 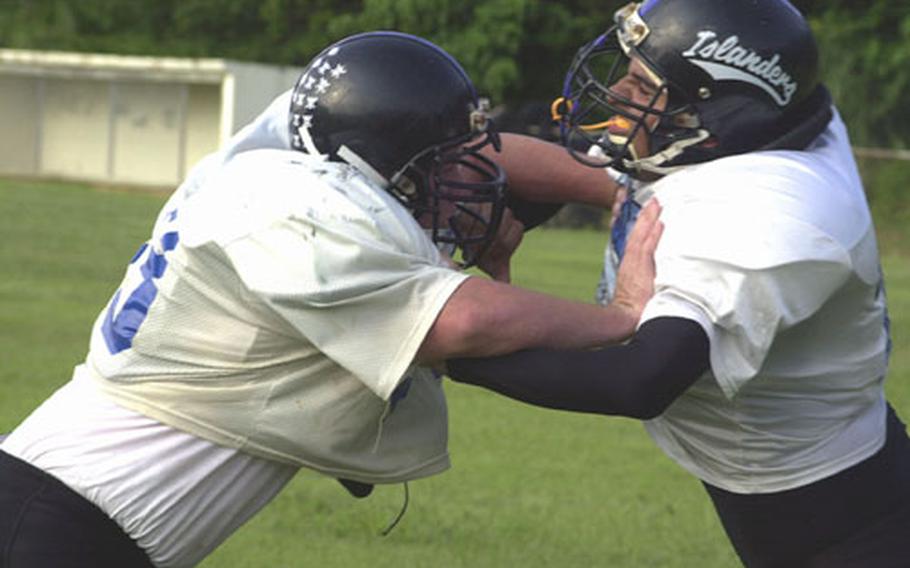 Faced with an opponent that his team had beaten by a wide margin, what does a coach do to keep his squad motivated, knowing they have the upper hand from kickoff to final gun?

Likewise, preparing for a foe that turned his team into mulch in their previous meeting, how does a coach get his team to believe they have something besides pride to play for?

These questions have been asked by coaches from Misawa to Mangilao this season. Of the 39 games played this season, seven have ended in single-digit margins. Seventeen were shutouts.

This weekend&#8217;s schedule could produce more of the same:

The need for such urgency, Mendoza said, even for a team that&#8217;s 4-0 and has outscored opponents 103-0, is clear. Constant work and improvement could mean a berth in the Rising Sun Bowl Nov. 15 on Okinawa.

Still, keeping all team members focused in that manner &#8220;is pretty tough,&#8221; said one Islanders captain, junior lineman Cole Maxey. Losing focus &#8220;happens a little bit, but we try to focus on that opponent in front of us. Right after that game, the score is 0-0 again and we have to gear up for that next game.&#8221;

The same sort of attitude must be infused in the battered underdogs to keep them going in the face of a whopping deficit, said Shogun coach Charles Burns.

Taking one-sided beatings are all part of what Burns calls team building.

While victors sometimes can slow down and relax because the pressure&#8217;s off, the vanquished might play at half-speed because they&#8217;re tired or discouraged.

And teams always can do things to become better, Wetherington said. In their 55-8 rout of the Samurai last Friday, the Buccaneers turned the ball over twice and committed eight penalties for 90 yards.