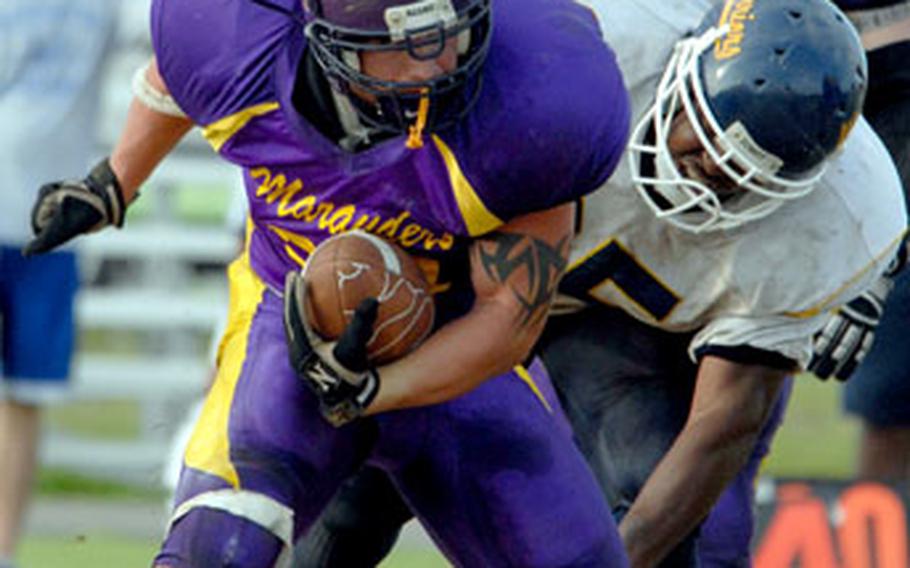 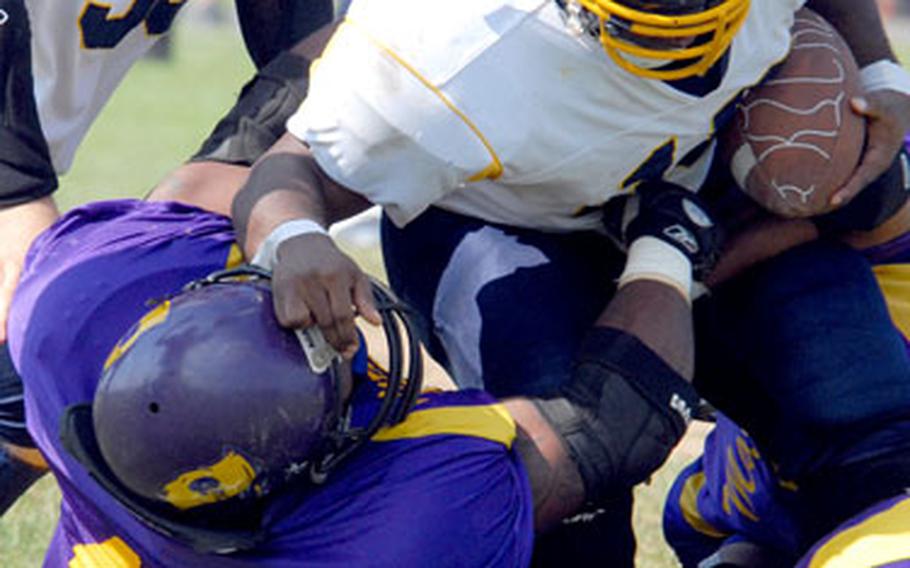 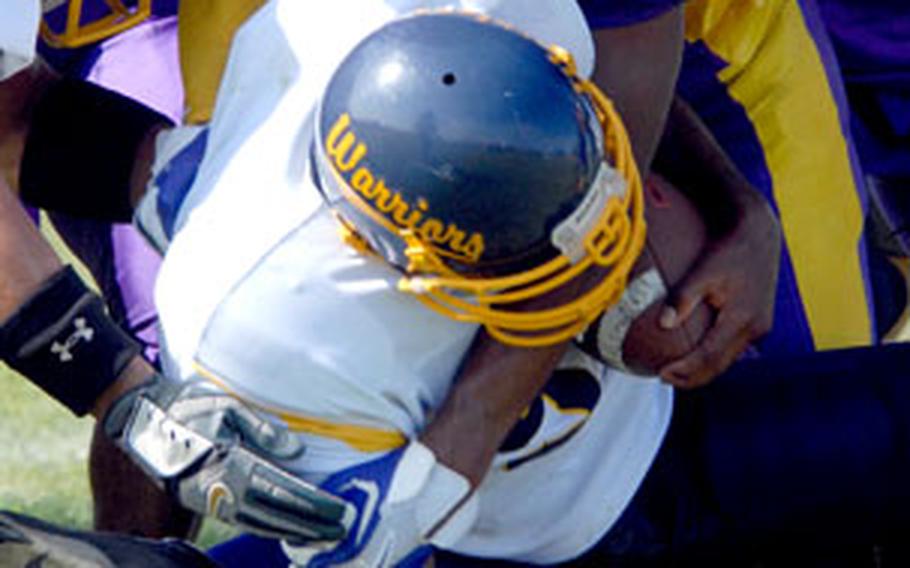 MISAWA AIR BASE, Japan &#8212; Thanks to a stingy defense and running back Jamey Crawford&#8217;s nose for the end zone, the Misawa Marauders returned to the U.S. Forces Japan-American Football League championship game for the third straight year with a 13-0 semifinal victory over Yokota at Marauders Field.

It&#8217;s to Seahawks turf that Misawa will travel Saturday. The victory over Yokota, Abel said, prepared his team for the Torii Bowl as no other game could have.

Misawa also enjoyed a measure of revenge for its 8-6 season-opening loss on June 3 to Yokota &#8212; after which the Warriors&#8217; players and coaching staff ran up a small knoll near the field, considered sacred ground for the Marauders, who do everything from calisthenics to postgame celebrations on &#8220;the hill.&#8221;

Saturday&#8217;s game began as a defensive struggle, with each team misfiring on two trips to the opposing team&#8217;s side of the field &#8212; Yokota reaching the Misawa 1-yard line before the Marauders stuffed Warriors running back John Knight for no gain on fourth-and-goal.

Crawford finally broke the scoreless tie with 8:06 left in the third quarter. After taking a handoff from quarterback Fred Ellis and seeing no hole, Crawford bounced outside left and veered toward the corner, just getting inside the pylon. Robert Baer&#8217;s extra point made it 7-0.

Crawford capped the scoring with 2:21 left. Again seeing the tackle gap closed, he rambled around the right corner, outracing Yokota&#8217;s secondary to the end zone. Misawa didn&#8217;t convert but the damage was done.

Ellis went 8-for-18 for 129 yards, Jon Hall caught two passes for 43 yards and Crawford two for 17. LeRoy Moody recovered a fumble and recorded a sack, Cornelius Walker bagged an interception, Direck Sorrell a fumble recovery and Ian Evans a sack.

Yokota&#8217;s season ended bitterly at Misawa for the second straight year. The Warriors brought just 22 players, some playing through illness and injury. Knight led Yokota with 63 yards on nine carries.

At Misawa Air Base, Japan