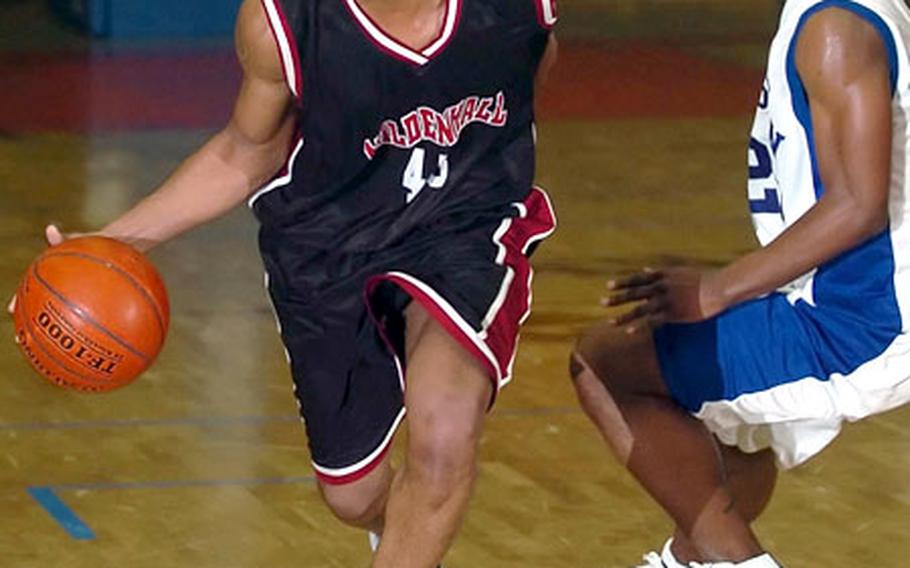 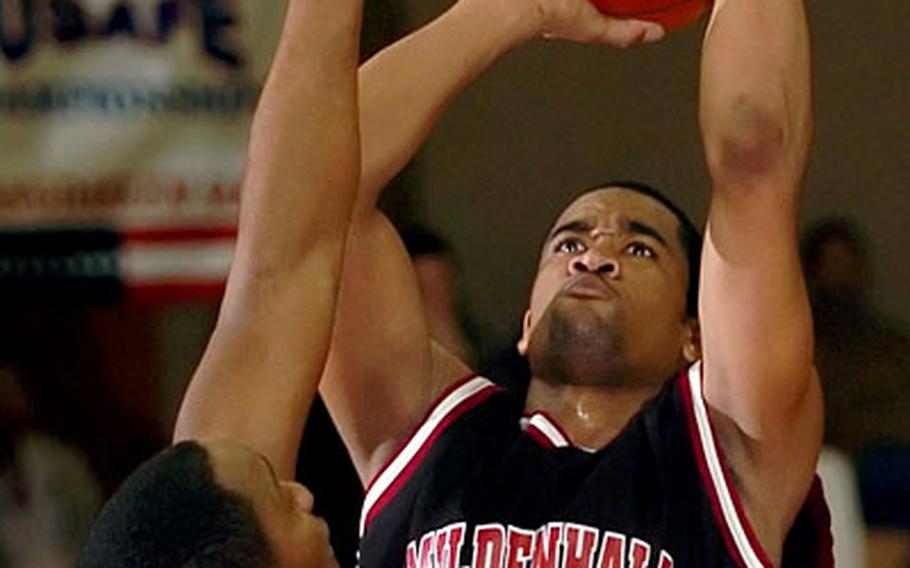 SPANGDAHLEM AIR BASE, Germany &#8212; The Mildenhall Marauders took care of business from the free-throw line and on defense Friday, dethroning the Ramstein Rams 70-64 in the USAFE championship game.

Ramstein trailed 37-28 at halftime, but the Rams came back and tied the game 51-51 when Mike Moody hit one of this three three-pointers with 8:50 remaining.

Mildenhall responded by scoring 14 of its final 16 points from the free-throw line to put the game away.

According to Mildenhall coach Mike Hammond, though, the game was decided by his team&#8217;s play on the defensive end.

The Marauders did, especially with the game on the line. After a three-pointer by Ramstein&#8217;s Robert Batiste with 6:08 to play that put Ramstein ahead 56-54, Mildenhall held Ramstein to three field goals the rest of the way.

Mildenhall took the lead for good with 2:18 to play on a basket by Ramos that put the Marauders up 64-63.

Mildenhall fell behind by 11 points early before Byron Washington took over the paint for 10 first-half points, and Jonathan Todd sank three of four shots from behind the arc en route to 11 points in the first half.

In the second half, Washington, sitting with four fouls, and Todd were non-factors, as the game came to Flores and Corey Fletcher, who grabbed eight second-half rebounds. Dave Griffin also came off the bench to score three straight baskets and block a shot in the second half.

The Marauders held Ramstein&#8217;s Corey Scott scoreless after his 10-point first half.