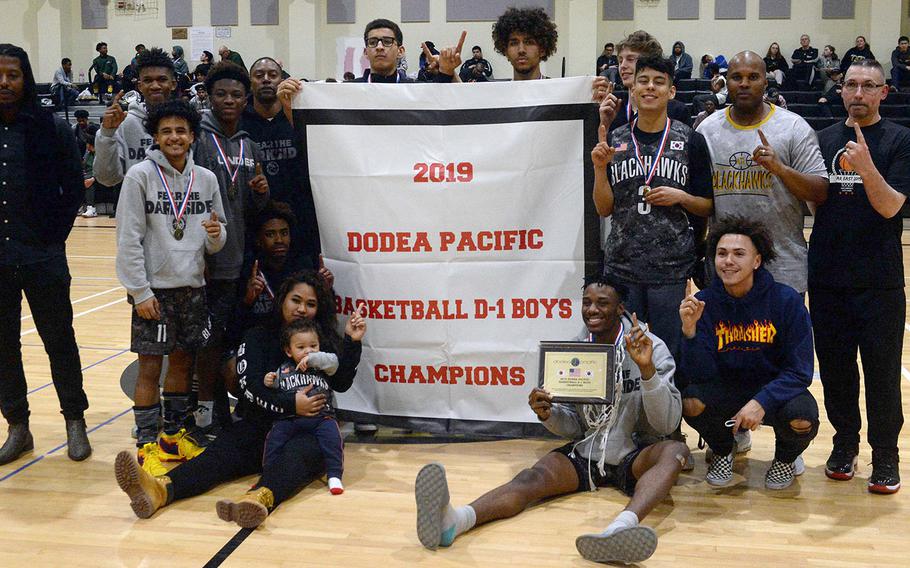 Humphreys players, coaches and fans gather around the banner. (Dave Ornauer/Stars and Stripes)

Humphreys players, coaches and fans gather around the banner. (Dave Ornauer/Stars and Stripes) 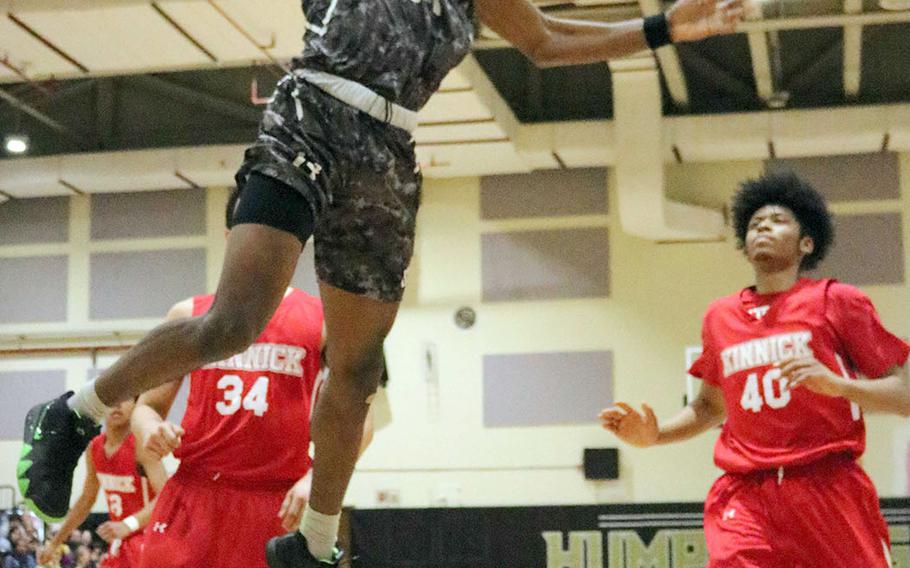 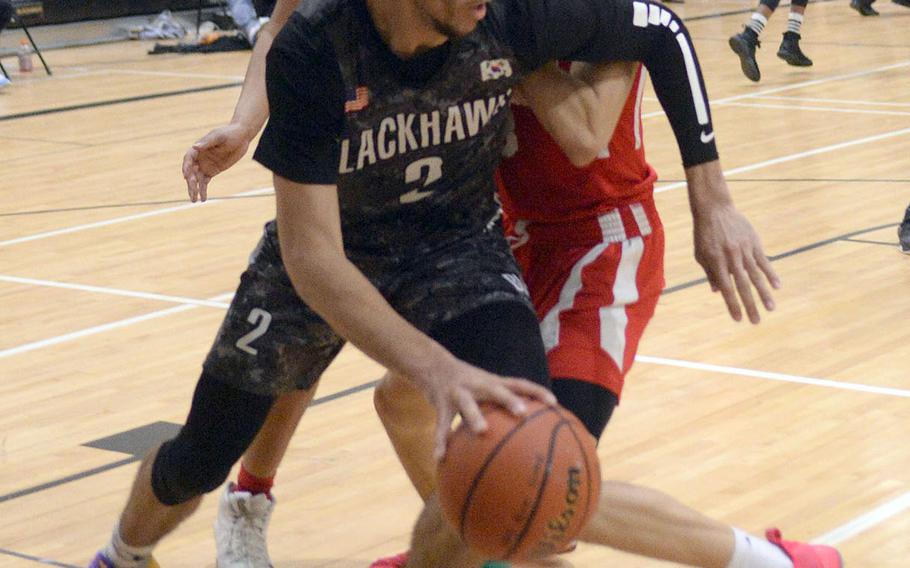 CAMP HUMPHREYS, South Korea – Trailing by 11 points in the second quarter against defending champion Nile C. Kinnick, Humphreys needed something, anything, to turn the tide and shift the momentum of Saturday’s Far East Division I boys basketball tournament final.

Leave it to 6-foot-9 senior Quintin Metcalf to provide the right medicine – a shot block on Kinnick sophomore Kaine Roberts, followed by a court-length drive and a basket for the Blackhawks en route to an 83-64 win, dethroning the defending champion Red Devils.

“That block was lucky for us; most times, a block will fly out of bounds, but this one stayed inbounds and I went down and finished, and we had the momentum from there,” Metcalf said.

That run helped Humphreys complete the most special boys basketball season in the school’s seven-year history:

-- The Blackhawks finished the season 33-0, the first unbeaten season in school history, including titles in all three tournaments Humphreys entered.

-- And Metcalf earned Most Valuable Player honors for the third straight year in a most unusual way: He was MVP in 2017 for D-I Seoul American and MVP last year for Humphreys when it was a Division II school.

“It doesn’t get any better than this,” coach Ron Merriwether said. “I’m extremely proud of the guys. They took the challenge. So many different games, different scenarios, yet they still found a way to win. It’s great to see the hard work pay off again.”

Last year’s D-I MVP, Kinnick’s Davion Roberts, put Kinnick ahead 26-15 with a driving shot 6 minutes before halftime. The Blackhawks rallied and the teams traded the lead six times before Metcalf gave Humphreys the lead for good 33-32 with a rebound basket 2:16 before half.

That sparked a 14-0 run midway through the game that put the Blackhawks ahead 44-32, and they never looked back. Trevijon Williams gave the Blackhawks their biggest lead 81-59 on a foul shot with 1:06 left.

Metcalf finished with 28 points, Jalen Hill had 10 of his 21 in the fourth quarter to keep the Red Devils at arm’s length and Collin Metcalf had 16 points.

“He might go down as one of the premier athletes to ever play for DODEA,” Merriwether said of Metcalf. “A kid like this doesn’t come along much.”

Kaine Roberts led Kinnick with 21 points, including five three-point goals. Davion Roberts and Chris Watson each had 13 for Kinnick.