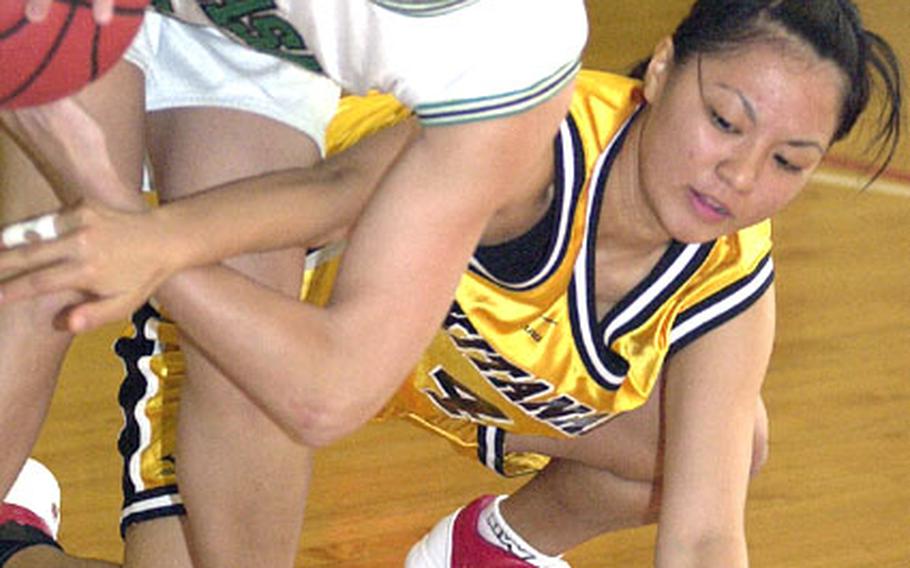 Kubasaki improved to 4-6 in its final game before the holiday break and snapped a mini-tailspin; the Dragons had lost two straight, 70-65 to Kitanaka on Dec. 4 and 61-41 to Okinawa Activities Council archrival Kadena last Friday.

But those losses also featured an offensive explosion by Mathieu. She&#8217;s piled up 80 points and 49 rebounds, 25 offensive, in the last three games, almost mirroring Jackson&#8217;s totals of 87 points and 54 rebounds in his past two outings.

Mathieu wasted little time asserting herself Tuesday, scoring 12 points in the first quarter and 18 in the second.

Seeing Foote rack up the points was good, too, he said.

The Dragons never trailed and substituted liberally in the second half after going ahead by 31. Kitanaka, behind the perimeter shooting of Ryoko Tokashiki (22 points, six three-pointers), got within 14 a couple of times but no closer.