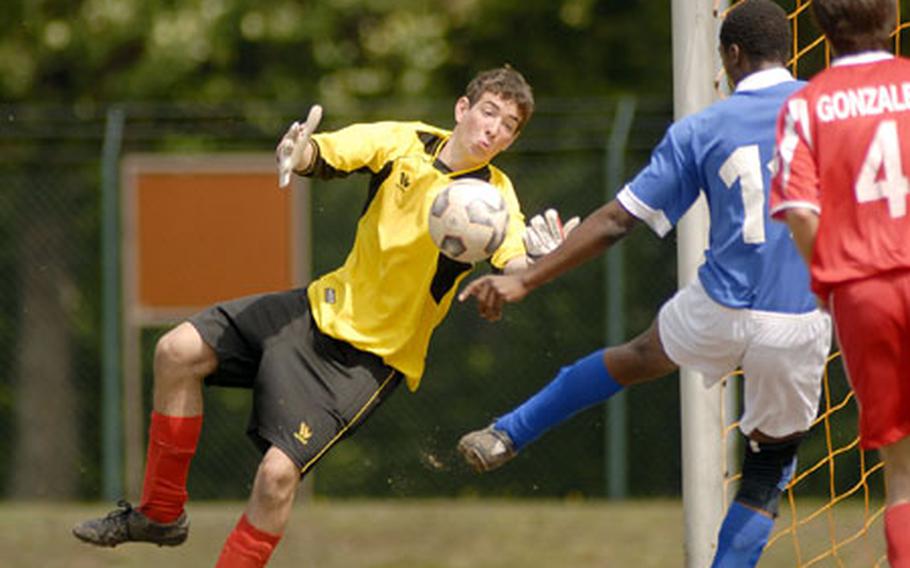 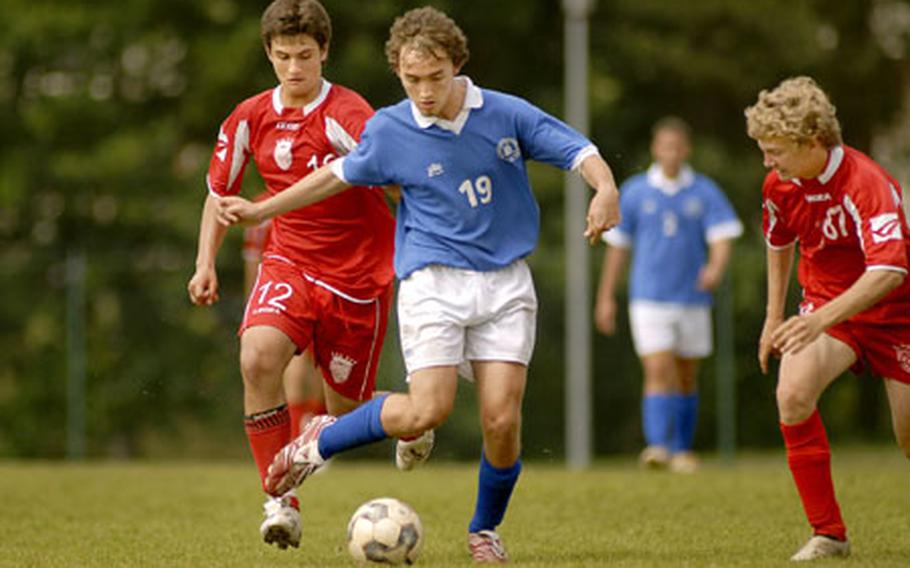 For Marymount, at least, the trip was worth it.

&#8220;Finally,&#8221; Marymount&#8217;s Siedi Mwandu sighed after scoring once and setting up the goal of the tournament in the Royals&#8217; 3-2 DODDS-Europe boys Division III championship victory.

Mwandu made sure the unbeaten American Schools in Italy League champion Royals wouldn&#8217;t fall behind again by setting up the game&#8217;s first goal.

Running down the right sideline, he deftly curled a perfectly placed cross into some wide open green space at the top of the AOSR box. Bardo Taranelli outraced an AOSR defender to the ball, dribbled through another defender into the box, kept his footing and the ball against a third defender before pushing the ball back across the grain into the net.

Scoring first made a difference for Marymount, Mwandu said.

Moments after AOSR tied the game on a goal by Eros Shenediela, Allesandro Trombatta restored Marymount&#8217;s lead with a goal of his own.

Mwandu made it 3-1 in the second half, and it looked as though that would be the final score until Shenediela stormed in with a minute left in the game and bounced a shot off the far post and into the net. Marymount and Mwandu attacked once more before time ran out and the celebrations began.

Marymount&#8217;s victory restored what it believes is the natural order in Division III. Since the schools began playing European championships in D-III in 1999, every title except one &#8212; last year&#8217;s victory by Hohenfels &#8212; has been won by Italy-based private schools.

Hohenfels surrendered its title on Friday night, falling to AOSR 1-0 in its final game in pool play, which determined the semifinalists. In those games, played Saturday morning, AOSR hammered London Central 5-0 and Marymount blanked Rota 1-0.