Mannheim's Meeks stands out on the court, in the classroom 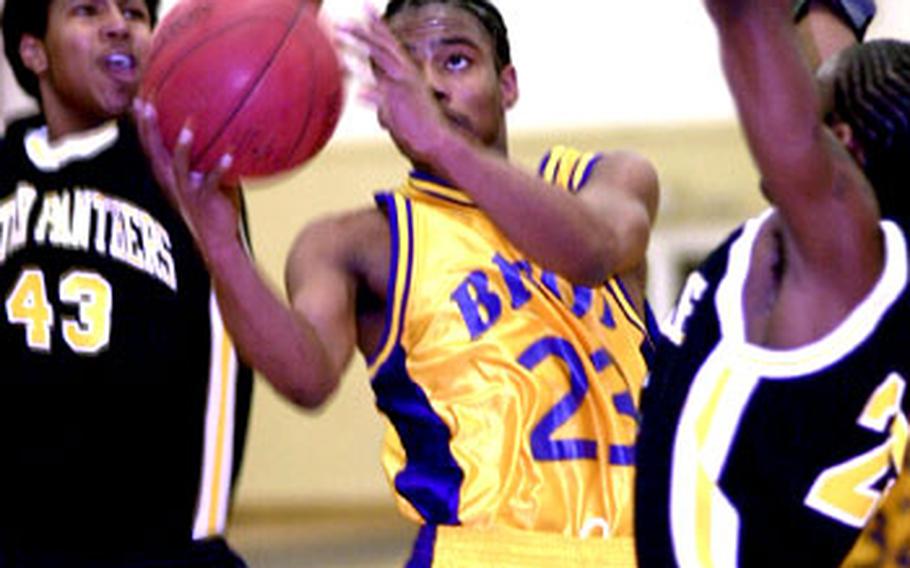 Mannheim Bison senior James Meeks is an All-Europe point guard who led his team to one European title and is in position to do it again.

He&#8217;s also senior class president and a National Honor Society student who has earned the respect of his teammates, teachers, coaches and classmates.

Meeks credits his parents for making him find the way to succeed &#8212; hard work.

To get that rush, Meeks endlessly practiced balancing books and basketball. He makes it look easy, but admits it isn&#8217;t.

Meeks battles through the rough patches with the uncommon drive and fortitude that have become his trademark, according to his coaches.

Meeks is the unquestioned leader of a Mannheim team that lost key seniors from last year&#8217;s championship run but plugged the gaps quickly.

Meeks, whose averages after three games this season are 21.6 points, five rebounds, 2.6 steals and nearly five assists per game, still knows how to fill the basket.

Last Friday, Meeks burned SHAPE for 30 points in a 63-57 victory, after the Spartans tried to psych him out.

Funny, but deserving of serious payback.

For now, Meeks has set his sights on leading Mannheim to another Division II title.

He&#8217;ll be the one holding the reins and taking that last shot as the Bison pursue their goals of a second title and an unbeaten season.