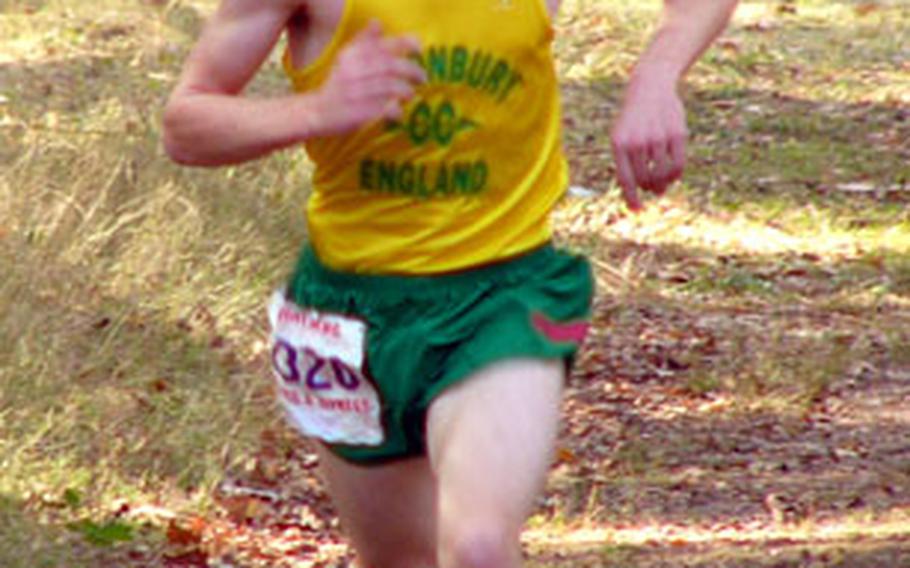 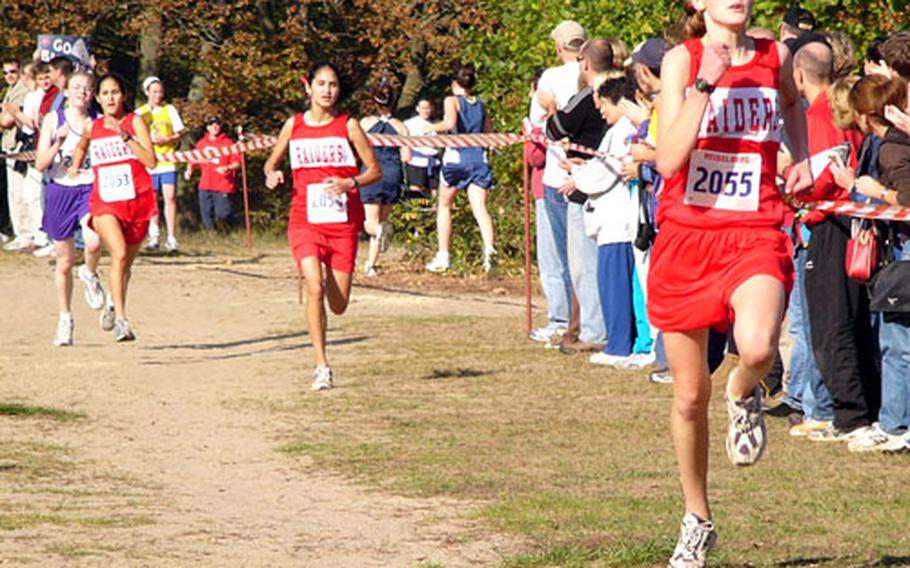 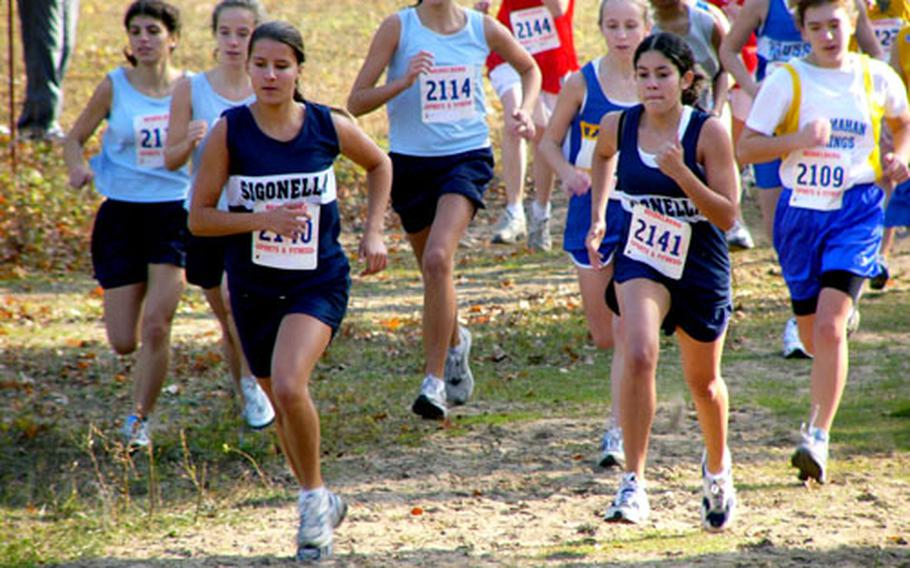 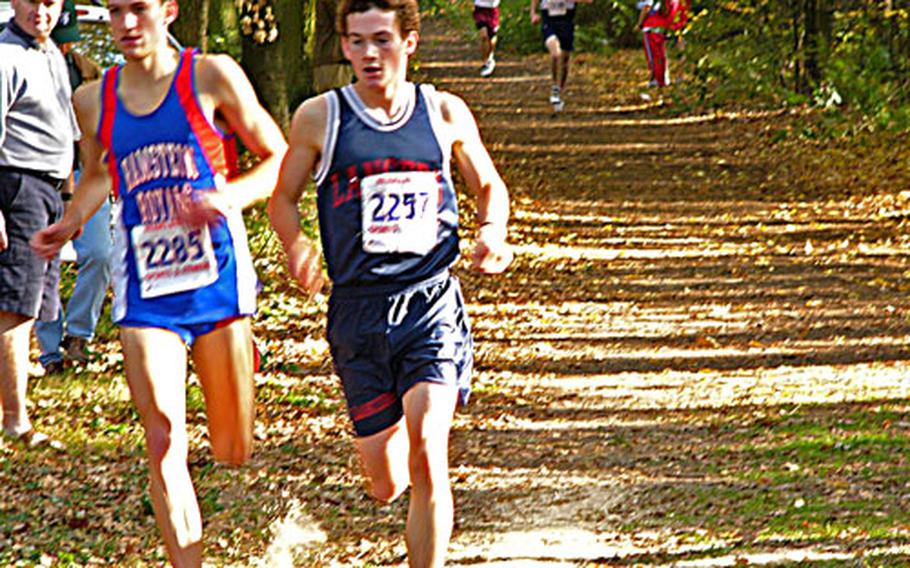 While Edwards lost his title and course record, he was a major cog in another record Saturday. Ramstein&#8217;s boys won an unprecedented sixth straight team title, outscoring runner-up Mannheim 35-79 behind Edwards, and a 6-7-9-11 finish by Noah Sheppard, Kevin Edwards Kyle Southard and Michael Parsons.

The Small Schools championship remained in the hands of Alconbury&#8217;s Landon Kemp, who buried the Division III-IV field for the second straight year.