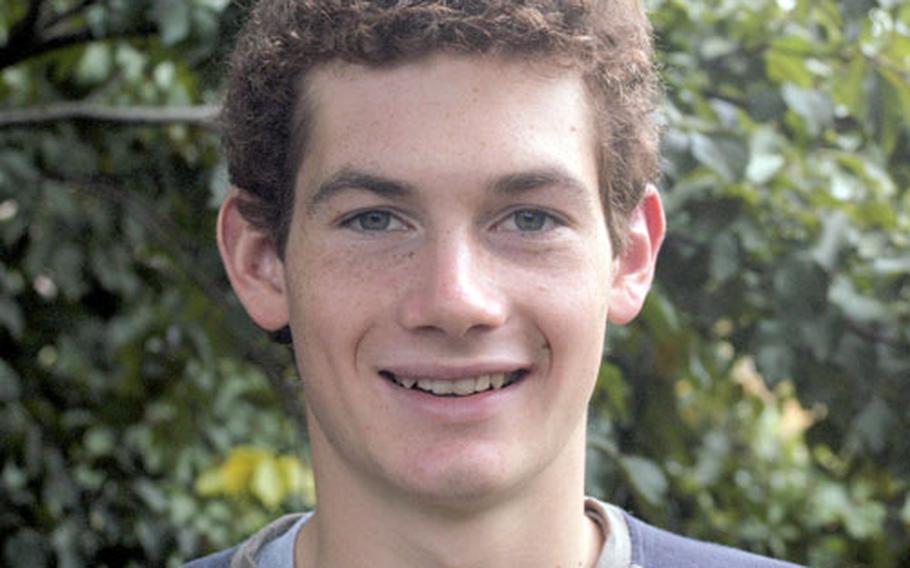 The 17-year-old senior and two-time champ of Department of Defense Dependents Schools European titles covered the 5-kilometer (3.1-mile) course in 15 minutes, 39.57 seconds, more than 12 seconds ahead of the second-place runner.

The run was a nine seconds faster than his course record-setting effort at the DODDS-Europe championships in Germany in October. But Billington said time-wise it wasn&#8217;t exceptionally fast because of the grueling conditions in Washington Saturday.

Hampered by rain and snow and with more than 130 other high school-aged boys to overcome, Billington led the race from the outset and maintained a strong enough pace to fend off a challenger who tracked him, he said.

Runners in the competition usually qualify for the by competing in regional races, but Billington was able to obtain a bye because of his status as an overseas dependent, he said.

The competition was also a homecoming of sorts for the runner &#8212; his family is from the Spokane area &#8212; and despite the cold conditions Billington said he enjoyed the event.