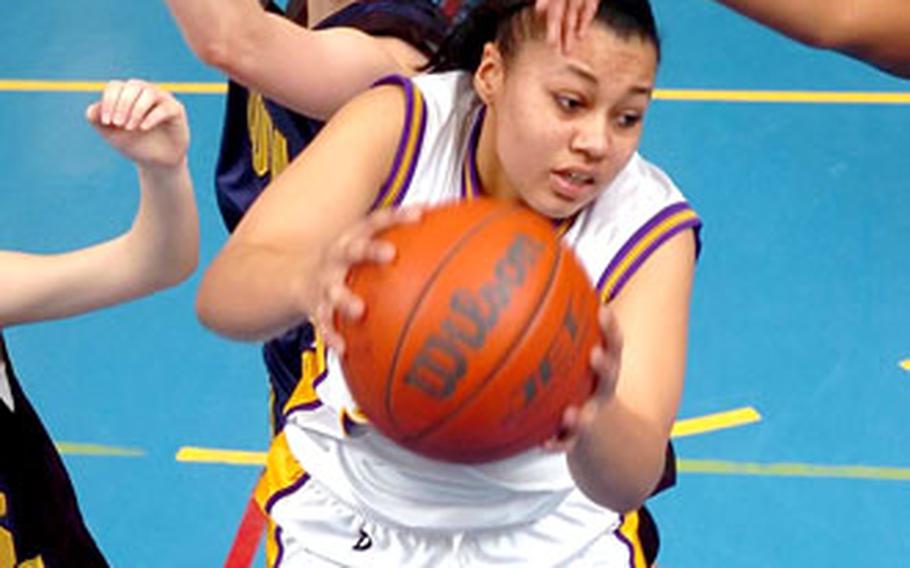 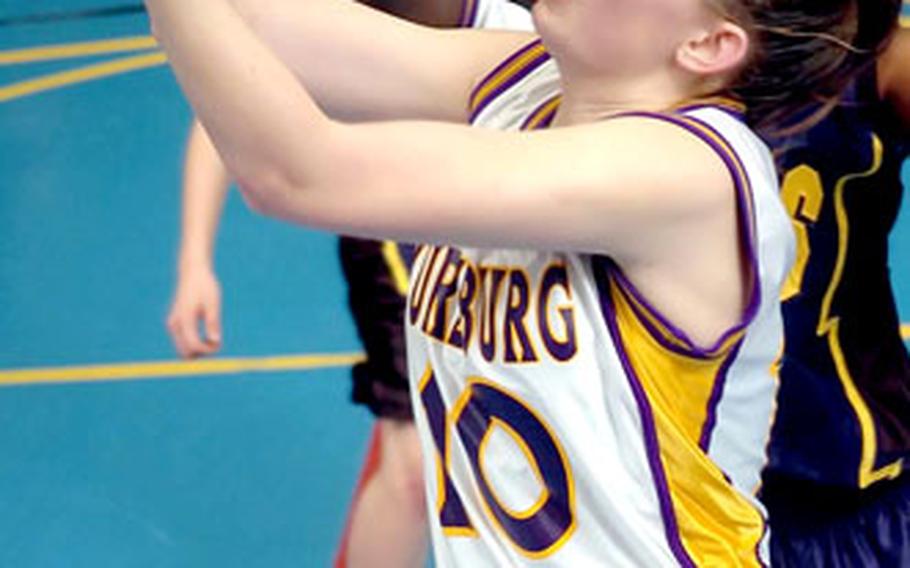 The Kaiserslautern Lady Raiders turned back another Division I contender on Friday and Saturday to solidify their position atop the conference with 51-21 and 46-36 victories at Lakenheath, England.

Freshman Kamiko Williams keyed both victories for the Lady Raiders (10-0), who are 3-0 in conference play. Williams scored 13 points and grabbed 14 rebounds on Friday, then came back in Saturday&#39;s conference game with 17 points, eight rebounds and four steals.

Kaiserslautern is the only Division I team with an unbeaten conference mark. Going into the weekend, Lakenheath (6-4, 2-1), which got 11 points from Greta Gerstener and 12 rebounds from Angela Gafford in Saturday&#8217;s game, and Ramstein were unbeaten in the conference.

K-town, which has beaten ISB, hosts Ramstein on Friday, then closes out its conference season with games at Wiesbaden and at Heidelberg.

Naples defeated Patch 32-23 on Friday, then came back on Saturday to turn back Vilseck 43-37 and Aviano 45-28. It was the third time in eight days Naples has defeated Aviano.

Nyrika Davis of Naples scored 19 points against Vilseck and 13 against Aviano.

Aviano hosted all three teams for a round-robin weekend. The Lady Saints won their other two games, beating Vilseck 46-36 and Patch 27-25.

Brussels 40, Baumholder 36At Baumholder, Brussels, which had to forfeit Friday night&#8217;s game because of a scheduling conflict, used 17 points from Michelle Rosas and 11 from Katie Weatherbie on Saturday to hand Baumholder its first loss of the season.

Mannheim 34-48, BFA 22-24At Kandern, Jasmine Lee took the lead role as visiting Mannheim remained unbeaten and moved into sole possession of the Division II-North lead. Lee scored 12 points in each game and stole the ball seven times on Saturday.

Kyri Bye-Nagel and Alexis Padgett scored in double figures in both games, and Naples transfer Michelle Brown dominated the rebounding with 15 on Friday and 10 on Saturday.