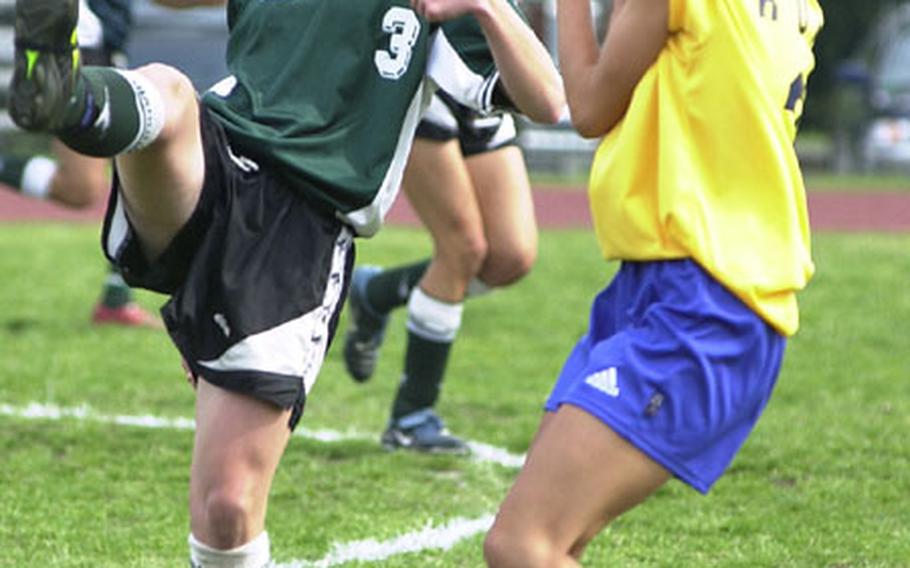 Kubasaki prevailed in a matchup of two clubs that thrived on explosive offense and quickness. The Lady Dragons outscored their opponents 30-2 in six tournament matches, while the Lady Panthers went 14-0 during the Guam season, with a goal differential of 66-3.

Guam coach Santiago Ortiz praised his team&#8217;s fight in the second half but felt it was victimized by some missed opportunities.

Foote scored 38 goals last year ago and capped this season with 26 in 12 games, the last two securing Kubasaki&#8217;s repeat.

Left alone 15 yards away from the Lady Panthers&#8217; goal in the 34th minute, Foote took a feed from center-forward Samantha Showns and left-footed it past a diving Jessica Charles and into the right corner of the net to give Kubasaki a 1-0 advantage.

Then, Guam got whistled for a push just outside the 18-yard box. Foote lined up for a direct kick and arched it high, off the hands of Charles into the upper right corner.

Despite taking command in the first half, the Lady Dragons remained diligent down the stretch.

They also had to battle an old friend and teammate, Christine Chop, Guam&#8217;s senior center-back.

Coming into the season, some thought Kubasaki might be vulnerable, particularly on defense.

Likewise, the Lady Panthers battled injuries earlier in the week and lost their first two matches, but they won three straight to reach the final for the first time. It was only the second time in four Class AA tournaments that a non-Okinawa team made it to the title game.