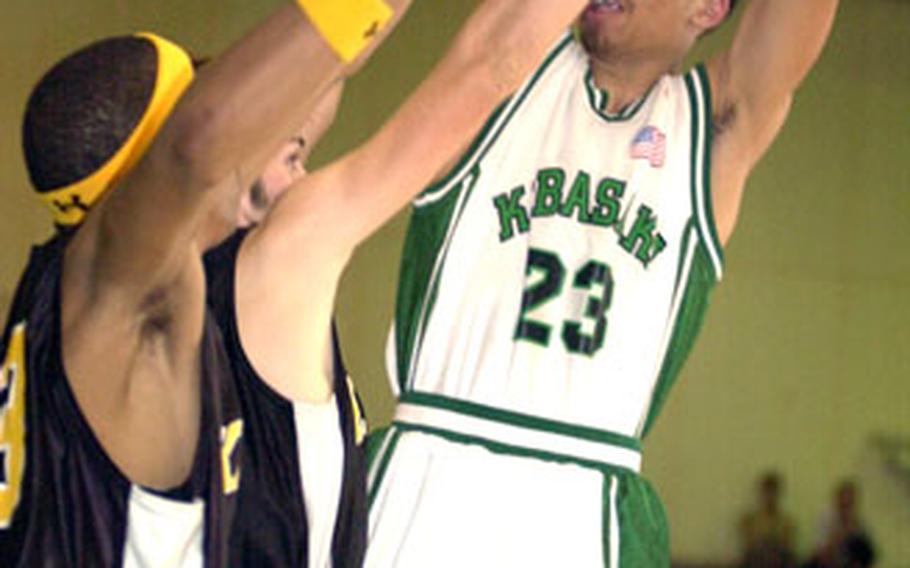 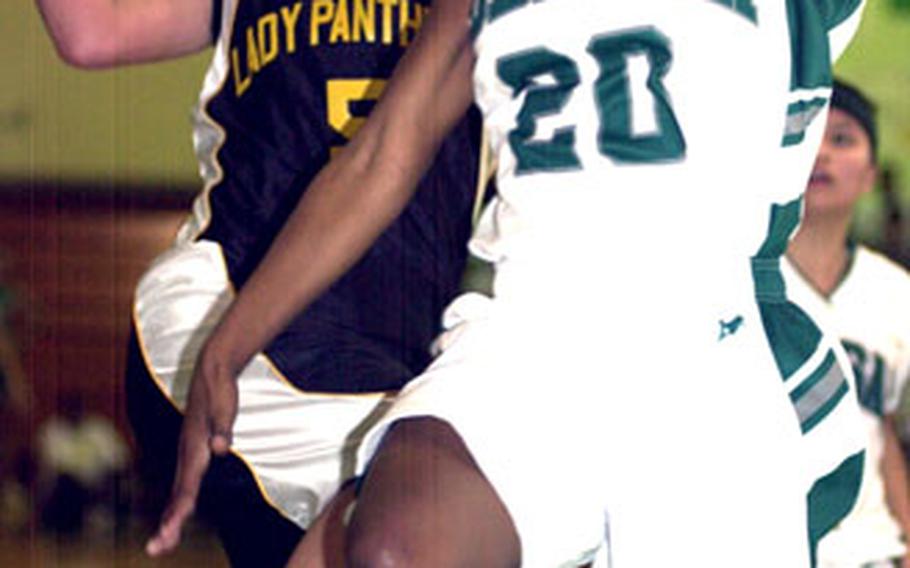 CAMP FOSTER, Okinawa &#8212; What a difference a week and a healthy dose of defense makes.

Eight days after Kadena crushed Kubasaki by 22 points, the Dragons rebounded smartly. They rode a 3-2 zone defense and the scoring tandem of seniors Vance Maxey and Stephen Thompson to a 92-63 rout of the Panthers before 400 fans at the Dragons&#8217; Den on Friday.

Kubasaki improved to 8-7 and evened the annual four-game Okinawa Activities Council &#8220;Rumble on the Rock&#8221; series at a game apiece. Kadena dropped to 6-9.

The Dragons previewed Friday&#8217;s victory three days earlier, when Kubasaki trailed Kitanakagusuku, a Japanese team, 50-29 six minutes before halftime. The Dragons rallied to win 102-100 on a late shot by Maxey.

&#8220;Kitanakagusuku was a huge confidence-builder for us, especially after Kadena drubbed us,&#8221; coach Chris Sullivan said of Kadena&#8217;s 83-61 pasting of Kubasaki on Jan. 12 at the Panther Pit. &#8220;We respect the heck out of Kadena and their program. We know we have to bring out our best game, and tonight, we brought out our best game.&#8221;

Sullivan switched Kubasaki out of its customary man-to-man defense into a 3-2 zone, clogging up the interior and forcing the Panthers to shoot from the perimeter. On offense, the Dragons played a controlled pace, getting the ball inside to their two finishers.

&#8220;We started to realize that initial strategies, to feed the big men down low and create mismatches underneath ... had to be followed through,&#8221; Sullivan said.

Of the switch to the zone, &#8220;We realize we aren&#8217;t the fastest team out there so we adjusted our strategy. Our 3-2 has been successful for us in the past,&#8221; Sullivan said of a defense that helped Kubasaki to a Final Four finish in last year&#8217;s Far East Class AA tournament and a runner-up spot in 2003.

The Dragons also sent an immediate message by scoring the game&#8217;s first 12 points. The Panthers chopped the gap to eight by quarter&#8217;s end, but it was all Kubasaki from there. The Dragons seized their biggest lead, 76-40, on reserve guard Michael Bennett&#8217;s three-point goal to end the third period.

&#8220;They got off to a great start, Thompson and Maxey were magnificent, their inside game was a total force in their success and they shot the ball very well,&#8221; said coach Robert Bliss of defending Far East Class AA champion Kadena.

&#8220;They played like a team,&#8221; he said. &#8220;We controlled the tempo and dictated the offense and defense. We spent the week working on that in practice. And the players are becoming more accustomed to each other.&#8221;

The teams meet again Feb. 3 at Kadena and Feb. 17 at Kubasaki.