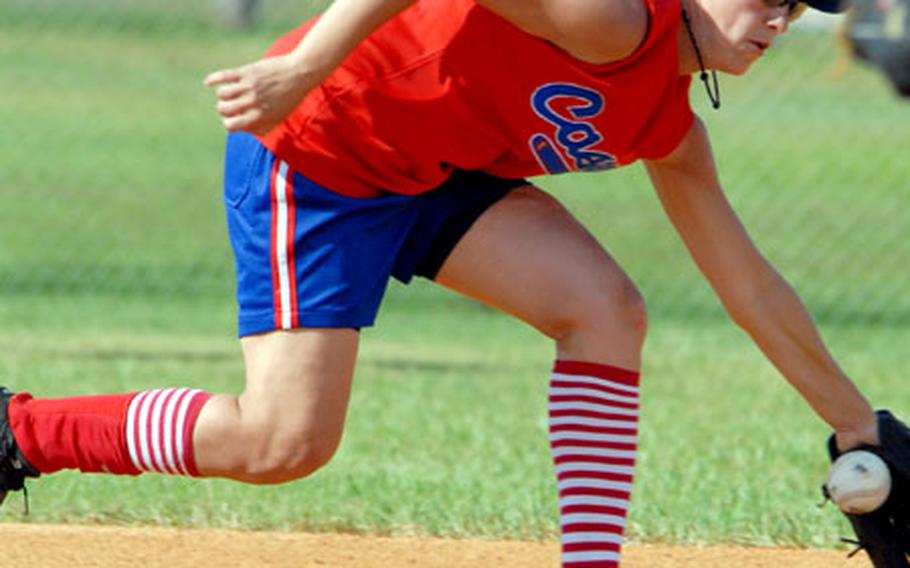 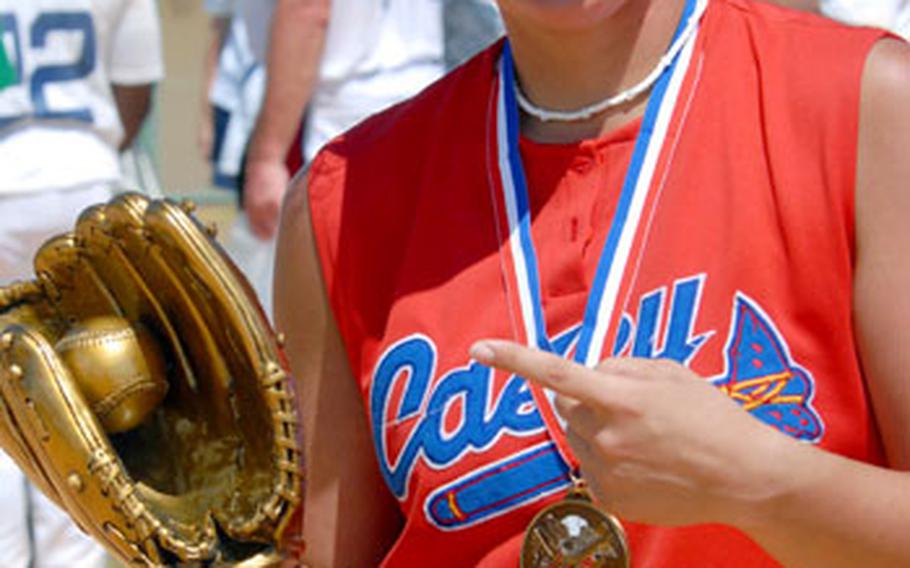 Jihrleah Showman of Area I of South Korea displays her wares after capturing women&#39;s Most Valuable Player honors in the 10th Firecracker Shootout. (Dave Ornauer / S&S) 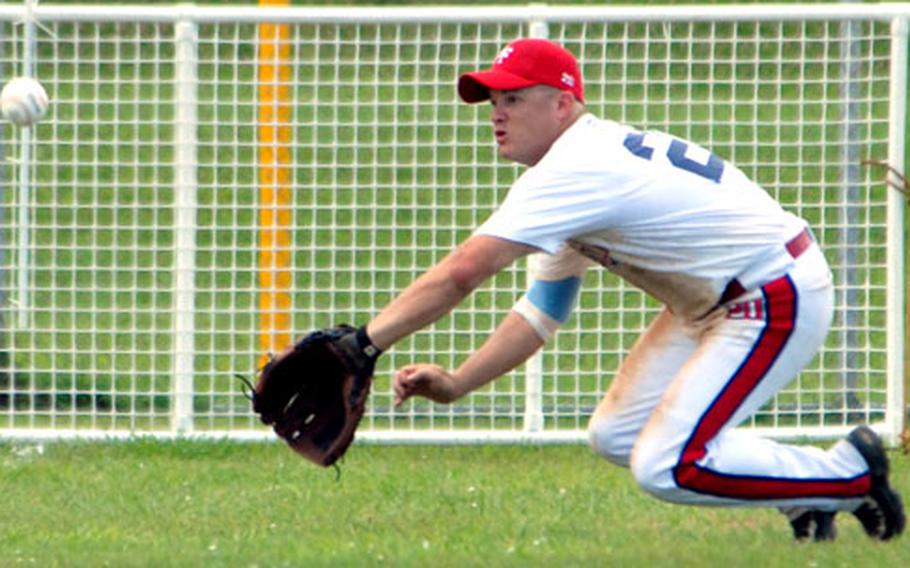 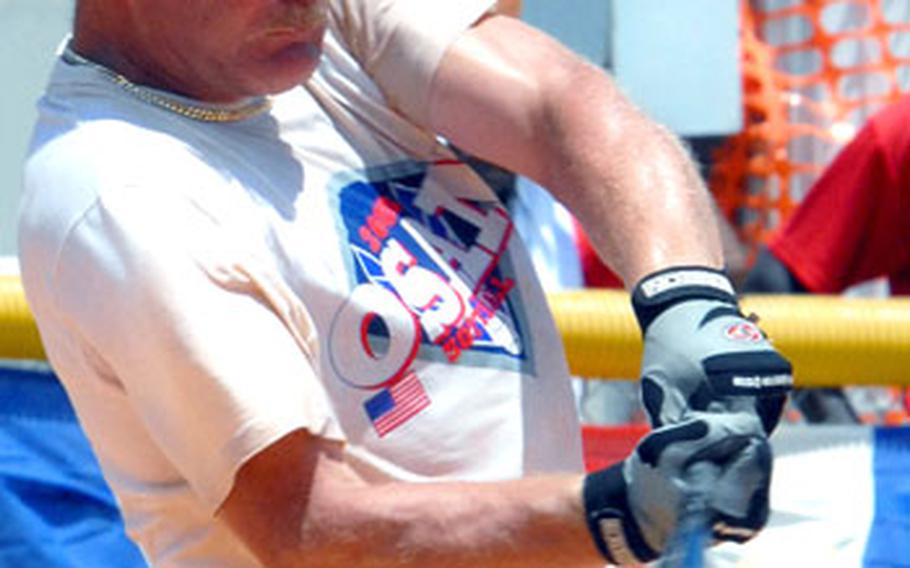 In searing heat and sunshine, Area I rallied from a 7-0 first-inning deficit to rout Yard Busters 27-16. The men&#8217;s championship in the double-elimination tournament went two games, with Osan coming out of the loser&#8217;s bracket to dethrone American Legion 15-14 and 15-11.

"To come over to Okinawa&#8217;s house and show who Korea is, in these conditions, this was great," Osan men&#8217;s coach Tony Dunaway said.

It was the first time the tournament&#8217;s been held since 2004; it was canceled the last three years due to budget cuts and lack of teams.

"Doug is a hitting and pitching machine," Dunaway said. "He sets the example, absolutely. It took everything he had. He had nothing left."

Anthony Germany, Joe Rivera and Guerrette hit back-to-back doubles in the sixth inning of the first game, giving Osan a 15-13 edge. Rivera, Germany and Guerrette combined to go 11-for 12 with nine RBIs in the opener. Legion&#8217;s Chadd Malin was 3-for-3 with a homer and four RBIs.

Osan led throughout the clincher. Inez Ornelas put it out of reach with a two-run single in the third and an RBI hit in the fourth that put Osan up 13-3. Legion cut it to 14-11 in the sixth but got no closer.

It was Osan&#8217;s third Pacific Grand Slam tournament title. Legion was aiming for its 10th; it also finished second in the Pacificwide Open in May at Yongsan Garrison, South Korea.

"It&#8217;s all about the zone," Showman said. "Clearing your head, preparing for the perfect pitch and swing. Form is key."

Four-year West Point starter Lauren Shaw was 5-for-5 with two jacks and five RBIs and pitcher Christy Lee homered twice and drove in five runs. Casey scored 10 times in the first inning and eight more in the fourth. As a team, Area I belted nine round-trippers.

Lindsay Barrish went 3-for-4 with a homer and five RBIs and Renee Longlais was 4-for-4 with a three-run double for Yard Busters.