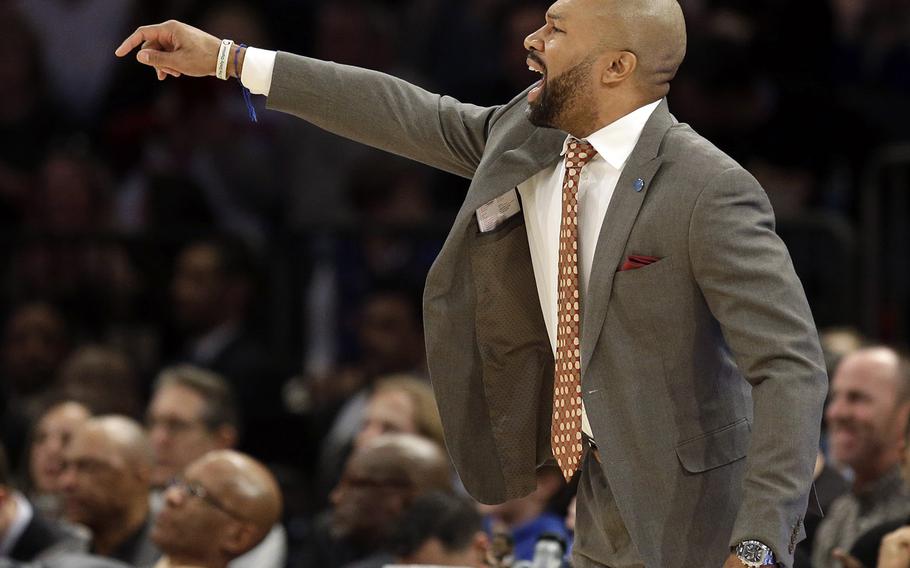 NEW YORK — Derek Fisher was fired as New York Knicks coach Monday, with his team having lost five straight and nine of 10 to fall well back in the Eastern Conference playoff race.

Fisher was midway through his second season. The Knicks are 23-31 and went 40-96 under Fisher. Team President Phil Jackson hired his former player in June 2014 shortly after Fisher ended his playing career.

“This is a very talented team with strong character and I am confident they will succeed,” Fisher said in a statement. “Obviously, I’m disappointed, but have learned an immense amount from this experience and hope to grow from it.”

The Knicks went 17-65 last season but upgraded their roster during the summer with the drafting of Kristaps Porzingis and the signing of veterans Arron Afflalo and Robin Lopez.

They had the look of a playoff team most of the season but are stumbling into the All-Star break, and fans loudly booed when they fell behind by 19 points Sunday during a 101-96 loss to the Denver Nuggets.

Fisher accepted some of the blame for the team’s recent slow starts after the game, though All-Star forward Carmelo Anthony said that was the responsibility of the players.