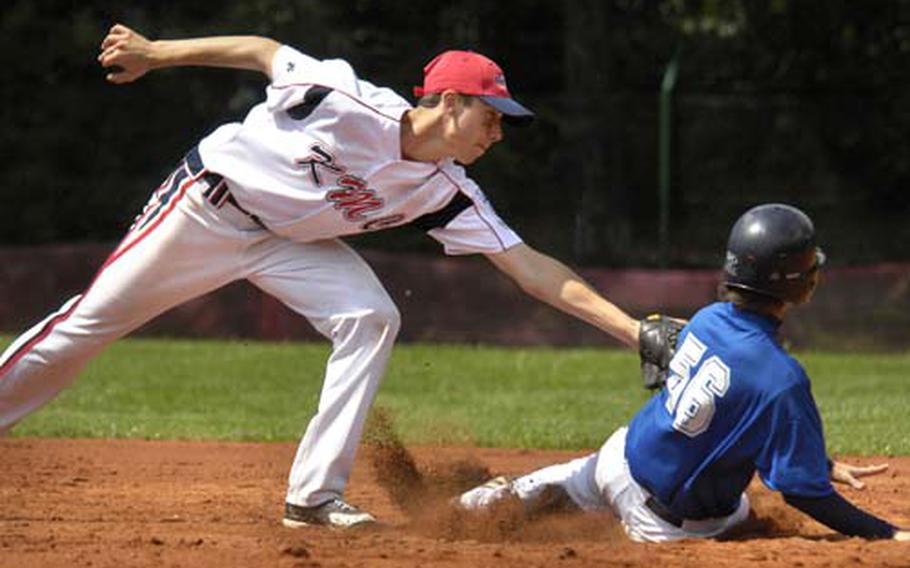 Cavan Cohoes of the Kaiserslautern Military Community All-Stars tags out Marco Gheno of Italy early in the 2nd inning Monday at a field in Vogelweh. KMC defeated Italy 11-9 in the second day of the Senior League baseball tournament. (Ben Bloker / S&S)

Cavan Cohoes of the Kaiserslautern Military Community All-Stars tags out Marco Gheno of Italy early in the 2nd inning Monday at a field in Vogelweh. KMC defeated Italy 11-9 in the second day of the Senior League baseball tournament. (Ben Bloker / S&S) 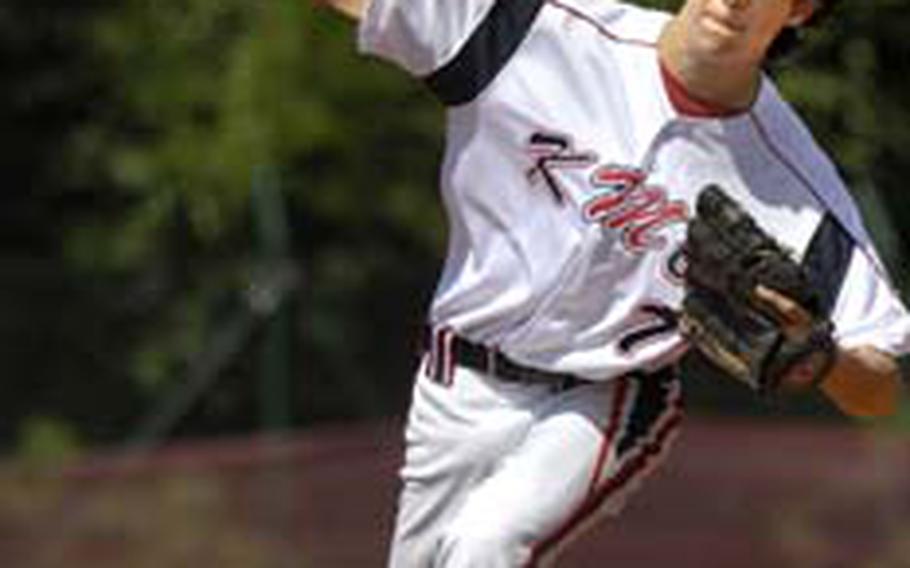 Finn Friedenberger of the Kaiserslautern Military Community All-Stars slings a pitch at Italy during the first inning Monday at a field in Vogelweh. (Ben Bloker / S&S) 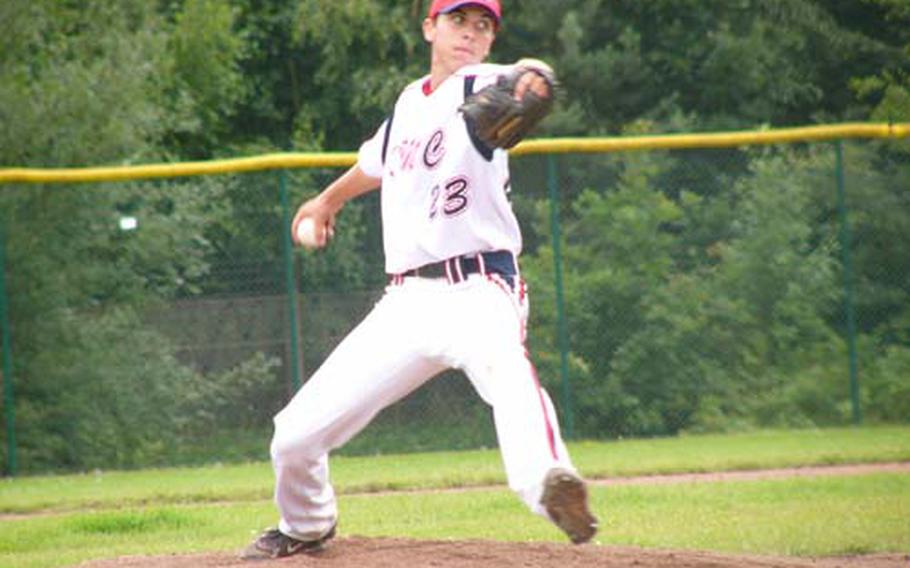 Kaiserslautern Military Community’s Cavan Cohoes works to the batter during his one-and-two-thirds innings of hitless relief Sunday. The American won 8-3 against the Netherlands in the opening game of Little League Baseball’s Senior League European Regional at Ramstein Air Base, Germany. (Rusty Bryan / S&S) 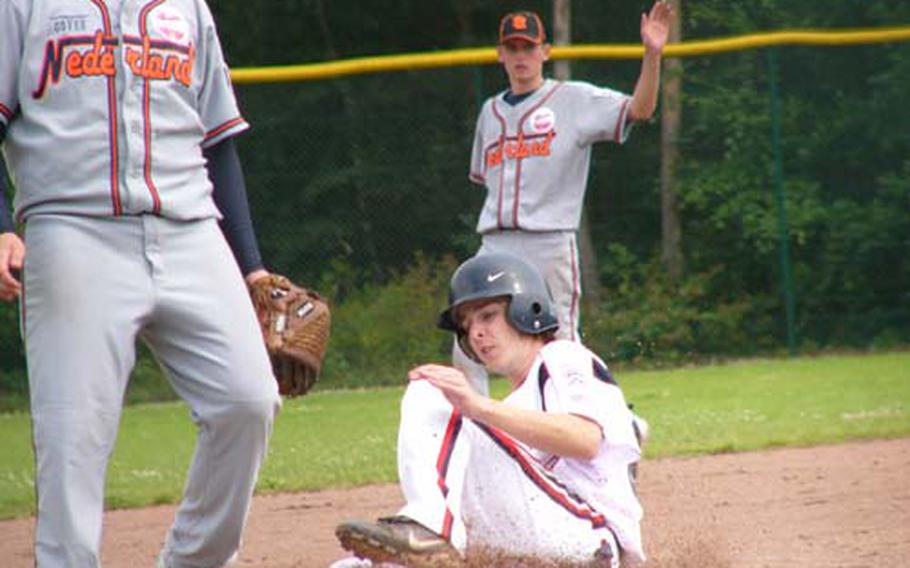 KMC’s Joey Beach slides into third on an uncontested steal Sunday during the home team’s 8-1 victory over the Netherlands in both teams’ opening game of the six-day European Senior League Regional tournament at Ramstein Air Base, Germany. Netherlands shortstop Wyenand Ruben signals his catcher not to throw to third baseman Jelle Voshoc. (Rusty Bryan / S&S)

KMC scored a run when Ian Acosta and Cavan Cohoes led off the bottom of the sixth with back-to-back singles. Josh Sloan then singled to right, scoring Acosta and sending Cohoes to third.

Italy pitcher Gabriele Orso got the next two batters out and had two strikes on batter Joey Beach, when Cohoes broke for home.

Neither did Orso, whose deliberate delivery to the plate allowed Cohoes to slide under the tag.

Up by two runs, KMC called on reliever Andre Porterfield to close out the team&#8217;s second victory in as many games.

"I like the pressure," Porterfield, an All-European last season for the Ramstein Royals, said about closing. "I&#8217;m supposed to be a starter, but I&#8217;ll take whatever role they give me."

Ironically, the baserunning that paid big dividends for KMC ran Italy out of several promising innings, thanks to the strong arm of KMC backstop Acosta. Acosta erased the leadoff runner in the second on a steal attempt, then gunned down two more Italy runners in the third inning.

"I love catching," Acosta said about his two third-inning assists that held the Italians scoreless in what had begun as a promising frame.

The victory puts the undefeated Americans into a 9 a.m. showdown Tuesday at Ramstein Southside against two-time defending European champion Lithuania. Lithuania downed Germany 12-5 on opening day and was to play Moldova on Monday.

KMC closes out its round-robin against Germany at 9:30 a.m. Wednesday at Vogelweh and against Moldova at noon Thursday at Ramstein. The top four teams of the six here advance to Friday&#8217;s semifinals at Ramstein.

Those winners are to clash on the same field Saturday for the championship, with the winner headed to the Senior League World Series next month in Bangor, Maine.