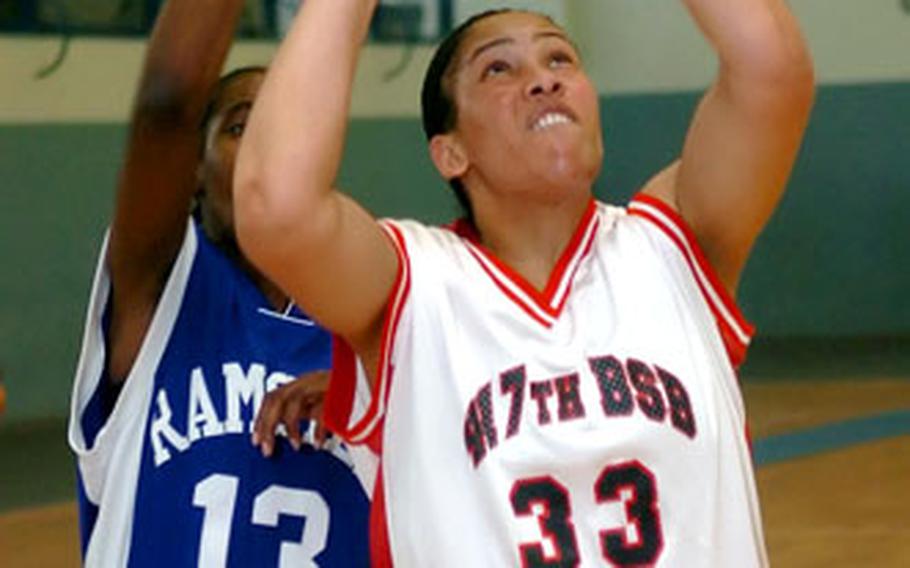 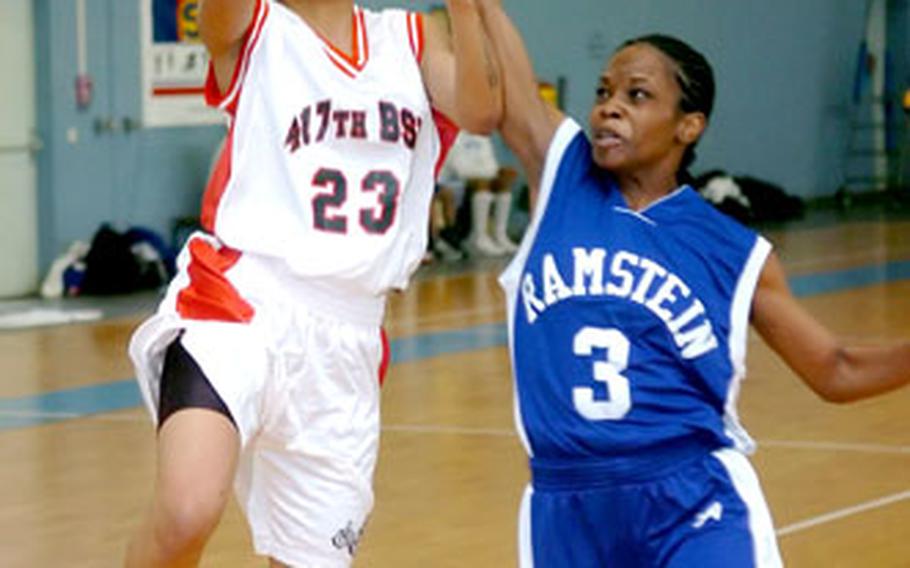 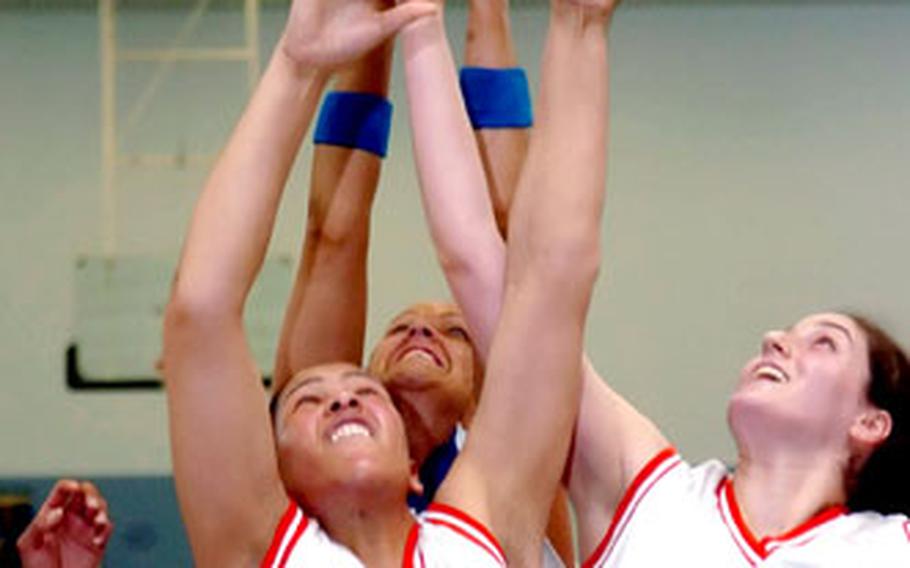 KAISERSLAUTERN, Germany &#8212; The Kitzingen Lady Rattlers finally walked off the court victorious in the final game of a tournament, claiming the 2006 U.S. Forces Europe women&#8217;s basketball championship with a 56-46 comeback victory Sunday over the Ramstein Lady Rams.

At halftime Sunday, it looked as though this would be the third title-game loss to Ramstein. The Lady Rams led 26-20, and Kitzingen was struggling to score.

Ramstein expanded its edge to 30-22 before Borden shook things up by bringing in Paula Horner and three-point shooter Lidia Smith. The substitutions paid immediate dividends as the burly Horner began taking apart Ramstein&#8217;s inside game and Smith canned two of three treys to allow the Lady Rattlers to pull away.

Hunter began by stepping in front of Ramstein&#8217;s entry pass to Brooks, who was on her way to a game-high 18 points. She would have had more, but Hunter quickly stole the ball three times, then sank four of six free throws to tie the game at 38 with 6:26 to play.

That set the stage for Smith, who canned back-to-back treys to put Kitzingen ahead for good, 47-38 with 3:40 to play.

The victory capped Kitzingen&#8217;s rise from pool-play doormat the first two days of this four-day event to U.S. Forces champion.

The Lady Rattlers did just that, beginning with the double-elimination portion of this event which matches the top two teams from the Army-Europe championships against the winner and runner-up of the USAFE event. Ramstein came in as Air Force champion and Kitzingen as runner-up to Wiesbaden in the Army event.

But the Lady Rattlers were dominant in the final bracket, hammering Ramstein 63-37 and Mildenhall 52-42. Ramstein battled back with a 61-54 losers-bracket final victory over USAFE runner-up Mildenhall, but to no avail.

The USFE men&#8217;s title was on the line Sunday night, but did not finish by press time. USAFE champion Mildenhall forced an if-necessary showdown against Army champion Wiesbaden with an 84-69 romp in Sunday&#8217;s championship game.