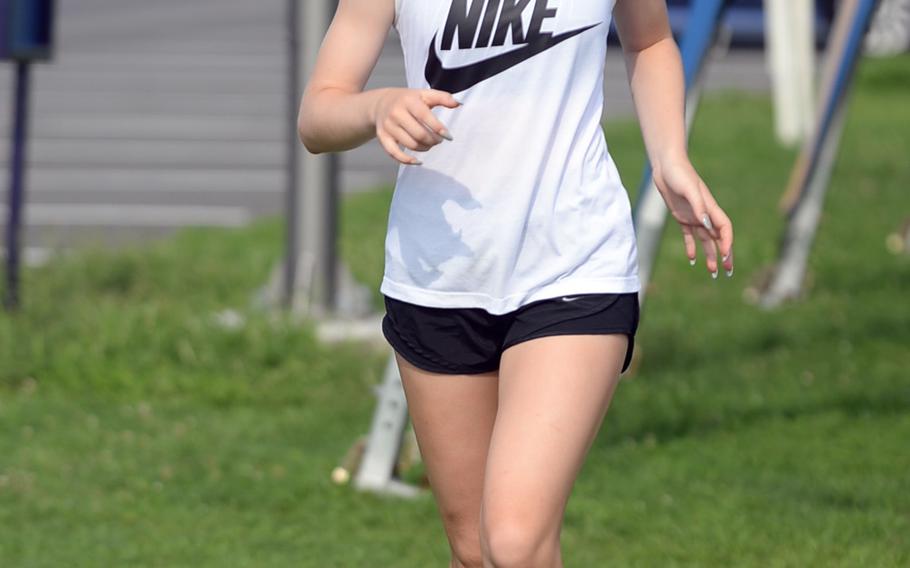 YOKOSUKA NAVAL BASE, Japan – Already a Far East track and field power, Nile C. Kinnick has seen some of that success translate over to the cross country courses in recent times.

The question for coach Luke Voth and the Red Devils is, do they have enough depth to keep up that recent run, which included a Far East Division I cross country school banner, Kinnick’s first in 11 years?

“We have to find a couple more (runners), then we’ll be competitive,” Voth said.

Fast runners finishing at the top or near it can garner the headlines; Akimanzi Siibo, a junior, was Kinnick’s highest-placing runner in last November’s Far East boys meet, third.

But it requires depth, a solid group of five runners, for a team to bring home team honors, Voth said.

It was the Red Devils’ boys who set the pace to that long-sought school banner a year ago, with Siibo and the graduated Jerry Lotz leading the way. This year, it may be the girls’ turn, with sophomore Rissa Eilmes and seniors Erin Stonebarger and Taryn Cates-Beier the headliners.

“We have some cachet among the girls; we’re just waiting for a couple more” to fill out the lineup, Voth said.

With Lotz gone, the Red Devils boys “definitely have some building to do, but I do have a plethora of young kids,” Voth said. “I’m not sure if we’ll win anything, but it will be fun to watch them develop.”

Meanwhile, a face from Kinnick’s tennis team moves over to the cross country courses – Ryan Posthumus, a senior, will try his hand for the first time. A transfer from Seoul American, Nathan Scheidt, a junior, is running for his third school in three years.

Even though the girls ranks are top heavy, Stonebarger said the Red Devils are hoping for a fifth runner “to show up and run. Right now, we’re still pretty good,” she said.

Yokota, the reigning Far East Division II champion, also feels it could be a good bet for a repeat run, but it also depends on who emerges behind the front-line stars, coach Dan Galvin said.

“There’s a lot of competition, good numbers,” Galvin said of a team that had 33 try out from a school enrollment of just around 300. “The boys could potentially be very good. The girls are running in a good group and are dedicated.”

“If they (girls) can move up as a group and if the boys perform as I expect, we’ll be right in the D-II mix,” Galvin said.