Kinnick pinning track title hopes on its stable of throwers 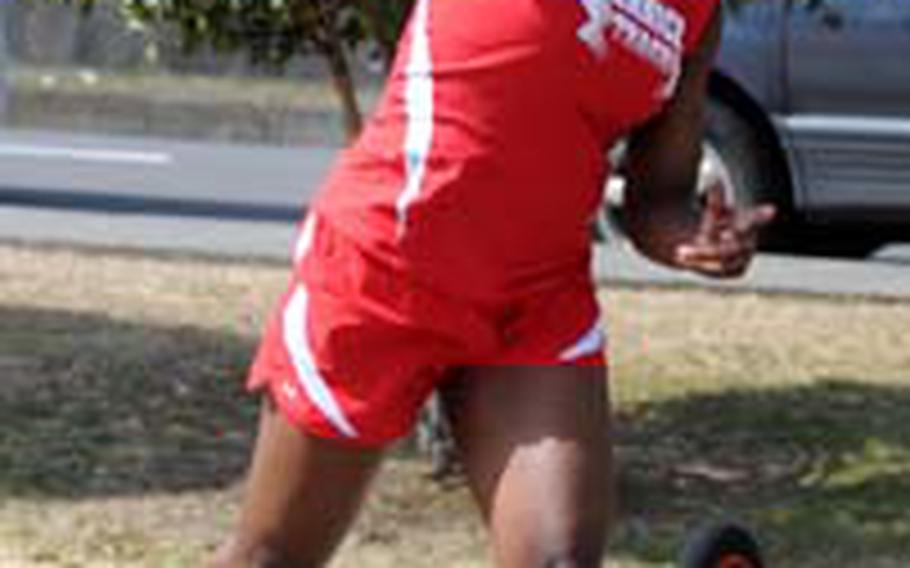 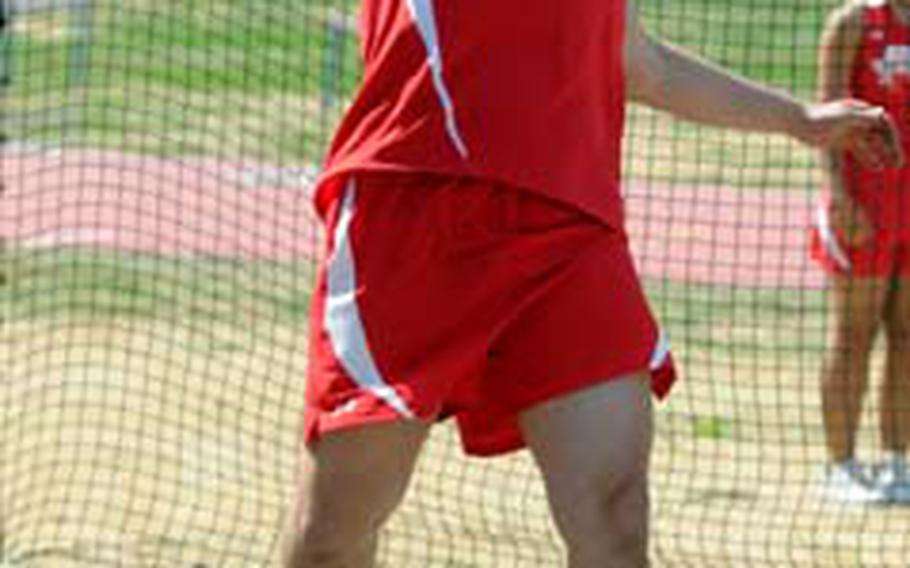 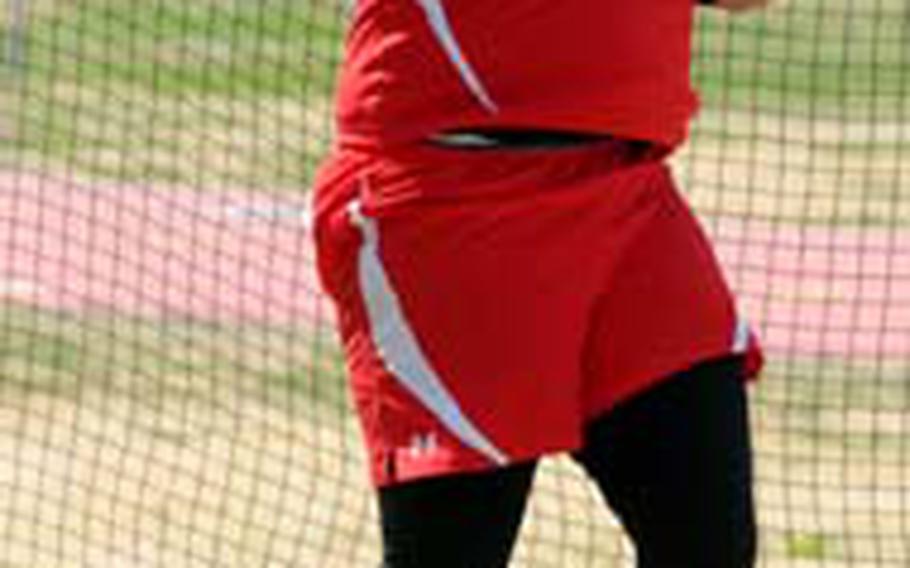 For her part, Jackson was probably more surprised than anybody.

Jackson and fellow throwers Adam Cason and David de los Santos form what Garrido calls the &#8220;heart and soul&#8221; of a Red Devils team looking to challenge at such events as next week&#8217;s Mike Petty Memorial Meet and next month&#8217;s Kanto Invitational in Tokyo and the first Far East meet on Okinawa.

For Garrido, Jackson&#8217;s success came as no surprise. He&#8217;d coached the 6-foot-2 All-Far East selection in volleyball, where she&#8217;d averaged 15 spike kills and seven block points per match. He&#8217;d then watched Jackson average a double-double for the season for the Red Devils in basketball.

An example came at last Saturday&#8217;s meet at Zama, where Zama&#8217;s Roland Cote fired the discus 123-3. Suitably inspired, Cason responded with a 122-7, beating his personal best by more than two meters.

While Kinnick&#8217;s throwing is strong, de los Santos says the Red Devils can compete in other areas as well, thanks to the presence of three newcomers competing in short sprints.

What pleases Garrido across the board is the demeanor of his entire team.

How far their actions will take them, individually and team-wise, remains to be seen, but de los Santos feels Kanto Plain Association of Secondary Schools and Pacific records are within reach, while Garrido is cautiously optimistic about his team&#8217;s chances.

De los Santos feels either he or Cason can exceed 130 feet in the discus.

Jackson, for her part, feels coming close to or breaking the Kanto record is possible.

Team honors are another matter. American School In Japan still looms as the Kanto Plain&#8217;s premier team, and while ASIJ won&#8217;t compete in Far East, there are Kadena&#8217;s boys and Kubasaki&#8217;s girls and Seoul American&#8217;s overall strength to consider.