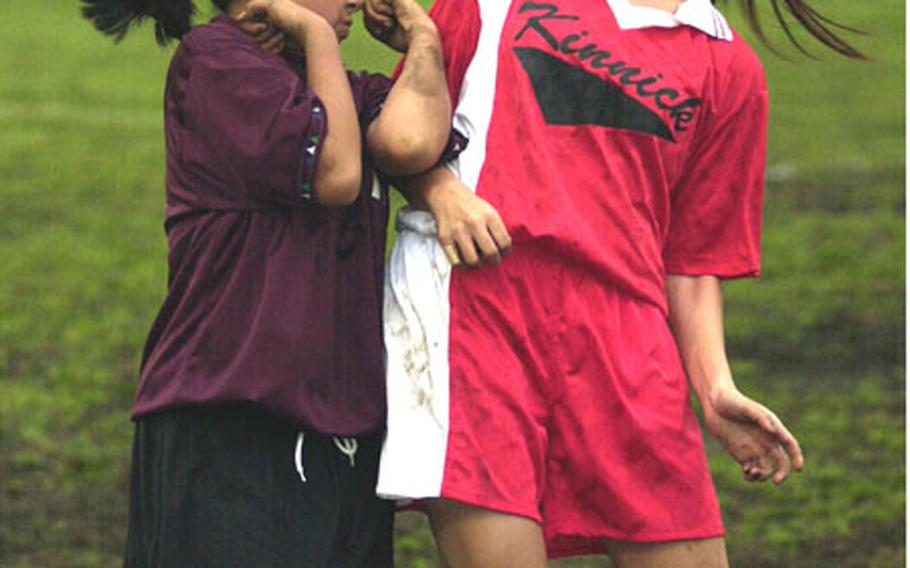 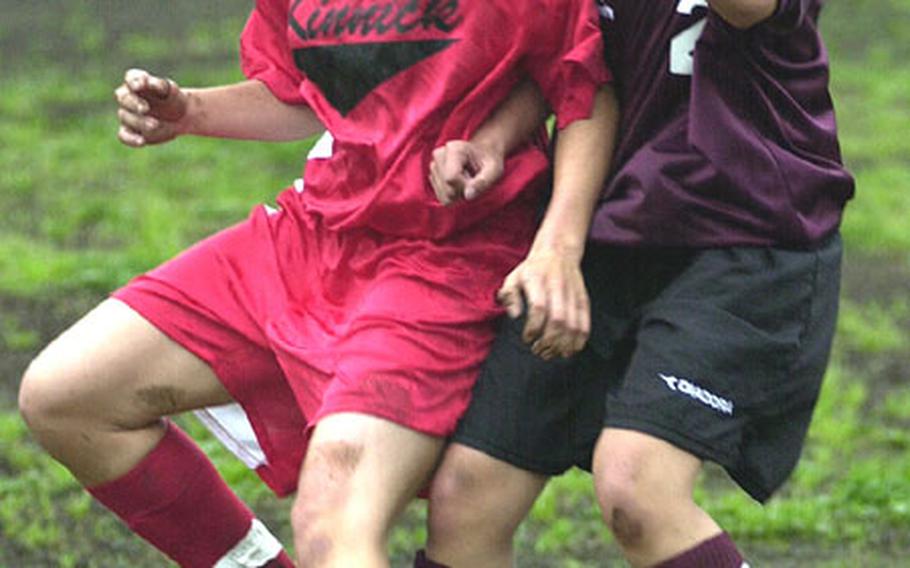 IKEGO HEIGHTS NAVAL HOUSING FACILITY, Japan &#8212; Melissa Fedyschyn&#8217;s eyes lit up, as though she&#8217;d just been handed a special treat &#8212; which she had, since she and her Nile C. Kinnick teammates are barred from eating snack foods during the Japan Soccer League season.

&#8220;Coach never lets us eat this stuff,&#8221; the junior midfielder said before sinking her teeth into a slice of pepperoni pizza.

The culinary bounty, provided by the Navy recruiting office at nearby Yokosuka Naval Base, was a rare treat allowed by Kinnick coach Nico Hindie, who has strict rules about what his players eat during the season.

Since falling 3-1 to the American School In Japan in their second match of the season, the Lady Red Devils (10-1-1) have won nine of 10, following a 3-1 victory over Robert D. Edgren on Saturday. They enter next week&#8217;s Class AA Far East Tournament at Camp Zama as one of the favorites.

It&#8217;s been an unassuming climb for Kinnick. Amid the hoopla of a six-match winning streak by Yokota, Guam High&#8217;s perfect season and talk of Kubasaki priming for another Class AA championship, the Lady Red Devils have operated on the fringes of the Far East soccer radar.

&#8220;We like it quiet,&#8221; said Hindie, the former Kinnick boys coach who took over the girls program this season after spending last year at Rota Naval Station in Spain. &#8220;It takes some of the pressure off of us.&#8221;

Since the inception of Far East tournaments in 1998, Kinnick is the only non-Okinawa team to make the girls final, losing 1-0 to Kadena in the 2000 title game at Misawa Air Base, Japan.

Hindie believes this crop of players is better.

But is it enough to produce a Class AA title?

And just what kind of delights can the team expect should a Far East title fall its way?