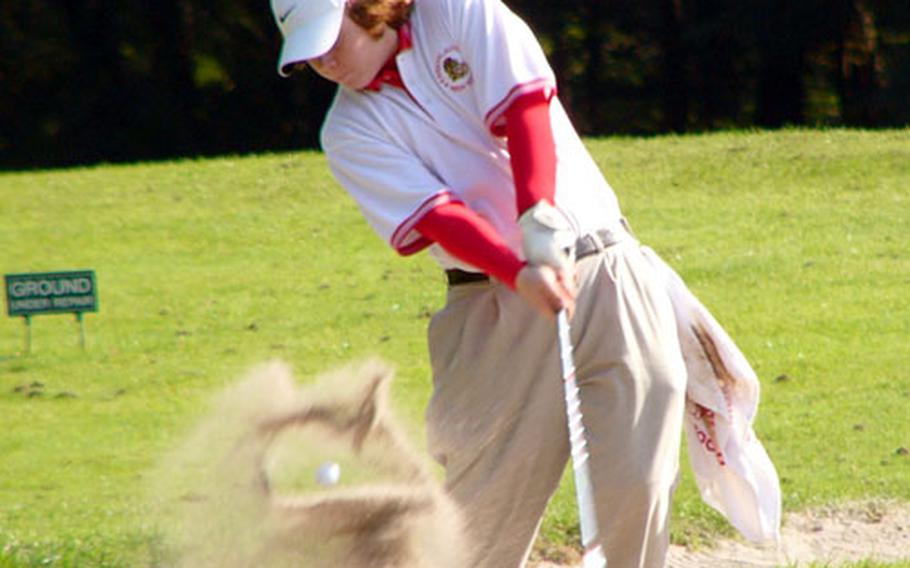 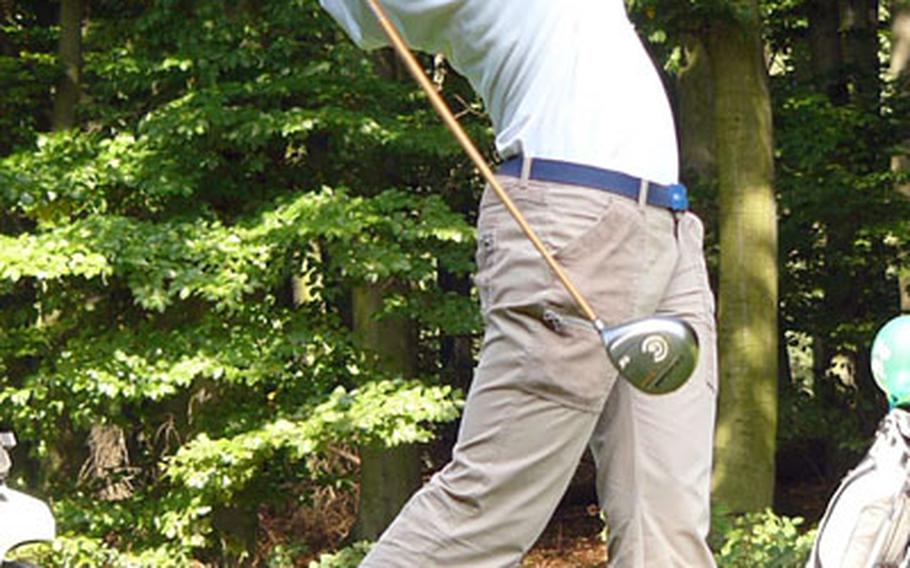 Of the 31 boys Thursday who took on Rheinblick, just three &#8212; Ben Antonik of Kaiserslautern, Josiah Almosara of Lakenheath and Hank Mol of Ramstein &#8212; were able to break 100 on the challenging 6,239-yard, par-72 hilltop layout, generally recognized as Germany&#8217;s toughest.

The comeback included three birdies, despite playing on a handful of greens that had been aerated for the winter. Still, Antonik said, the course was in the best shape he had experienced in his three title tournaments here.

Antonik credited his short game and driver for his first-round lead and said he was looking forward to defending it during the final round.

Ordinarily, the high schools use the more forgiving Stableford scoring, which the girls employed on Day 1.

Ramstein&#8217;s Allysen Vance grabbed the girls&#8217; lead by amassing 21 points, four of them earned with a birdie on No. 11. Second was Kayla Esmond of Lakenheath with 12 points.

All but the top nine boys will join the girls in using Stableford scoring for the final round.