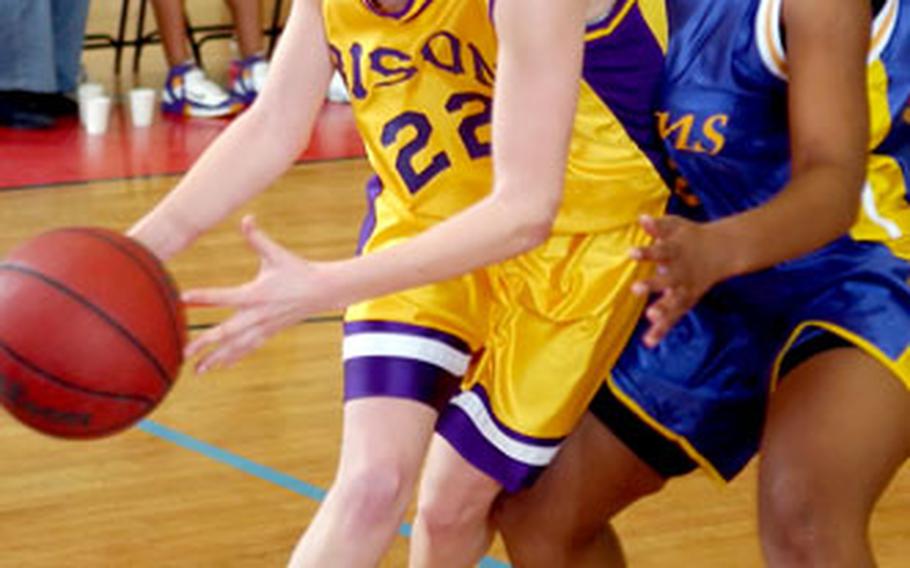 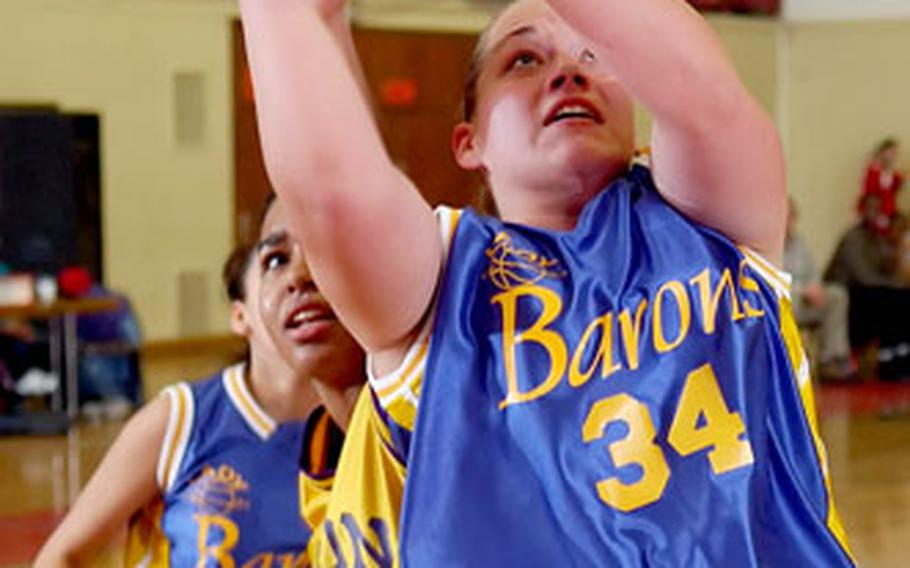 KAISERSLAUTERN, Germany &#8212; The Kaiserslautern Lady Raiders showed more polish than holiday rust, scoring the first 17 points on the way to a 60-29 victory over SHAPE.

Practice came close to making perfect during a game that saw the Lady Raiders (5-0) back up their fast start by clamping down defensively to pin two four-point quarters on their guests after halftime.

Particularly breathtaking was the performance of Kaiserslautern&#8217;s backcourt. Freshman Kamiko Williams had 16 points, 8 rebounds and 3 assists in three quarters, and senior Anisha Ingram had 14 points, 5 rebounds, 5 steals and 5 assists.

SHAPE shrugged off Friday&#8217;s loss to win its third game of the season over a D-1 foe on Saturday. Ashley Jordan scored 17 points and Ebonee DeVos grabbed 15 rebounds and blocked three shots as the Lady Spartans, who swept visiting Lakenheath to open the season last month, upended Heidelberg 48-34.

Lakenheath 63-37, Wiesbaden 36-36At RAF Lakenheath, England, Angela Gafford took control of the backboards on Friday and Saturday against Wiesbaden. She had 23 rebounds to go with 18 points in Friday&#8217;s romp, and followed with 20 rebounds and 15 points in Saturday&#8217;s D-1 conference victory.

The Lancers, however, weren&#8217;t assured of their first D-1 win until the final 24 seconds on Saturday, when Anne Keenan sank the second of two free throws.

On Friday, according to AFNORTH coach Greg Blankenship, Baumholder&#8217;s Tish Shelhas took control of the game in a second quarter in which she scored 18 of her 23 points.

On Saturday, AFNORTH held Shelhas to 12 points, but the Baumholder star grabbed 10 rebounds and made eight steals. The biggest of those came with 40 seconds to play, and was followed by her final assist to cement the Lady Bucs&#8217; victory.

Bitburg outscored Hanau (5-1) 21-11 in the final 16 minutes in bouncing back from a loss to Hanau on Friday.

Aviano, Sigonella stay tiedIn Italy, Aviano and Sigonella remained in lockstep. Courtesy-rule sweeps by Aviano at American Overseas School of Rome and by Sigoenlla at Milan left both teams 6-0.