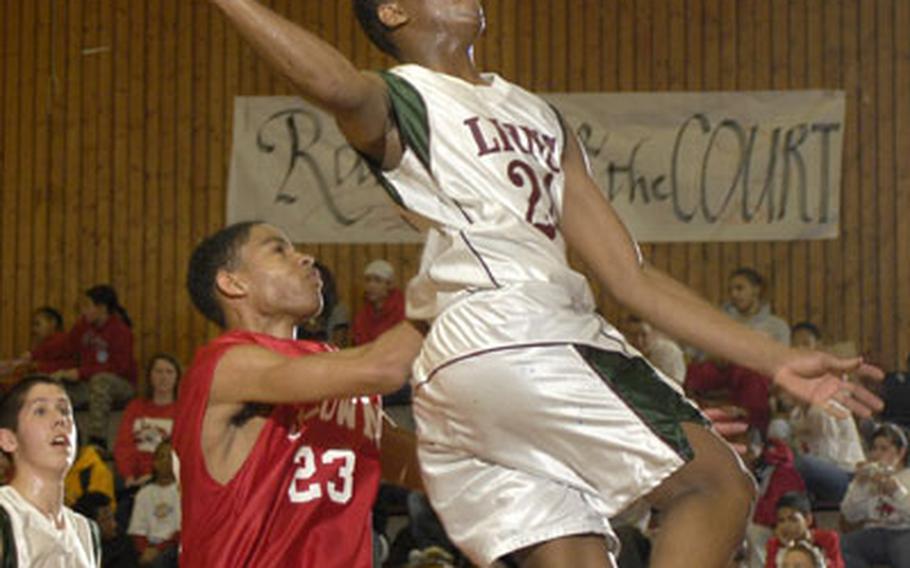 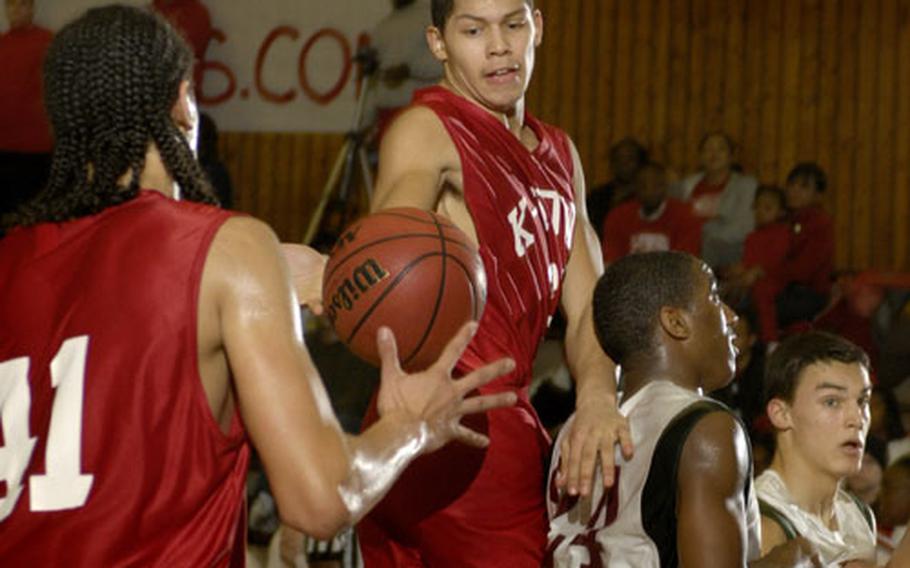 Kaiserslautern&#39;s Marcos Velazquez dishes the ball on the fly to Sayf Kone during a drive in the second half of their home game against AFNORTH Saturday. (Ben Bloker / S&S)

KAISERSLAUTERN, Germany &#8212; Kaiserslautern defeated AFNORTH 61-36 in a DODDS-Europe Region II boys basketball game Saturday to wrap up a weekend sweep and move over the .500 mark.

Kaiserslautern used a balanced attack Saturday, with five players scoring between eight and 10 points. That was typical of the team&#8217;s play.

That was not the case for AFNORTH, which had one clear star. Leonard Frederick showcased his hoops skills and athletic ability by scoring 19 points for AFNORTH to lead all scorers Saturday.

Kaiserslautern jumped to a 7-0 lead as the Lions had a hard time penetrating the Raiders&#8217; defense. Frederick&#8217;s five first-quarter points were not nearly enough to counter the balanced Raiders attack. Kaiserslautern led 16-7 at the end of the period and 26-14 at halftime.

The Raiders started the second half with something that did work well &#8212; a furious press that produced six unanswered points in the opening minute. AFNORTH couldn&#8217;t catch up, as Frederick was the only Lion who could find the basket with any consistency.

Kaiserslautern poured it on with 18 points in the final quarter. Sayf Kone led the assault, scoring six of his eight points in the period, as the Raiders made liberal use of its subs.