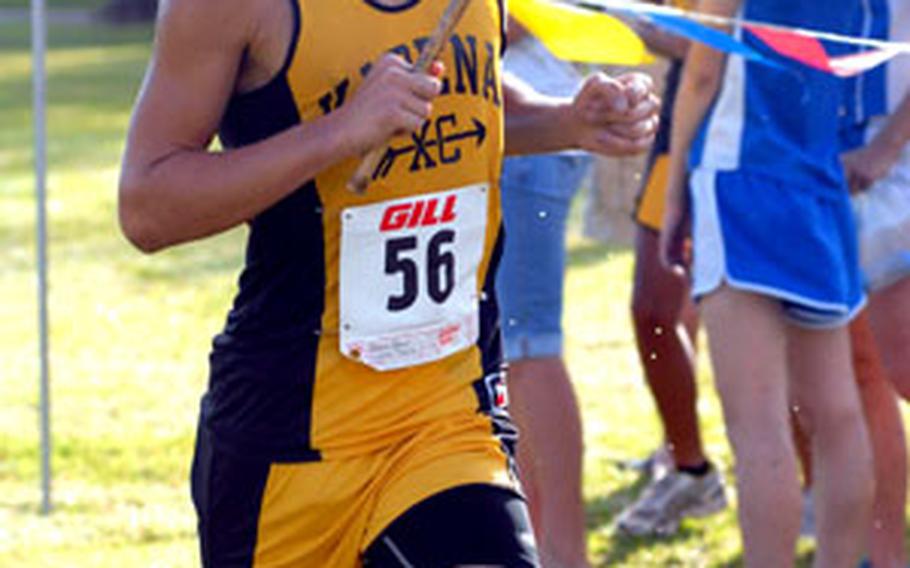 KADENA AIR BASE, Okinawa &#8212; What Brant Casteel and Chasity Cordova failed to do Monday in their individual races, they accomplished as a relay pair on Tuesday &#8212; and paced Kadena to its fourth Far East High School Cross Country Meet team title since 2002.

&#8220;They showed they are capable of coming in first,&#8221; coach Tom McKinney said of his two top runners.

Casteel lost Monday&#8217;s 3.1-mile individual race to Quallio by a minute, while Cordova lost to Gee Mi Jorde of Nile C. Kinnick when she missed a course boundary flag and had to retrace her steps.

The junior and two-time Okinawa Activities Council champion credited Cordova, a sophomore who won the OAC title for the first time, with the victory. She built a 35-second lead on her second leg of the relay, and Casteel held it the rest of the way.

That the two rebounded to take the relay, and pace Kadena to its second straight team title and DODDS-Pacific-record fifth overall, was &#8220;far more important,&#8221; Casteel said, than individual honors.

Thought to be rebuilding entering the 2007 season, Kadena instead continued work on its budding dynasty. And McKinney is confident that will continue. He loses only two runners, senior Jacob Bloom and freshman RioShaune Harris, who transfers to Ramstein Air Base in Germany.