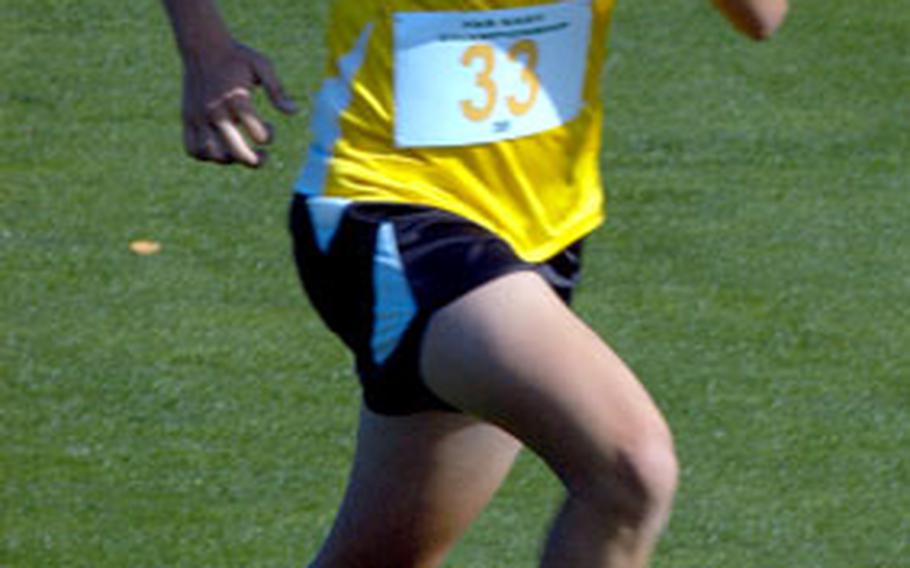 Kadena&#8217;s Victoria Lyle had grown decidedly weary the last three years of living in the shadow of and being compared to her older sister, Kim, who won the 3.1-mile girls individual race in the 2002 Far East High School Cross-Country Meet on Guam.

On Monday at Misawa Air Base, Japan, Victoria emerged from that shadow in style.

It was Lyle&#8217;s first victory this season. She placed in the top 10 in every Okinawa Activities Council meet this season, but never had a whiff of first place until Monday.

Lyle&#8217;s individual victory, however, wasn&#8217;t enough to keep Kadena ahead of Seoul American in the girls&#8217; team standings. The Falcons placed four runners in the top 10 to three for Kadena.

The Panthers did lead the boys standings, with the 31.5-mile team relay on tap Tuesday to conclude the two-day meet.