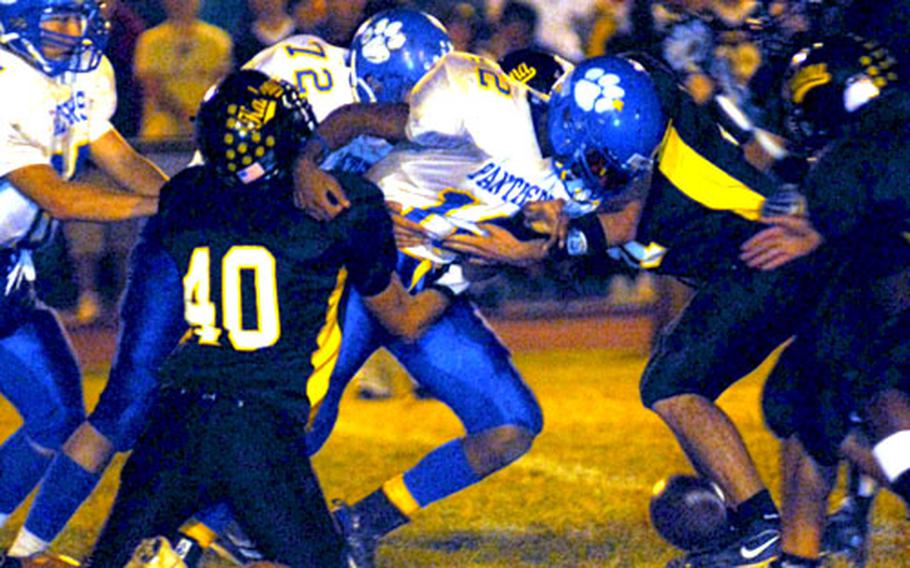 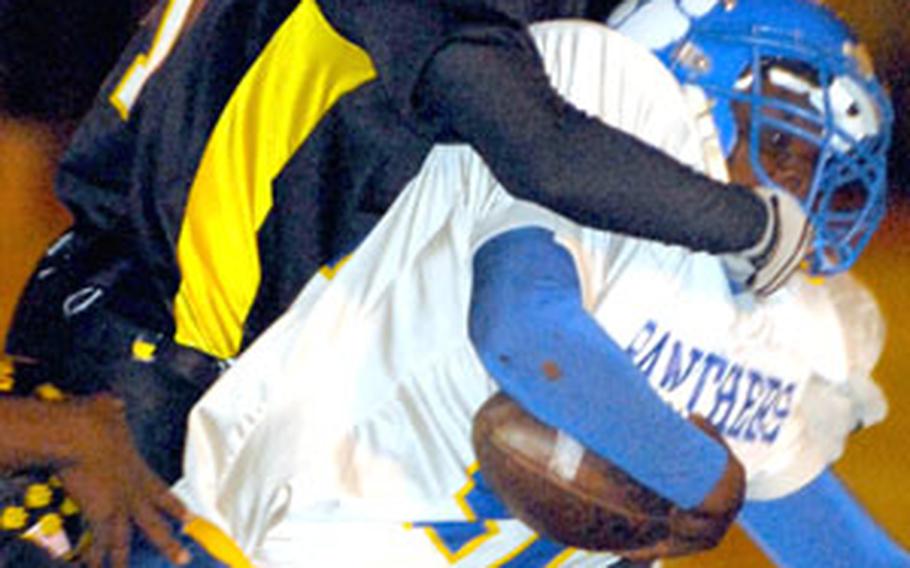 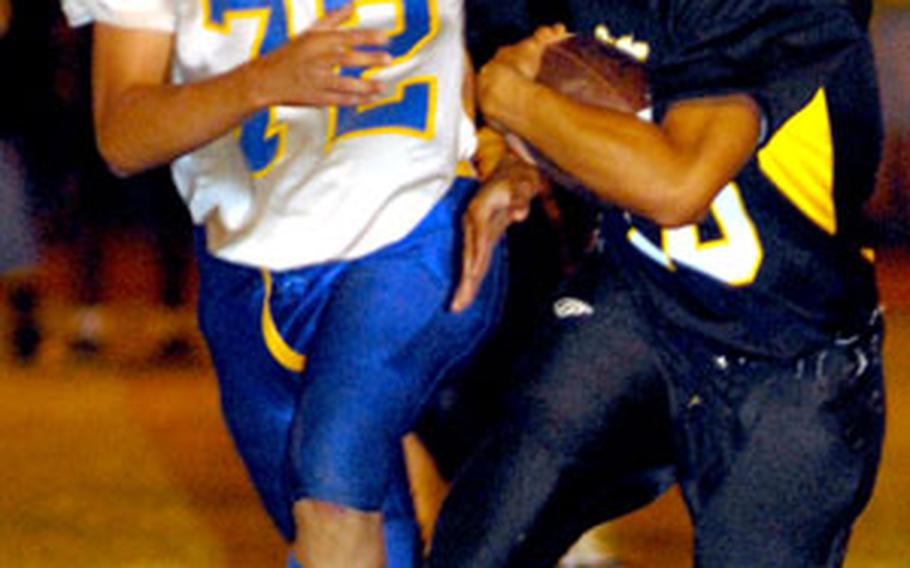 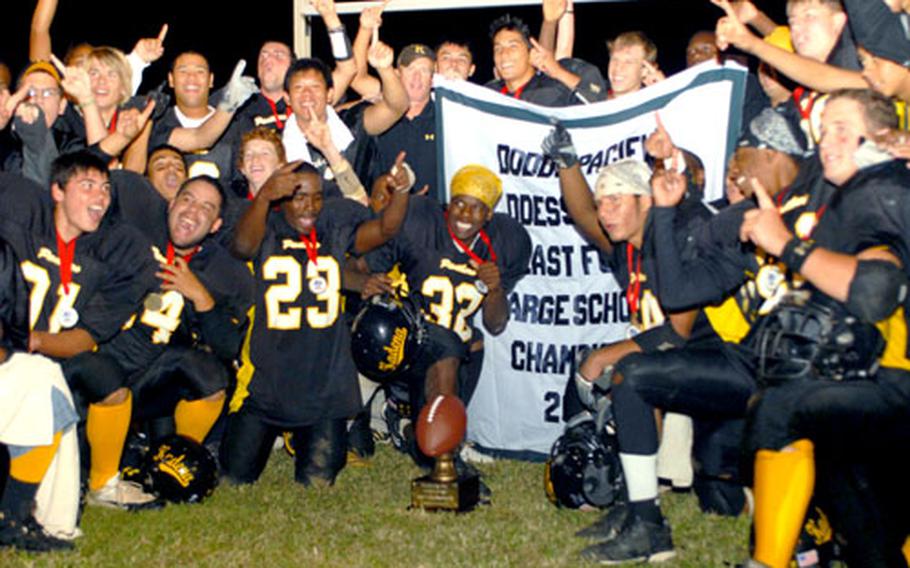 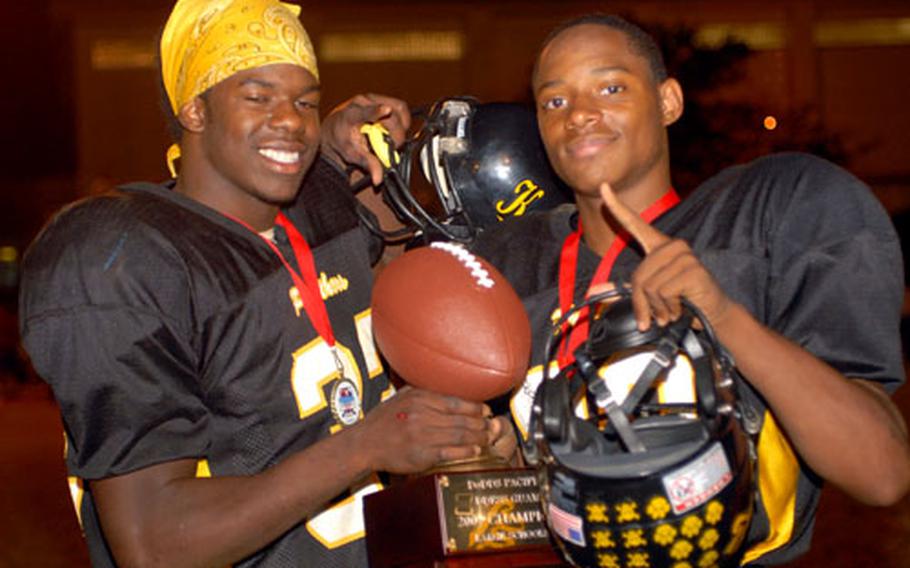 KADENA AIR BASE, Okinawa &#8212; Four touches. Four touchdowns. Everything Brandon Harris touched in the second half came up sixes.

Before a joyous throng of nearly 2,000 at Kadena&#8217;s McDonald Stadium, Kadena (4-0) finally lassoed the Class AA title that barely eluded it last Nov. 11, when the Panthers lost a 12-6 overtime heartbreaker at Seoul American.

It looked as if the host Panthers had their work cut out for them as Yokota rallied from a 7-0 deficit to go into halftime leading 13-7.

Yokota promptly launched a drive of its own, going 77 yards on six plays in 1:50. Fullback Tony Presnell took a trap handoff 45 yards untouched down the right sideline to tie the game.

From there, it was all Kadena, which held Presnell and McNeill to eight yards on 10 second-half carries and scored every time it had the ball.

Harris dashed 42 yards up the left sideline to tie it 13-13 two minutes into the second half. Coronado ended the third quarter by taking another trap run 6 yards for a TD that put Kadena up 19-13.

Two plays later, Harris tipped Harvin&#8217;s pass into his hands and raced 44 yards up the right sideline to make it 32-13.

Yokota (10-1) came up short in the title game after losing in 2005 and 2006 in the Class AA semifinals. Prior to that, the Panthers won five straight DODDS-Japan Rising Sun Bowl titles.