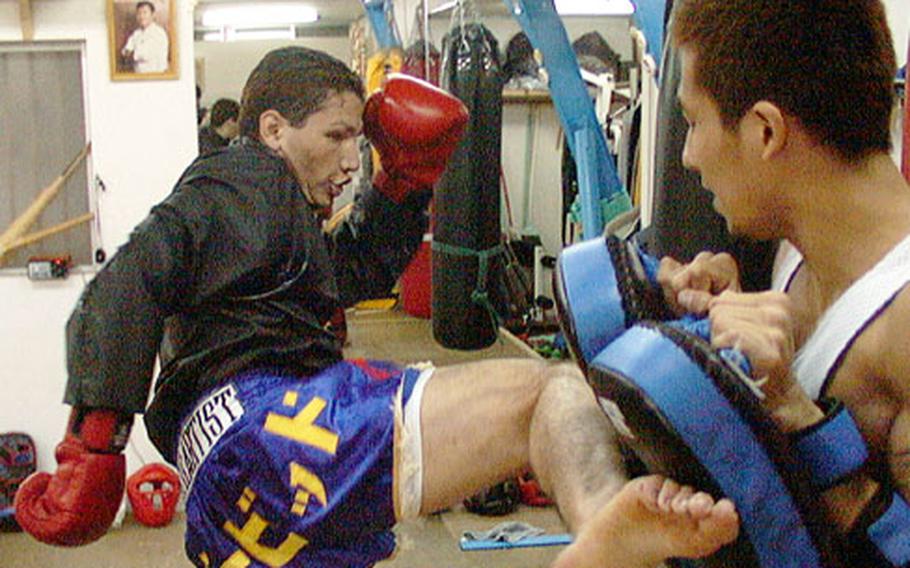 His day job is processing cargo at Kadena&#8217;s 733rd Air Mobility Squadron. But in his spare time, the senior airman is a premier kickboxer who plans to tangle with the world champ.

According to Archuleta, negotiations are under way for a June 15 bout at Tokyo&#8217;s Korakuen Hall against Eric Castano (33-0, 20 knockouts), the world light-welterweight champion.

Archuleta beat Japan&#8217;s top-ranked light-welterweight Muay Thai fighter on March 23. Before that victory, Archuleta was ranked No. 9 in Japan&#8217;s Martial Arts Kickboxing Federation. The new rankings haven&#8217;t been released, but he expects to climb to second or third following last month&#8217;s upset.

Archuleta became interested in kickboxing after transferring to Kadena in 1999. He turned professional in 2001 and quickly rose through the ranks, becoming Okinawa&#8217;s champ last June.

Although he now earns about as much money from kickboxing as he does from the Air Force, he&#8217;s not planning to leave the military for a career in fighting.