Kadena hoping that small core has enough for another run 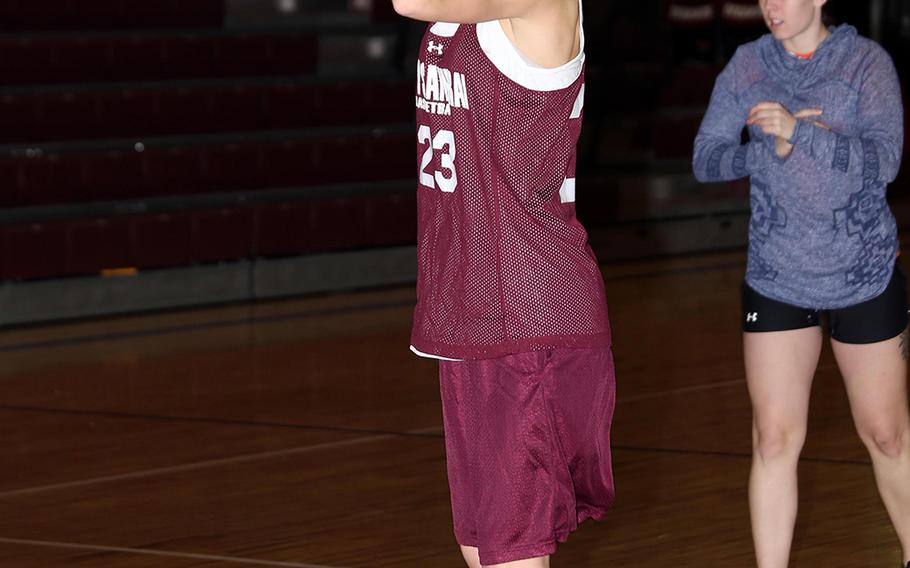 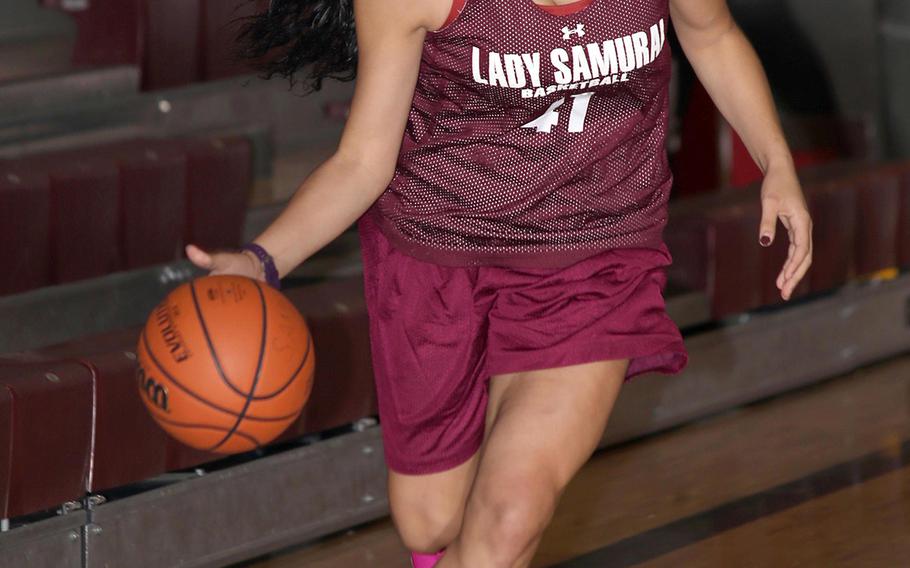 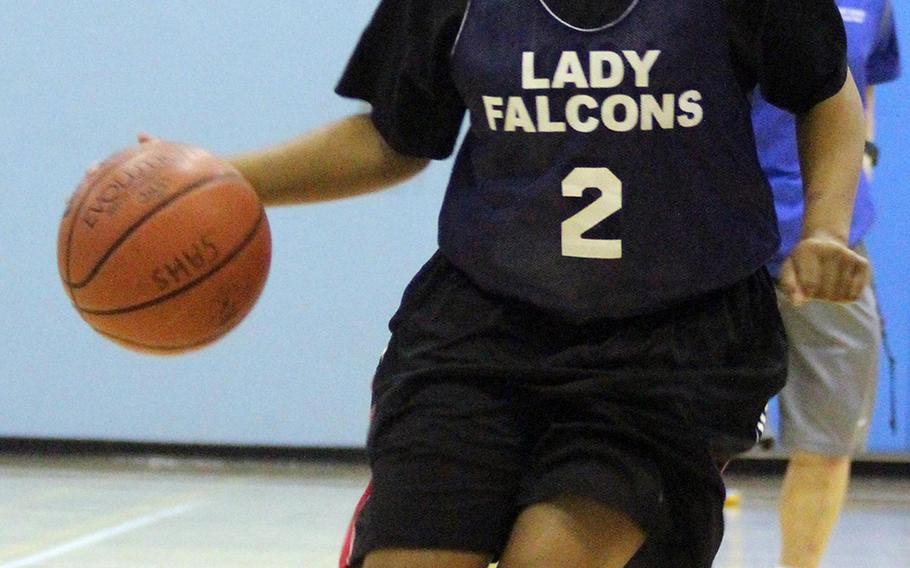 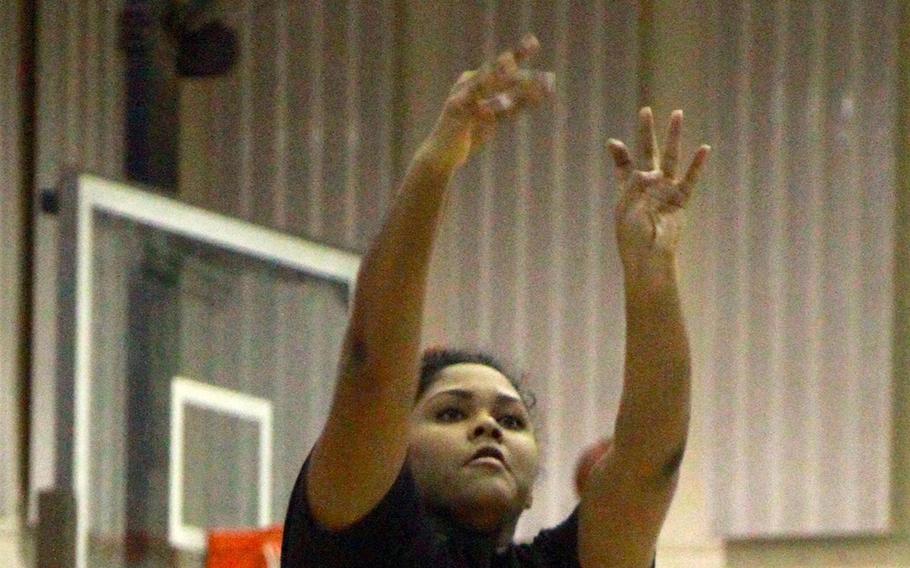 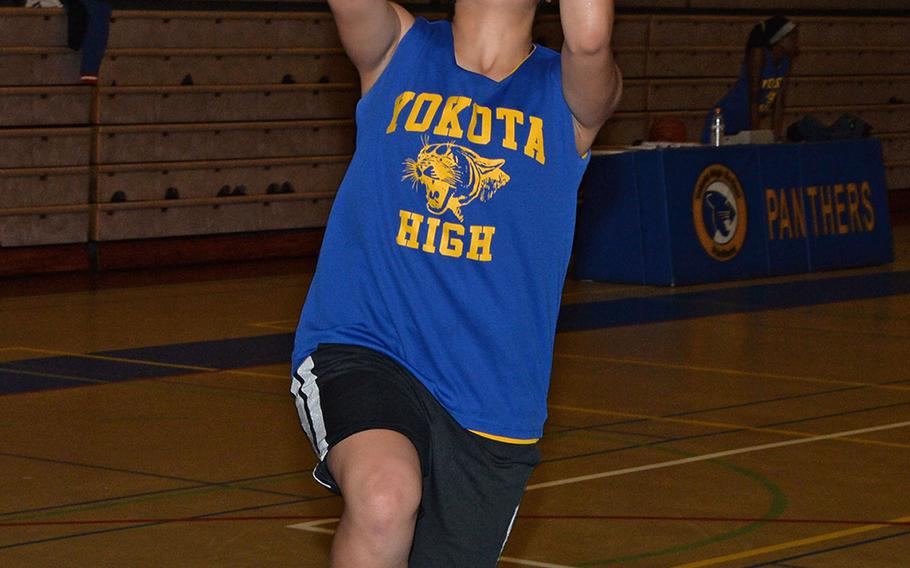 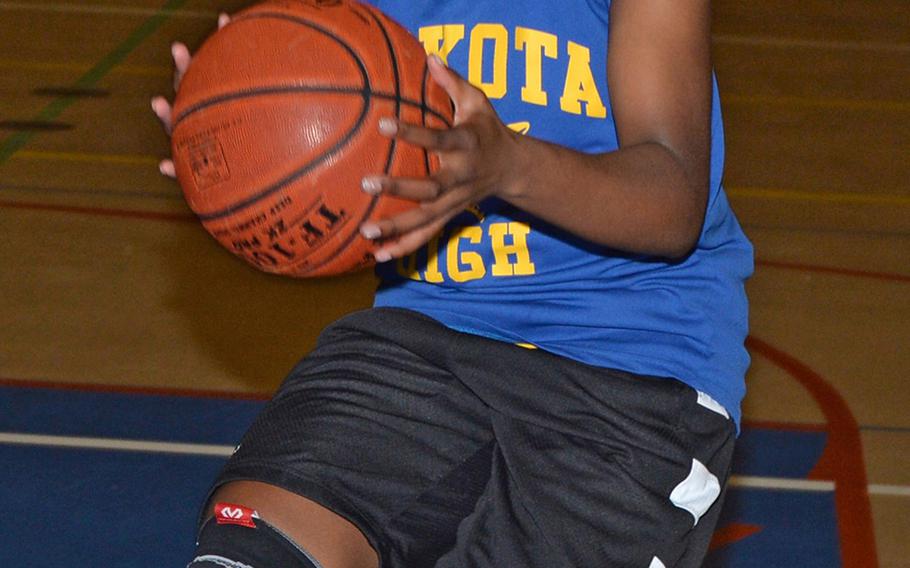 KADENA AIR BASE, Okinawa – On paper, it might seem that Kadena’s best chance at that ever-elusive seventh Far East Division I girls basketball tournament title may have come last season, Jasmine Rhodes’ final one in black and yellow.

Now that she’s graduated, has the Panthers’ time come and gone? They’ve been Okinawa champions every season since 2002, but have gone without a D-I banner since 2008 and have finished second three times the last four years – including 2015 – and third the other.

Coach Willie Ware says the challenge might appear daunting, but he’s confident in the core five who return for another run. They include three seniors, guard Rheagan Wyche and forwards Tiarrah Edwards and Brenda Gulley, plus guards Rhamsey Wyche and Linda Vaughan.

“I’ll take those five into battle any day,” said Ware, in his fifth season at the Panthers’ helm.

It’s depth, something Ware hasn’t had to worry about the last few years, that may loom as a question mark for the Panthers. Behind the starters, he has all new players, just two from the junior varsity.

“It’s going to be tough,” he said, adding that Rhodes was “a big part the last three years; she led us in every category last year. We went 10 deep last year and only five are back.”

Ware says he hopes those coming off the bench can get some playing time to help spell the starters and get the team ready for another run.

The rest of the Division I field appears on the young side as well, including the team that’s ended Kadena’s seasons the last three years, two-time defending champion American School In Japan.

The Mustangs took their lumps in the Hong Kong holiday tournament last week, but are unbeaten thus far against Kanto opponents. And Ware says it’s hard to forget how Kadena beat ASIJ in Far East pool play 65-47, only to lose 46-38 to the Mustangs in the final.

Kadena’s island rival, Kubasaki, sees longtime mentor Robert Driggs return to the bench after a one-season hiatus, and the Dragons bring in talent from other sports, including teams that won the last two D-I volleyball and soccer tournaments.

“A lot of good things are going to happen to us this season if we can stay healthy and improve daily,” Driggs said.

Volleyball also has its imprint all over Matthew C. Perry, eighth a year ago at Far East Division II. The Samurai return two-time All-Far East shooting guard Naomi Ziola and are imposing underneath with sisters Ani and Lebet Erhart – almost the entire starting lineup.

The Erharts were part of a Samurai team that lost in four sets in the D-II volleyball final to International School of the Sacred Heart last month. “It was an early hard loss and I don’t think any of us want to go through that again,” Lebet Erhart said.

Reigning D-II champion Yokota bid farewell to four-year starter Sarah Claypool, but is rich in guards with veterans Sarah Cronin and Jamia Bailey back and freshman Kaliah Henderson and sophomore Taylor Peche behind them. Senior Caitlyn Rowan returns in the paint.

Being the hunted is something new to the current Panther crop; they’d not won a Far East tournament title since 1991.

“If we keep working hard and playing our best, I think we can do it again,” Bailey said.